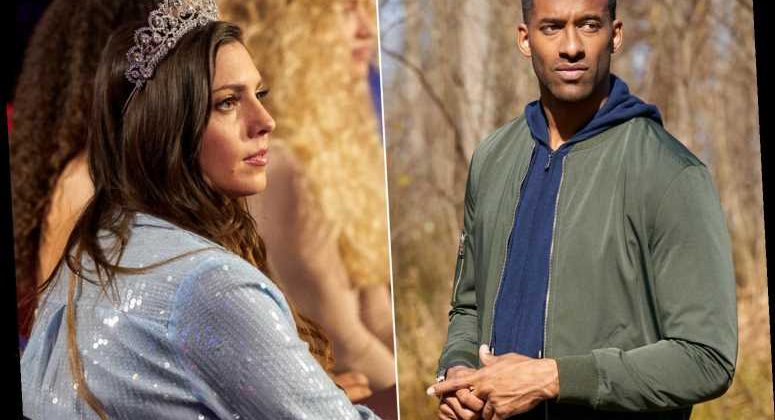 Rachel Lindsay deletes Instagram due to harassment from Bachelor Nation

Rachael Kirkconnell of ‘The Bachelor’ asks fans to stop defending her

Matt James came face-to-face with his former love interests on Monday’s “The Bachelor: Women Tell All” special, where he apologized to “Queen” Victoria Larson following their less-than amicable parting on air.

Larson, who exited the show during Week 5 amid bullying claims from fellow contestants, spoke to James about her experience on the show.

“It’s been hard watching the show back, because, yes, I was involved in drama, and that was a really hard learning experience because I do feel like I could’ve had a shot at a more of a romance,” Larson said. “With my exit, it kind of just hurt my feelings how I saw you said, um, like I need to self-reflect, and, ‘I have no words for her,’ because I felt like I had done my best to open up, and I just have, like, tremendous fear of rejection, so that was why my exit was just a little dramatic.”

Larson added she was going through “just levels of pain at that time.”

On the night of her departure in February, James told Larson: “Now I’m doing the other women here a disservice by not making this a safe space for everybody.”

Following the rose ceremony, Larson, 27, said she felt “so sorry” for James for listening “to hearsay and not all of the facts behind a situation.”

On Monday night’s special, James told Larson that when people ask him about her he has “nothing but good things to say.”

“I know that — again, I’ve never been in, in your situation, uh, not only facing from being on the other side of the rose but just your life experiences, so I apologize if you felt offended that night,” James said.

Embattled “Bachelor” host Chris Harrison helmed the special, which was taped on Feb. 4, 2021 — before the controversy surrounding him started. Emmanuel Acho, a former NFL linebacker, will host the upcoming “The Bachelor: After The Finale Rose” special.

Last month, Harrison gave an interview to “Extra” saying fans should offer current contestant Rachael Kirkconnell “a little grace, a little understanding” for her past racist actions. Kirkconnell apologized, while Harrison also apologized for “perpetuating racism” and stepped away from the franchise.

Kirkconnell and the other two finalists weren’t part of Monday’s “Women Tell All” special.

James, the first black “Bachelor” in the show’s history, recently spoke out about the controversy, saying: “The reality is that I’m learning about these situations in real time, and it has been devastating and heartbreaking to put it bluntly.”

The “After the Final Rose” special is slated to air Monday, March 15, following the Season 25 finale.