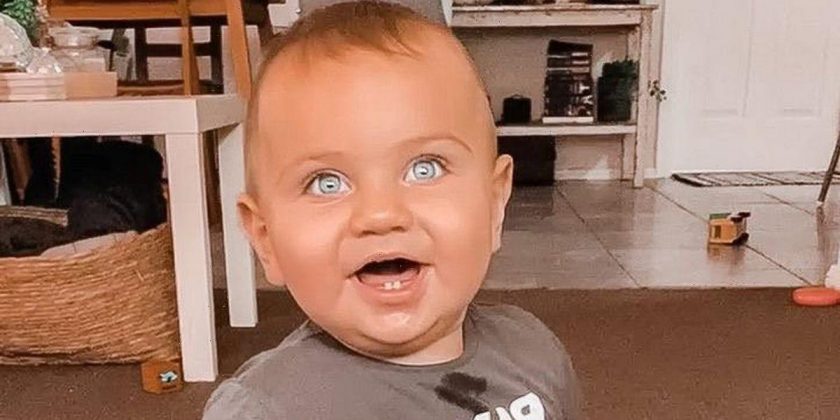 A year old baby has grown so big so quickly that he now needs to wear adult sized nappies.

Baby Sonny weighed over 9lbs when he was born last December – making him a normal sized newborn.

But, he’s continued growing and now weighs in at a massive 36lb – that’s 2st 5lb or the average size of a four year old according to babycenter.

The not-so-little one has consequently grown out of the largest size of Huggies nappies on shelves and so has to wear grown up ones instead.

In a video on TikTok, mum Jayde Leeder, 42, explained that baby sizes don’t fit around her son’s waist.

The mum-of-three stated that when she was pregnant doctors were worried that she may have gestational diabetes due to the size of her stomach and some marked weight loss.

They checked for the condition – a form of diabetes that starts during pregnancy and ends after brith – but Jayde was cleared.

When Sonny was born he was simply a little larger than they had expected though still within the normal range.

Jayde, from Sydney, Australia, said: "When I was pregnant he always measured a week or two bigger.

"Doctors were concerned about his size and they originally thought I had diabetes but thankfully that wasn't the case – I just had a special boy on the way.

"His dad is a big solid Russian and and my oldest was over nine pounds when he was born so it was to be expected in a way.” She continued: “Sonny's a happy little character and he makes some hilarious faces – he is very cheeky.

"He knows when he’s doing something he shouldn’t be and thinks it’s funny to see my reaction.

"He’s crawling and just learning to stand, but I have some skeletal problems and he seems to have inherited a few hypermobility issues as his ankle joints are a bit stiff.

"It's nothing serious though and he is having regular physio so he will walk soon enough.”

The “mum noted: “I’m very lucky to have him in our beautiful family and can't wait to watch him grow and develop in the future."