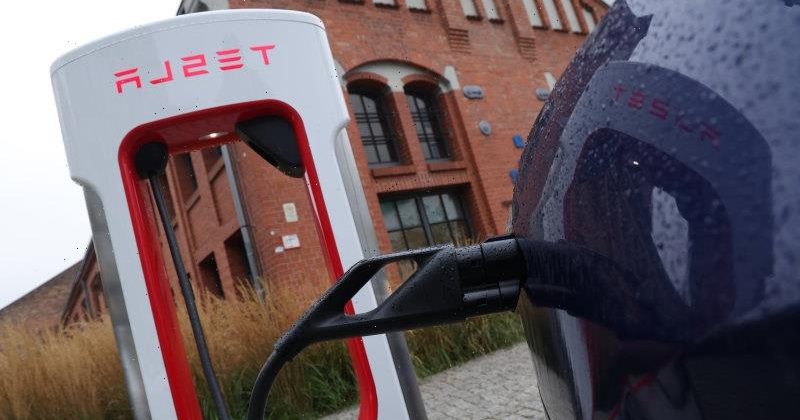 At a recent tech conference in America, Tesla executive Martin Viecha asserted that producing an electric vehicle “is so different from an internal combustion engine, it allows for a third revolution in automotive manufacturing”. That Tesla’s market capitalisation is higher than all other global car manufacturers combined is evidence it is leading the early stages of that revolution.

So when Tesla’s chair, Robyn Denholm, says Australia should revive its auto industry by making batteries and electric vehicles to meet soaring global demand, as she did this week, governments and the manufacturing industry should pay careful attention. 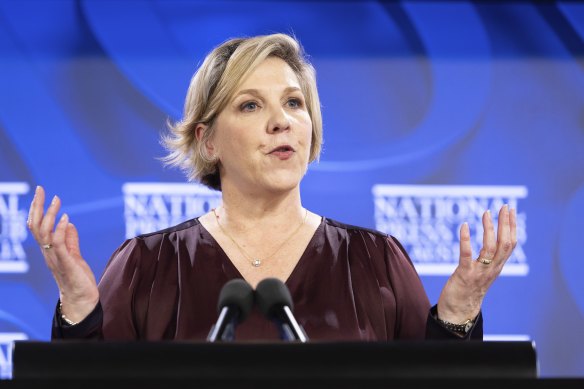 As Denholm sees it, “Australia is in a unique position because we have the minerals here that other countries don’t have”. She is right. Australia is the world’s biggest exporter of lithium, one of the major components of batteries, and yet most of it is sent to China and other Asian nations, where it is refined and turned into power storage for electric vehicles. Australia also has the world’s largest supply of nickel, rutile, tantalum and zircon, and is in the top five for cobalt, lithium, copper, antimony, niobium and vanadium – all critical ingredients in batteries, solar panels, wind turbines and consumer electronics.

The demand for these minerals will be enormous. It is estimated that for the world to reach net-zero emissions by 2050, car companies will need to manufacture 2 billion electric vehicles. For any doubters of the transition to electric vehicles, this week US President Joe Biden committed $US900 million ($A1.3 billion) to expanding the nation’s network of electric rechargers.

Last month, California introduced a law banning the sale of all internal combustion engines by 2035. And while in the past the influential state led the way in cutting car emissions, this time it was playing catch-up. Led by General Motors, which has pledged to only produce electric vehicles by 2035, every other major car company has agreed to gradually phase out purely internal combustion engine vehicles.

The bigger question is not whether they can do it, but whether they can do it fast enough to survive. While Tesla is the most recognised electric vehicle company, it is facing increasingly formidable rivals in China. In the first half of this year, Chinese car company BYD sold 641,000 electric cars, compared with 564,000 sold by Tesla. There is no doubt China sees this “third revolution” as a unique opportunity for its local manufacturers to carve out a large section of the global car market.

This illustrates the opportunity for Australia. It has been only five years since Holden shut the last car production line in Australia. For decades, the local industry hired many thousands of skilled workers. When it closed in Australia, many local auto engineers were hired by Tesla to assist in developing the new electric vehicles and setting up its production process. Australia is a country that could, and should, again be involved in vehicle or component manufacturing.

But that is not the only area where we have been slow off the mark. Australia is one of only a few G20 countries with no mandatory standards for fuel efficiency. This means it has become a dumping ground for polluting vehicles. The chief executive of the Federal Chamber of Automotive Industries, Tony Weber, said recently Australia was now at the end of the global queue for electric vehicles, with new stock being sent to countries that had moved quicker on emissions standards and had established markets.

This combined with Australia’s love of large cars, including SUVs and utes, has meant small, more fuel-efficient cars have fallen from a quarter of all sales to just one in 10 in the past decade. Australia’s average emissions intensity for new passenger cars, SUVs and light commercial vehicles sold last year was 160 grams per kilometre, significantly higher than the European average of 115g/km. Labor under Bill Shorten proposed stricter fuel efficiency standards before the 2019 election, but the policy was dumped after a Coalition scare campaign labelled the policy an attack on tradies’ utes and a threat to the weekend. Now the utes and SUVs dominate the road, almost completely offsetting any emissions benefits achieved by those buying electric vehicles.

Labor has already committed to scrapping import tariffs and offering buyers an exemption from fringe benefits tax for an electric vehicle costing less than $85,000, but Climate Change and Energy Minister Chris Bowen told an electric vehicle conference in Canberra last month that only by quickly introducing fuel efficiency standards in line with world’s best practice could Australia expect to drive down the cost of electric vehicles domestically.

Australia has limited time to play a more active role in this revolution, beyond simply exporting raw materials. As Denholm said this week, “we have the skills, and we can retool and get people into advanced manufacturing”. The challenge for Tesla is to put its money where its mouth is. And the challenge for the government is to provide the regulatory environment to encourage that investment.

Gay Alcorn sends a newsletter to subscribers each week. Sign up to receive her Note from the Editor.