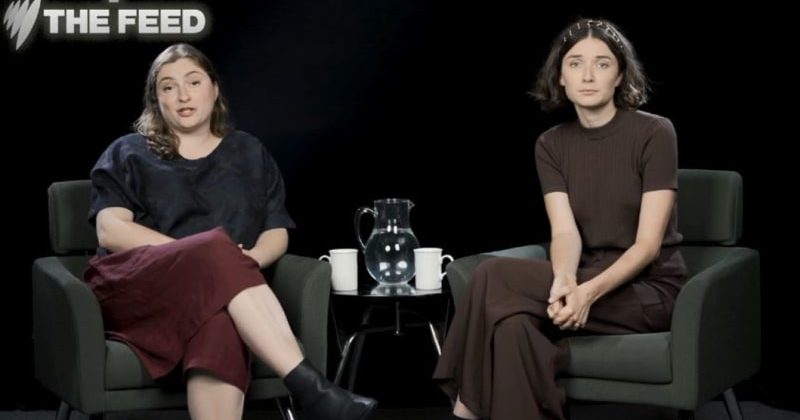 Satirists are being forced to rewrite scripts that deal with sexual harassment in the entertainment industry over fears they could land themselves in court.

Comedians Victoria Zerbst and Jenna Owen, who work for SBS's The Feed, recently canned a sketch about Geoffrey Rush's court case at the advice of the broadcaster's lawyers. Instead, the pair aired a skit about not being able to say anything at all – before launching into a mock-review of the original Pirates of the Caribbean film.

Zerbst said the pair have been flooded with positive responses from women after the skit went to air on Tuesday evening.

"We have a lot of young women who follow our work," she said. "The response from them has been really positive. Defamation laws can be a huge barrier to speaking out publicly about what's happened to them in certain industries. And there's so much at risk with careers and reputations.

"It feels like the balance of power is tipped towards people's reputations. We have a lot of respect for the SBS legal team. But it's a difficult climate to work around and we want to keep the conversation going." 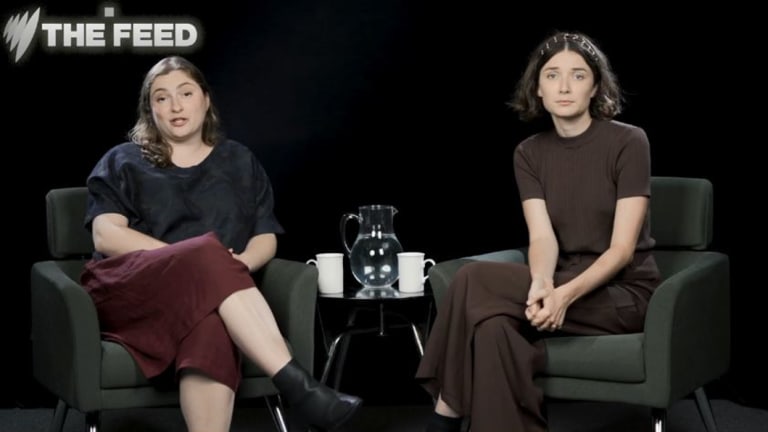 Victoria Zerbst, left, and Jenna Owen from SBS’s The Feed.Credit:SBS The Feed

Owen agreed, arguing comedy has always sought to push boundaries and get people to think critically.

"I think making people laugh through this time – when everything is in flux while we build a better future – is so important," she said. "While the justice system has to be able to run its course, it's also incredibly broken and our job in comedy is to try and remind people that the defamation laws in Australia protect those with power and not those without it.

"We'll use any technique we legally can to tip the scales back."

Michael Bradley, managing partner at Marque Lawyers, said Australia has the most restrictive defamation laws among Western democracies. He said it can be difficult for comedians to defend their work because, unlike journalists, truth is not often an available defence.

"Our laws have a real profound, chilling effect on free expression, including satire and comedy," he said. "Usually, defamation plaintiffs will sue the media company because they have the deepest pockets. But sometimes, they'll sue the writer or performer."

Bradley said a defamation case could be brought against a comedian even if they were performing in a small bar with just a handful of people in the audience.

"You can theoretically have defamation that is communicated to just one person," he said. "Most of the damages are for loss of reputation, so if only a small number of people were actually subject to the defamation and there wasn't much harm, it's probably not going to make it the plaintiff's worthwhile.

"If you've been defamed to a very small audience, you can, of course, make what was a very small issue a very big issue because the media can report on the case. [But] there's no strict defence of satire or making fun of people."