The Australian Ballet has warned that the upcoming three-year closure of Melbourne’s State Theatre, where it would usually stage its biggest and most ambitious performances, poses a big risk to its plans and precarious post-pandemic finances.

In its annual report released on Friday afternoon the Ballet’s board warned of “significant operational and financial impacts” when the State Theatre closes between 2024 and 2026 as part of the bigger redevelopment of the arts precinct.

“Following on so closely from the disruption to our business model caused by the pandemic, the board is most concerned about the risks this project poses to the company’s ongoing operations,” the report said. 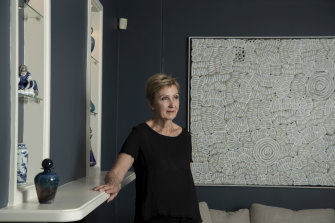 The Australian Ballet is currently in negotiations to use the Regent Theatre instead but that poses some challenges. It has patchy availability and its stage and orchestra pit are smaller than the State Theatre and even the Sydney Opera House – so the company will have to downsize its ambitions for 2024-2026. 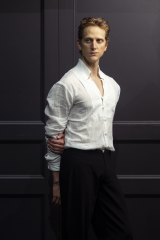 Executive director Libby Christie, who on Friday announced she would be stepping down at the end of this year, said the loss of the State Theatre was a “major issue and concern” for the company.

“It’s the engine room of everything we do,” she said. “It’s where we put five seasons a year, it provides us with the opportunity to present new ballets, and it also helps us generate profitable income.”

There were technical, financial and availability issues around using the Regent as a substitute, she said, which the company was working on with the state government to try to resolve, but it was “a work in progress” and there would be disruptions to the company schedule.

The Regent may have to be adapted to make it more suitable, she said. A state government spokesman said they were working with the Arts Centre and its major presenters such as the Ballet “to ensure a vibrant program of performances continues while essential upgrades and improvements to the State Theatre are being made”.

In March artistic director David Hallberg – who has already had to cope with two seasons mauled by COVID since his 2020 arrival – said he had looked at “probably every theatre in Melbourne” seeking a home for his dreamt-of future productions.

“I’ve come all this way [from New York] to give Melbourne what it wants and fulfil my artistic ambitions,” he said. “And it’s proving a little difficult to find the clear path forward.”

“I know there is one, and I know that wherever we go we’ll be successful. And we’ll fulfil certain, maybe not every artistic ambition I had for the company in those years the [State] theatre is closed… I’m seeing it now not so much in a negative light as a series of opportunities. I really feel something beneficial and vibrant will come out of this.”

Christie said the company was “extraordinarily grateful” that they could limit their losses thanks to this support which included “some very extraordinary and helpful major gifts and bequests”.

“The result could have been a lot worse.”

She anticipated another loss this financial year. They also borrowed $8.5 million from their reserves.

Christie said leaving the company at the end of 2022 was a hard decision but it “feels right” – she will spend more time at home in Sydney “with my very patient husband”.

”David Hallberg and I have worked so well together since he joined us in 2021 and we have developed some ambitious plans for the future,” she said. “It makes sense that a new executive director picks up these plans and has plenty of time to work with David to implement them over the coming years.“

Ballet board chair Craig Dunn said Christie had made an “outstanding and enduring” contribution to the company, leading it through significant change and challenging times with professionalism, energy and resolve.

As money got tight in 2021 the Ballet was forced to spend $1.2 million of a $15 million loan facility it took out in 2020, secured against its Southbank HQ.

The annual report also reveals the company entirely wrote off its $2.1 million investment in An American in Paris, a commercial co-production with GWB Entertainment. The show was a recent critical success in Melbourne, and is now playing in Sydney before seasons in Perth and Adelaide. However, the impact of the pandemic on ticket sales meant the company was not expecting a return.