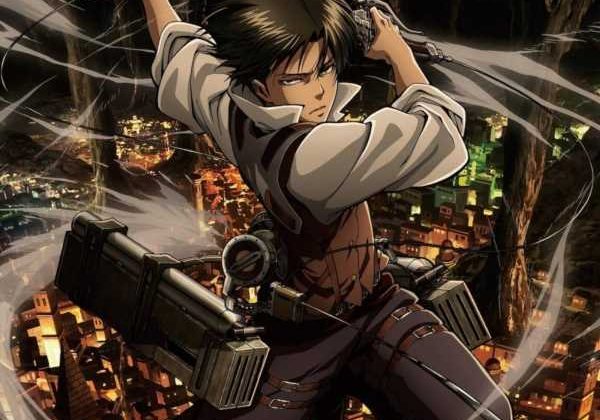 A lot has happened since Attack on Titan Season 4 Part 2 premiered, but there are two characters the anime hasn’t spent much time on recently: Captain Levi and Commander Hange. The last time fans saw them, they were floating down the river. Many questioned whether they were even still alive. Attack on Titan Episode 82 finally offers some answers on that front.

Levi Ackerman has been nearly untouchable since Attack on Titan began, but season 4 sees things going sideways for his character. After another confrontation with the Beast Titan, Levi gets taken by surprise. Although he believes he’s captured Zeke, the other man manages to transform. The blast sends Levi flying.

When Attack on Titan Season 4 Part 2 picks up, the anime shows the captain in bad shape. Not only did Zeke’s blast rip up his face, but he lost a few fingers as well. When the Jaegerists find him, Hange tells Floch he’s dead — but the hesitation as Floch insists on checking Levi’s pulse himself suggests otherwise.

And when Zeke shows up completely naked, Hange takes advantage of the distraction and jumps into the river. Both Hange and Levi float away, and the anime leaves fans guessing about where they are. Thankfully, Attack on Titan Episode 82 offered some clarity about their fates.

Those worried for Levi and Hange can officially breathe easy: Attack on Titan revealed that both characters are still alive. The anime’s latest episode ends with Pieck and Commander Magath coming across them. Thankfully, the pair from Marley doesn’t shoot first and ask questions later.

Although they’re suspicious of the two Scouts, the duo hesitates when Hange approaches and admits they’re unarmed. After that, the conversation turns to Levi. As the anime shows him bandaged in the background, Hange calls him “a harmless fellow who refuses to die.”

Of course, the Levi fans know and love is anything but harmless — and his injuries may remove him from the final battle brewing in Attack on Titan Season 4. But Hange’s sentiment confirms the captain is still breathing. The only question left is what Pieck and Commander Magath intend to do about it.

Will the remaining Scouts team up with the Warriors in season 4?

Although Hange and Levi are still alive, Attack on Titan Episode 82 leaves them at Pieck and Commander Magath’s mercy. The enemy soldiers seem perplexed by Hange’s approach, so perhaps there’s room to negotiate. Knowing how Eren’s actions have split the Paradis Island military, their interaction could even go further than that.

Although the Jaegerists stand firmly behind Eren despite his dubious plan, his friends and superiors don’t seem inclined to follow his lead. Commander Shadis already accepted his fate in this week’s installment. But could Hange and Levi still fight the Rumbling? They’ll need help from other Titan Shifters if they stand a chance. And their run-in with Pieck and Magath provides an ideal opportunity…

New episodes of Attack on Titan drop on Crunchyroll, Funimation, and Hulu every Sunday.