But the offer is only available for a limited amount of time – so you'll need to be quick to get your hands on the 460 ml tubs. 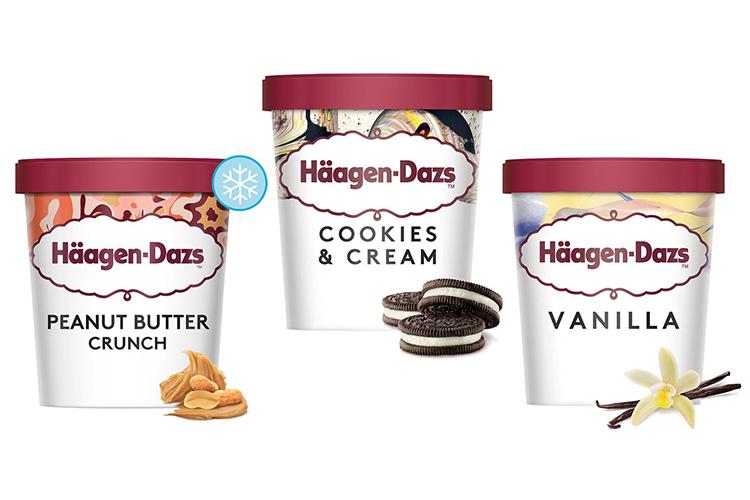 Asda is offering the discount until October 31 both in stores and online, while Sainsbury's hasn't yet clarified either, so we'd advise you to visit your local supermarket as soon as you can.

Asda sells flavour classics such as vanilla and Belgian chocolate to mouth-watering tubs tasting of cookies and cream, salted caramel, strawberry cheesecake as well as the new flavour of peanut butter crunch.

Its product offering is better than Sainsbury's, which only sell three flavours including vanilla, Belgian chocolate, and cookies and cream – but the tubs are still available for the same price.

The offers are the cheapest around at the moment, although Morrisons isn't far behind by always offering the tubs for only £3.

Tesco, Waitrose and Ocado have also discounted the luxury ice cream tubs and offer any two for £7, which makes it £3.50 a tub, as long as you pick up two.

Häagen-Dazs is often considered the cheaper version of Ben & Jerry's, but there isn't actually a huge difference between prices of the two right now – but the Ben & Jerry's tubs are slightly bigger weighing 500ml.

Iceland is currently selling any two Ben & Jerry's tubs for £5, or shoppers can pick up one for £3.

If you love ice cream but are worried about your waistline, you'll want to know that both brands contain a similar amount of calories – around 300 calories per 100g – meaning it doesn't really matter which ice cream you pick.

As of April this year, shoppers can also buy Biscoff-inspired Häagen-Dazs ice creams.

But in May, Häagen-Dazs shrunk the size of its family tubs from 500ml to 460ml, but the prices stayed the same.

Next week Ben & Jerry's is giving away FREE ice cream and hot chocolate – and it's for a really good reason.