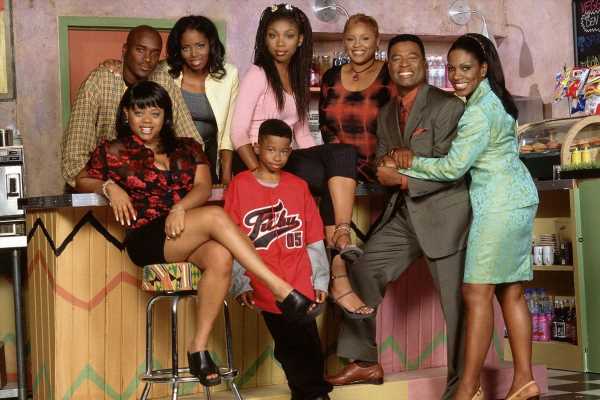 WWD: How did you land the job as costume designer on “Moesha” and its spin-off, “The Parkers?”
Y.B.: “I was hired on “Moesha” originally as a shopper/customer. During the prep of the first episodes, the original costume designer was let go for whatever reasons and I was offered the position. I was so afraid because it was my first big television series of my career as a costume designer. My previous positions prepared me and I had expected to accept.

The cast of “Moesha.”

The cast of “The Parkers.” CBS via Getty Images

WWD: What were some of your favorite looks you created on “Moesha” and “The Parkers?” Was it hard getting luxury clothing back then for Black TV shows?

Y.P.: I have so many great fashion memories dressing the cast of “Moesha” and “The Parkers.” I like the montages and all the fun character clothing. Of course, the designer clothes were a great advantage — I would shop in New York at different showgrounds during the hiatus for the upcoming season. Dee at Showroom 7 was a favorite.

WWD: How important was it for you to dress the cast in Black brands?
Y.P.: It was always important for me to emphasize Black designers, especially on the main titles because they are shown every week. And I felt a responsibility. I live for being able to help and lift new designers.

WWD: We all loved Kim Parker’s style. How did you execute it so well?
Y.P.: Kim Parker’s style was so fun! I was able to get creative. She was a lot like me. I grew up a designer and would cut, redesign and create my own style. Kim and Nikki Parker were so fun!