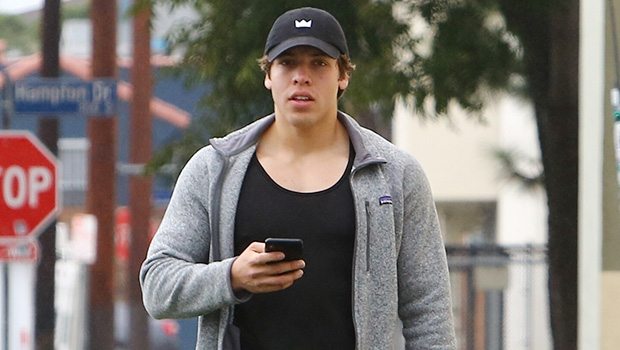 Arnold Schwarzenegger couldn’t be more excited that his 21-year-old son, Joseph Baena, is following in his bodybuilding footsteps, and he’s willing to be there to help him every step of the way.

Arnold Schwarzenegger, 71, is one proud dad! The actor’s son, Joseph Baena, 21, has been working extra hard to follow in his famous dad’s footsteps through bodybuilding, acting and more, and it turns out Arnold has been more than supportive in his aspirations. The father-son duo even work out together at the same Gold’s Gym that Arnold worked out in to achieve his success!

“Arnold is happy and proud that his son Joe is following in his huge footsteps,” a source inside Gold’s Gym in Venice, CA EXCLUSIVELY told HollywoodLife. “Arnold loves that Joe is excited about weight-lifting, fitness and bodybuilding. It warms Arnold’s heart that his son is taking after him and enjoys weight lifting at the same Gold’s Gym that Arnold spent years doing work. The two workout together all the time and Joe feels lucky that he gets to train and learn from his father, the greatest bodybuilder of all time.”

Joe, whose mother is Arnold’s former housekeeper Mildred Patricia Baena, made headlines when he posted an Instagram pic that showed him recreating the same famous bodybuilding pose that Arnold did back in 1975, after he won Mr. Olympia for the sixth straight time. “Joe is close with both his father and mother and has a great relationship with most all in his extended family,” the source continued. “He is a college student at Pepperdine and interested in acting as well as fitness and aspires to follow in his dad’s huge footsteps.”

Getting a great pump with some of the strongest men in the world! Will we see you at the @arnoldsports Strongman Pro?

Getting a great pump with some of the strongest men in the world! Will we see you at the @arnoldsports Strongman Pro?

We can’t wait to see where Joseph’s bodybuilding career goes from here! He definitely has the genetics and seems to have the drive to go far!