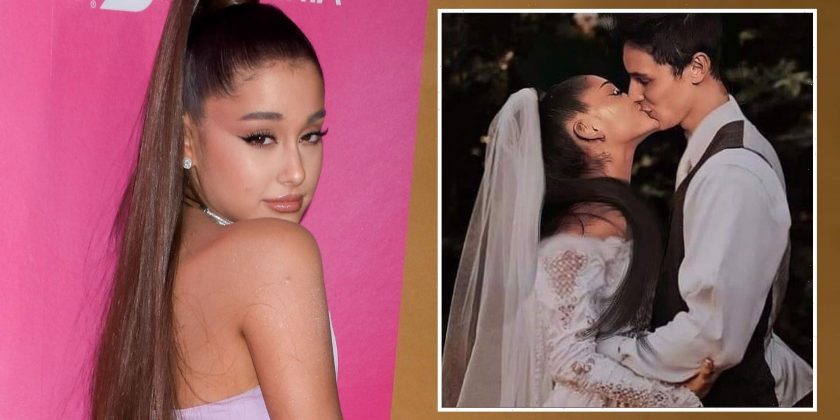 Ariana Grande shocked the world after it was announced that she secretly tied the knot with Dalton Gomez in a low-key ceremony.

On top of this, it has also been revealed that Gomez, who works as a real estate agent, had a hand in designing their wedding band.

According to People, Dalton teamed up with jeweler Jack Solow to create a custom diamond band for his singer-wife.

While speaking with E! News, the jeweler described the wedding band as beautiful and tasteful with a mix of platinum and diamond.

Solow also shared how the couple’s wedding ring came together.

“Dalton was involved in every step of the selection process through FaceTime and Zoom since he was on the west coast and I was here in my office in New York. He was very, very specific about what he wanted. He had very strong feelings about how he wanted this to look, a contemporary kind of way,” the jeweler said. “It was his idea to do the diamond on an angle and he said to me we had to incorporate a pearl into the finished piece because it is very sentimentally special, the element of a pearl is very, very sentimentally special to Ariana. He wanted to include that in the ring,” the jeweler added.

In 2014, Grande revealed that her grandmother, Marjorie had a special ring made for her after her grandfather passed away.

“Nonna had a ring made for me w/ the pearl from grandpa’s tie pin. she says he told her in a dream it’d protect me,” Grande revealed at the time.

As of late, Grande and Gomez have not yet shared a glimpse of their wedding ring, but a rep for the singer already shared some information about the couple’s recent ceremony.

“They got married. It was tiny and intimate — less than 20 people. The room was so happy and full of love. The couple and both families couldn’t be happier,” Grande’s rep said.

Grande and Gomez reportedly tied the knot at the singer’s house in Montecito because they love the place.

“Both Ari and Dalton love Montecito. They spend a lot of time there. It seems only natural that they would get married at Ari’s beautiful and historic house,” a source told People.

Grande announced her engagement to Gomez in December 2020 after dating in January of the same year.