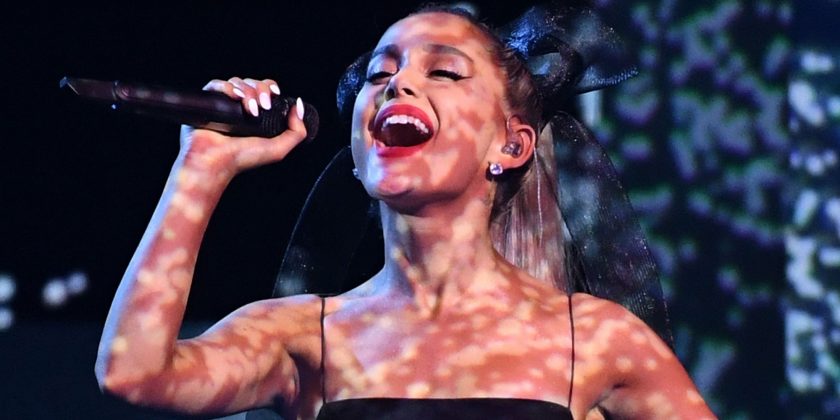 first wives club 2018 …… @theellenshow tomorrow ? i love you @victoriamonet @taylaparx … thank u, next

Ariana Grande and Pete Davidson have been broken up for less than a month, but the singer seems to have already moved into the acceptance phase of the grieving process.

Grande, 25, performed her latest single, “Thank U, Next,” on “The Ellen DeGeneres Show” on Wednesday, and wasn’t subtle about referencing her failed engagement to the “SNL” comedian.

Not only did she wear a bridal-style blazer dress with lace accents and thigh-high white boots, but Grande also had the entire stage set as a wedding reception — complete with white cake, table settings and tons of flowers.

Joined by Victoria Monét and Tayla Parx, who both have writing credits on the breakup anthem that calls out Grande’s exes Pete Davidson, Big Sean, Ricky Alvarez and Mac Miller, the pop star paid tribute “The First Wives Club” both in costume and performance.

The trio’s choreography channeled Goldie Hawn, Bette Midler and Diane Keaton’s performance of “You Don’t Own Me” in the 1996 movie, which follows a trio of divorcées seeking revenge on their ex-husbands.

This marked the first time Grande has performed the song live since releasing it on Saturday.

Despite giggling over a misstep that nearly caused her to fall, Grande got choked up at one point during her performance, visibly holding back tears while singing about walking down the aisle with her mom someday.