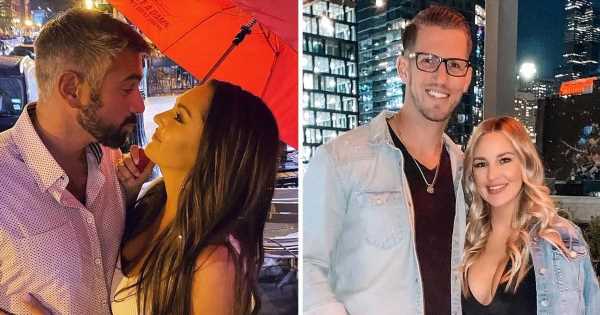 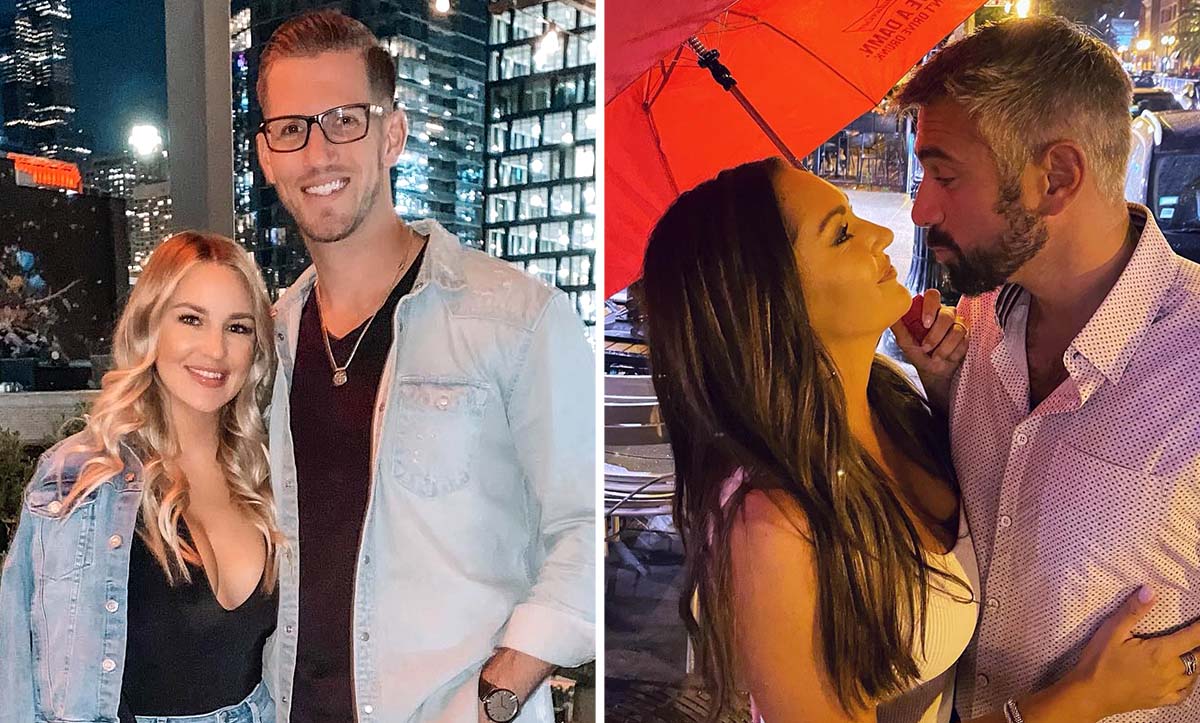 On the cutting room floor. As season 2 of Love Is Blind makes waves ahead of the finale, fans are learning about two couples that Netflix opted not to follow after they got engaged in the pods.

‘Love Is Blind’ Couples: Who Is Still Together and Who Broke Up?

Caitlin McKee revealed she left the dating experiment with a ring on her finger after she “found love” with Joey Miller — but they aren’t still together.

“[Joey] and I had an amazing summer and fall with the opportunity to travel, meet each other’s families, and build a genuine relationship without the cameras and crew. Although we ultimately chose to go our separate ways recently, we are choosing to remain friends and he will always hold a special place in my heart,” she wrote earlier this month via Instagram. “I will be forever grateful for this experience. I made genuine connections with friends that will be in my life forever, laughed harder than I have in years, cried more than I probably should have, but most importantly I learned a heck of a lot about myself and who I am and want to be as a person.”

Joey also acknowledged their relationship, referring to his now-ex as a “strong, caring, and compassionate woman” via Instagram.

“This was a much more meaningful experience than many who watch perceive it to be,” he continued. “100% focus dedicated to finding out who I am, what I need in a life partner, and what I can provide to a lifelong relationship. All day, every day, 10 days. For a guy who spends most of his time striving at work or chasing travel experiences, learning how to connect in this way was ultimately one of the best things I’ve ever done.”

Kara Williams and Jason Beaumont are the second couple who were set to wed after getting engaged in the pods — but they aren’t together anymore either.

“Kara, has been one of the most charismatic, loving, & supportive people I’ve ever met, she is hands down one of the strongest women I’ve ever been around. Getting to see her on the red carpet was without a doubt the best feeling I’ve ever had in my entire life, it’s gives me goosebumps just thinking about how beautiful she looked,” Jason wrote on social media. “This entire experience was such an emotional rollercoaster for both of us, but at the end of the day we always found a way to make each other laugh. Unfortunately, we have since parted ways, but that will never take away the feelings & love I had for her throughout this process.”

Couples Who Survived the Reality TV Curse (So Far)

He added that their relationship was “authentic,” explaining, “Kara & I had conversations in 10 days, that had never even come up in my previous long term relationships. I remember the first 2 days of dating these amazing women in the pods, I was so nervous, and afraid to be vulnerable. Kara found a way to knock that wall down for me & be myself which became the turning point for me in this entire experiment. Being a part of Love Is Blind has been the most rewarding, & meaningful experiences I’ve ever had. Regardless to how it may come across to all viewers, I’m beyond grateful for everyone that’s been apart of my journey, & can’t wait to watch my close friends continue to grow on theirs ♥️.”

During a recent interview with Variety, creator Chris Coelen admitted it’s “a lot of guesswork” when it comes to picking which couples to film after the pods.

“We don’t know what’s gonna happen. In season 1, we were following Kenny Barnes and Kelly Chase, and we were like, it’s gonna be so boring. They’re gonna say yes, and, of course, they’re getting married. And they didn’t,” he said. “We had no idea and continue to have no idea what’s going to happen in the stories that we choose. If we are so lucky as we have been in season 1 and season 2 to have more engagements then we’re able to follow, then we go with our gut. Like, these seem like a good, genuine, cross section of authentic stories.”

Season 2 of Love Is Blind followed six couples — Shayne Jansen and Natalie Lee, Nick Thompson and Danielle Ruhl, Shaina Hurley and Kyle Abrams, Abhishek “Shake” Chatterjee and Deepti Vempati, Mallory Zapata and Salvador Perez as well as Jarrette Jones and Iyanna McNeely. With the exception of Shaina and Kyle, who split shortly after the group trip to Mexico, fans will have to wait until the Friday, February 25, finale to see which duos say “I do.”