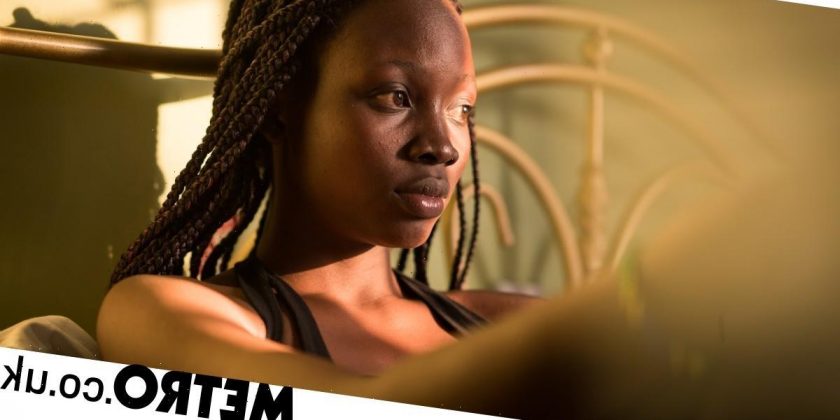 Black survivors of domestic violence are being treated unequally by police and are unable to access the same level of specialist help.

According to Refuge, the UK’s largest single provider of domestic abuse services, Black women are less likely to be referred by police to Refuge for support.

Between March 2020 and June 2021, Black women were 14% less likely to be referred to Refuge for support by police than white survivors of domestic abuse.

However, Refuge also found that Black survivors were 3% more likely to report the abuse they experienced to the police than white survivors of domestic abuse, over the same period.

Erica Osakwe has experienced first-hand the institutional failings when dealing with Black victims of domestic abuse.

After years of suffering emotional and physical abuse, Erica decided to go to the police.

‘Like a lot of people, I thought there was nothing that the police could do for me,’ she tells Metro.co.uk.

‘I didn’t feel comfortable with the idea of coming forward at all, because I was online reading other people’s stories and hearing that people got nothing out of it, that it was emotionally traumatising. It put me off.’

Unfortunately, Erica’s fears were confirmed when she arrived at the station with her friend, a white woman.

‘Although we had spoken on the phone, the police didn’t know what I looked like,’ she says. ‘I told the police officer that we wanted to discuss assault and they immediately assumed that it was my friend who had come to report a crime.

‘I already felt like I didn’t fit the profile of what a victim should look like. It was not the start I expected.’

This phenomenon is down to what Evie Muir, a domestic abuse specialist, calls the ‘ideal victim’ narrative.

Evie tells Metro.co.uk: ‘When I’m delivering training on Black people’s experiences of abuse, I ask participants to think of a survivor of abuse.

‘It’s likely that the first image to pop into their head will have instantly been a white, cisgender, heterosexual woman who may be covered in bruises, or be cowering under a fist.

‘This public story is regurgitated in the news (which victims get the most airtime?), on television and even in the publicity distributed by domestic abuse sectors and charities.

‘This tells us, wrongly, that domestic abuse mostly happens to young, white, cisgender, heterosexual women, that it’s mostly physical, and that the abuse must be visible.’

Obviously, this poses a problem for Black survivors.

‘When a Black survivor presents themselves to the police with barely-visible bruises due to the pigmentation of their skin, or tells of how their partner expects them to always be up for sex, and types of sex they aren’t comfortable with because of the ways Black people are fetishised, or how the emotional abuse caused by microaggressions from their non-Black partner and family is becoming unbearable, police won’t recognise this as abuse – because it doesn’t fit the public story,’ Muir continues.

‘It’s because the survivor doesn’t fit the mould of the “ideal victim”; it’s a story so powerful that it dictates who is seen as a victim and who is seen as worthy of support.’

After reporting her experience of abuse, Erica was told to leave the station and file her report online, because of the restrictions of the pandemic.

But when another officer saw that she was noticeably distraught outside the station, she was welcomed back in and asked to recount her story.

‘It took around five hours and then, after that day, if I’m being honest, I did not hear a single piece of information about that investigation for about five to six months,’ she says.

During this time, having not been referred to any specialist domestic abuse services, Erica says she spiralled into a period of depression.

‘I had to start counselling, I was on the waiting list for therapy and I was dealing with PTSD as well,’ she explains.

‘I was kind of left with no support, so I was just there on my own trying to deal with everything.

‘I was quite paranoid all the time always wondering if this person was going to find me or confront me.

‘It was a very, very tough period of time.’

For domestic abuse specialist Evie Muir, Black women not being referred to specialist domestic violence services is not only a police failure, but a failure of the support sector more generally.

‘The services themselves hardly exist – it’s a ripple effect.

‘Specialist services are few and far between, and the ones that do exist are underfunded, at over-capacity and not necessarily undeserving of critique.’

After around six months of waiting, Erica heard that the police filed her report incorrectly and there was nothing they could do for her, thanks in part to the six-month deadline for victims to report domestic abuse.

Erica began campaigning for a change in the law to allow survivors more time to come forward with reports of abuse.

‘I was determined to make sure that no one experiences that sort of pain again,’ she says. ‘I needed to do something about it.’

‘I started a government petition that was running for six months, ironically.

She got 64,000 signatures, less than the 100,000 that was needed for a debate, but the petition was still considered for discussion anyway, which Erica says was ‘amazing’ to see.

‘Since then, I’ve been working alongside Refuge, Women’s Aid, and the Centre for Women’s Justice trying to push this motion on extending the time limit so that people have more time to process abuse and assault, come to terms with it, and then have the courage to come forward,’ she adds.

Breaking down the barriers preventing Black survivors from getting the help they need and deserve is far from simple, and sticking plaster methods are far from ideal.

Evie Muir explains: ‘Unconscious bias training might just scratch the surface of topics like privilege and accountability, but it’s certainly not going to make a Black survivor any safer.

‘Any training that does take place however needs to be on Black experiences of domestic abuse.

‘For example, Sistah Space is currently campaigning for Valerie’s Law to be instated, which would see the police and mainstream services receiving compulsory training on African and Caribbean heritage experiences of abuse, delivered by Black survivors and Black practitioners.’

‘We know that Black women’s concerns are less likely to be taken seriously and this new data from Refuge shows that they’re also less likely to be referred for the lifesaving support that our organisation provides.

‘What message does that send to Black women experiencing domestic abuse?

‘We must ensure all agencies work better to protect Black women and ensure they are able to access support swiftly and easily.’