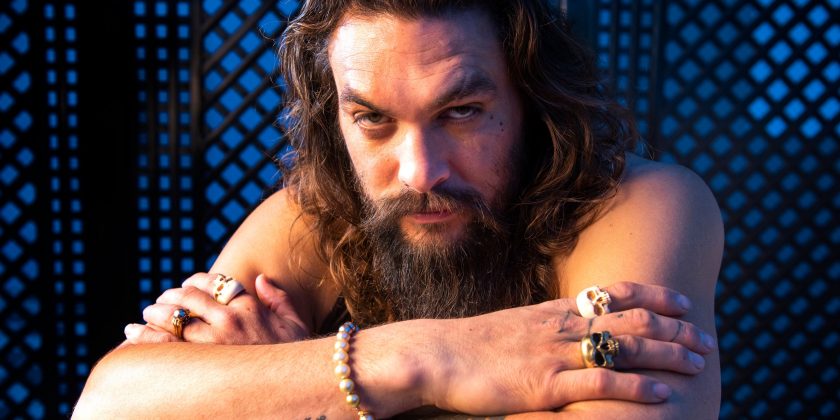 LOS ANGELES  –  All seemed right in the universe when 6-foot-4, biker-bearded, rock-god-haired Jason Momoa strode into the DC Comics world as Aquaman, with roles in 2016’s “Batman v Superman: Dawn of Justice” and 2017’s “Justice League.”

You could almost forget that the water-dominating comic book superhero was once blond and rode a seahorse. Momoa puts his definitive stamp on the character with his long-awaited solo outing “Aquaman” (in theaters nationwide Friday).

“He stakes his trident into the ground and says, ‘I’m (bleeping) Aquaman! I’m the guy.’ And he made this role his own,” says director James Wan.

Momoa, 39, strides into his USA TODAY interview at the London West Hollywood hotel in bare feet carrying a bottle of Guinness lager. With “Aquaman” looking to dominate a crowded holiday release season (it’s already topped $265 million in foreign box office), Momoa’s reign promises to be a long and wild ride.

Here’s what’s you need to know about the star:

He rocked the ‘Aquaman’ premiere: Jason Momoa did the haka with his kids on the blue carpet

When we arrive, Momoa is sitting in the middle of the hotel’s lobby, strumming an unplugged electric guitar (he got there early). He plays to relax, frequently on the “Aquaman” set. “Literally between set-ups, he’d be strumming that guitar,” says Wan.

But don’t expect him to celeb-rock onstage anytime. “I don’t want to be an actor that plays music,” Momoa says. “I’ll back up my kids maybe with some bass. But that’s about as far as it goes.”