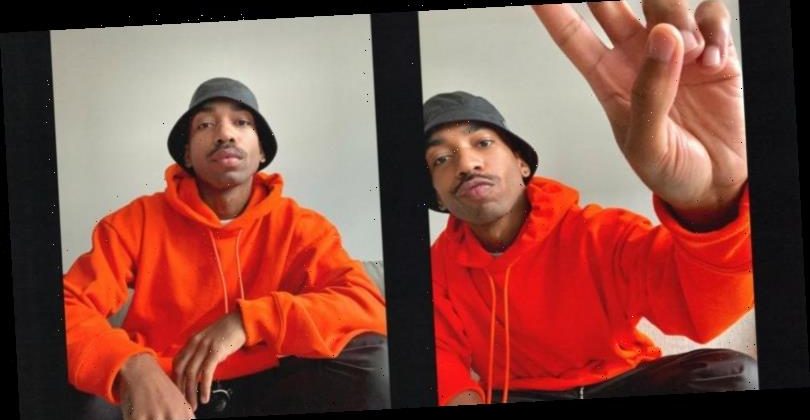 When stylist and creative consultant Antoine Gregory (you may know him as @bibbygregory on Twitter, where he ranks among the “high fashion Twitter” crowd) launched Black Fashion Fair in 2020, he certainly did not expect the rollout he ended up with. Meant to be a physical, in-person launch chock full of immersive experiences—the main one being shopping—the event moved to digital due to Covid-19. But the platform, which aims to uplift and sustain Black design talent, prevailed nonetheless—and boasted about 30,000 visitors during its opening weekend.

“Black Fashion Fair was founded to discover and further Black designers,” Gregory told me during a recent phone call. “Black people are often overlooked at every level of fashion, whether it’s as a buyer, a designer, a retailer, a sales associate, or a stylist. I couldn’t allow that to go on.” If you’re familiar with Gregory’s Twitter presence, you’ll know he’s committed to championing the Black experience within fashion and familiarizing his 15,000 followers with Black fashion brands. Through Black Fashion Fair, he released an A-Z directory of Black designers, a marketplace featuring designs from No Sesso, Aliette, and Martine Ali made exclusively for the platform, and “Fashion Stories,” a space created to highlight these artists and designers in both editorial and film.

This approach stems from his days as a student at FIT, where he studied business management and fabric styling. Typically, he was the only Black student in his classes, giving him the tools to exist in an industry that didn’t mirror him, or his experiences. “Blackness has always centered my work, as it does today, but it also became a situation where I was explaining my work to a bunch of students that were not my peers—in the sense that they were not from my community. We didn’t like the same things. We didn’t have the same connection to certain things. I was always over-explaining my work, and in a sense, always explaining why I was meant to be there. It prepared me to step into the industry because these were the people who were going to be at the same internships and the companies I would work for,” he says.

Remaining steadfast in this ethos ended up serving Gregory well—it led him to major styling opportunities, including projects with Pyer Moss and Telfar, and reviewing fashion shows for Essence Magazine. (His latest campaign work for Pyer Moss’s “Open Studio” used everyday people to create a fantasy in which they typically “wouldn’t see themselves.”) The stylist is, perhaps, best known for spilling a bit of fashion tea before it’s widely announced; he attributes his insider information to the relationships he’s developed in the industry (“We’re friends, we have conversations and I’m able to learn things from them every single day,” he says. “And when that thing I learned is something that’s shareable, I’m happy to share it.”) Below, Gregory discusses his fashion wish list, and why he thinks about Marc Jacobs calling Lil Kim in prison often.

More fashion stories, connecting our past with the present while building the tools and resources for our future.

What was your first major styling gig?

It’s been a long time! I think it would have to be Elle Varner for the BET Awards in 2014. That weekend was intense, but we had a lot of fun. Honestly, they all have felt major to me. I think my favorite one would have to be the Pyer Moss Collection 3 Open Studio Campaign.

Who is your ultimate style icon?

My grandmothers. I think both of my grandmothers were so elegant, and regal, but also glamorous. They were both into the church and brought me along with them. Their idea of wearing your “Sunday Best” applied to Monday and Tuesday, and every day after that.

Describe your style in three words.

I love the idea of dressing like I’m wearing someone else’s clothes. I love reading books and watching movies. This idea of playing a character or a role informs my stylistic choices: oversized (or shrunken), nerdy, and layered.

What was your first major fashion purchase?

It was a Givenchy by Riccardo Tisci Kilt. I ordered it from Barneys! I immediately regretted spending the money but I didn’t regret the look. This was way before Black boys in skirts was an acceptable fashion statement.

I have never received fashion advice I listened to!

Most prized possession in your closet?

Does it have to be mine? My grandmother worked for a furrier in the Garment District. We could not afford furs, but when they shut down, they gifted her a bunch of fur coats. They were her prized possessions. When she passed, they became mine.

My style has not changed. I think over time I developed a better eye for approaching my style. I use fashion like I used books and movies, to create another story for myself.

Anything Lil Kim has ever done: the Crush On You video, Lee McQueen calling her his idol, Marc Jacobs writing to her throughout her stint in prison. She’s the ultimate fashion and style icon.

Currently, where are your favorite places to shop?

I wear a lot of Black designers, and often, they aren’t carried in retailers. I spend a lot of time buying from my favorite brands directly, like Spencer Badu, Theophilio, Nicole Zïzi, and Phlemuns.

What is your go-to outfit for a day off?

Even if I’m home, my style doesn’t really change. On an off day, I’ll be in a large shirt and a trouser. I pairing everything with my Carrots x Crocs clogs.

What was the last thing you purchased?

Shout wipes! I’ve always carried Shout wipes in my kit—now, I carry them with me at all times.

Being seated next to Robin Givhan at Sies Marjan and not introducing myself. We did, however, talk about skyscrapers.