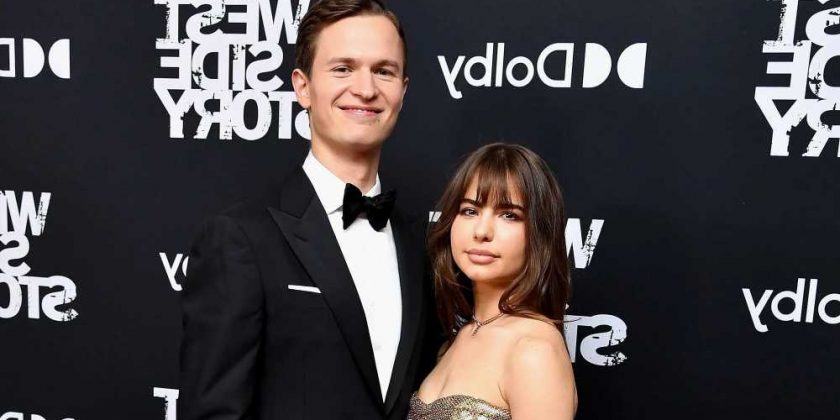 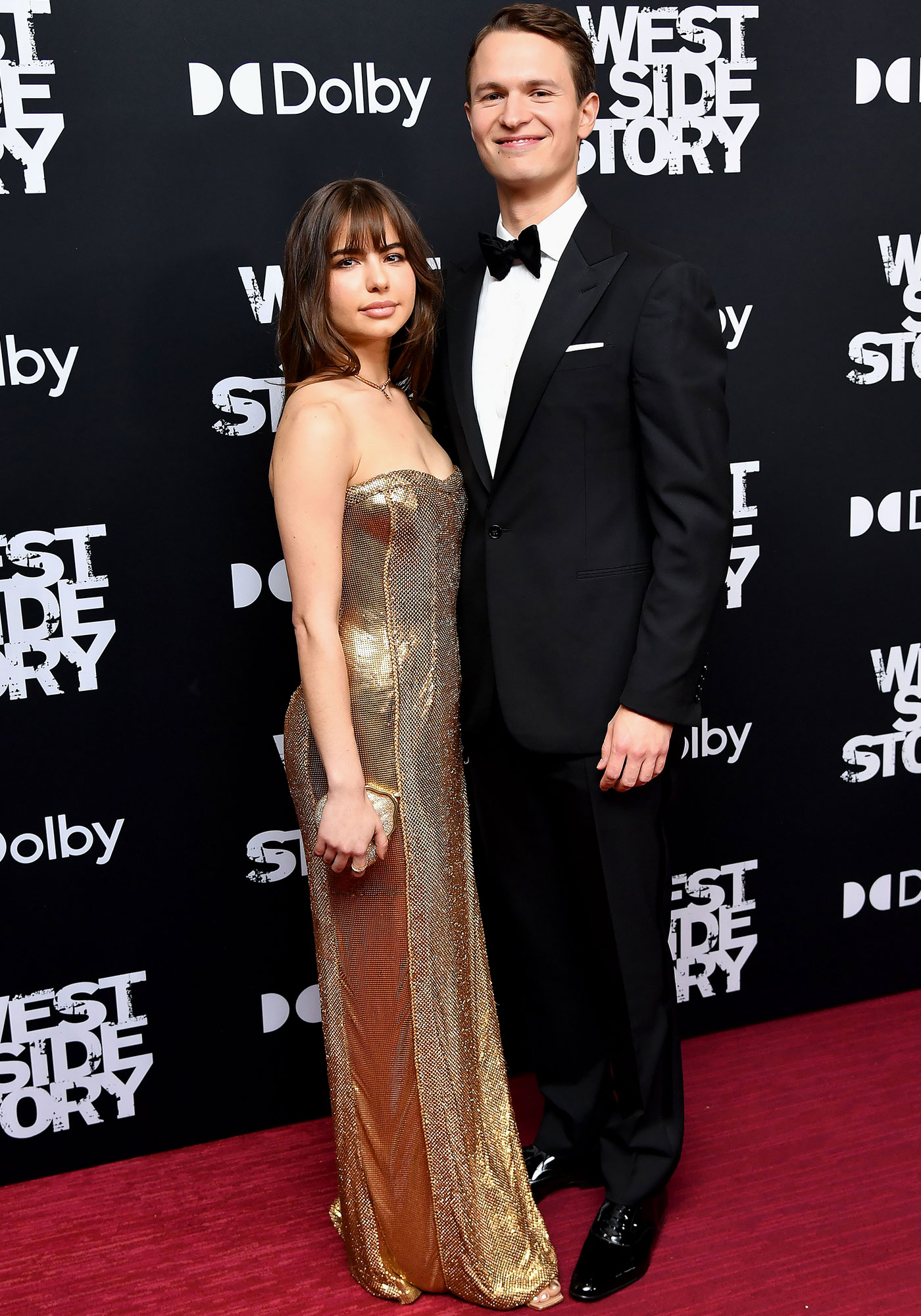 Still going strong! Ansel Elgort and girlfriend Violetta Komyshan made quite the stylish statement at the premiere of West Side Story on Monday, November 29.

The high school sweethearts haven’t walked a red carpet together in quite some time, but this most recent appearance proves that their couple style has taken a sleek and sophisticated turn.

For the event, which was held in New York City, the 27-year-old actor, who plays the role of Tony, looked dapper in a traditional black tuxedo, which he paired with a white undershirt and black bow tie.

Komyshan, for her part, served up a bit of glitz and glam. The dancer wore a strapless gold Pamela Dennis gown that was beaded from top to bottom.

Her bling brought the look to the next level though. She wore jewels from Bulgari, including the Serpenti Viper necklace in pink gold with pave diamonds, as well as a Serpenti Viper ring. To add to her A+ accessory game, Komyshan carried a glitzy popcorn clutch from Judith Leiber.

The Fault in Our Stars actor and Komyshan first started dating in 2012. While they briefly split in August 2014, they rekindled their romance five months later.

In the time that they’ve been together, they’ve hit a handful of red carpets hand-in-hand. For example, the pair put on quite the stylish display at the Golden Globes in 2020, which also happens to be their last red carpet appearance.

For the awards show, the Baby Driver actor wore a velvet navy blue velvet tuxedo complete with a butterfly brooch. Komyshan, for her part, wore a black gown with a chunky silver metal chain as a strap. Her hair was pulled back into a loose chignon.

Elgort has kept a lower profile since then, following sexual assault allegations that were made against him in June 2020. A fan claimed that she was sexually assaulted by the actor when she was 17 years old in 2014.

The West Side Story star went on to address the claims via Instagram. “I was distressed to see the social media posts about me that have been circulating in the past 24 hours,” he wrote. “I cannot claim to understand Gabby’s feelings, but her description of events is simply not what happened. I have never and would never assault anyone.”

He continued: “What is true is that in New York in 2014 ,when I was 20, Gabby and I had a brief, legal and entirely consensual relationship. Unfortunately, I did not handle the breakup well. I stopped responding to her, which is an immature and cruel thing to do to someone. I know this belated apology does not absolve me of my unacceptable behavior when I disappeared.”