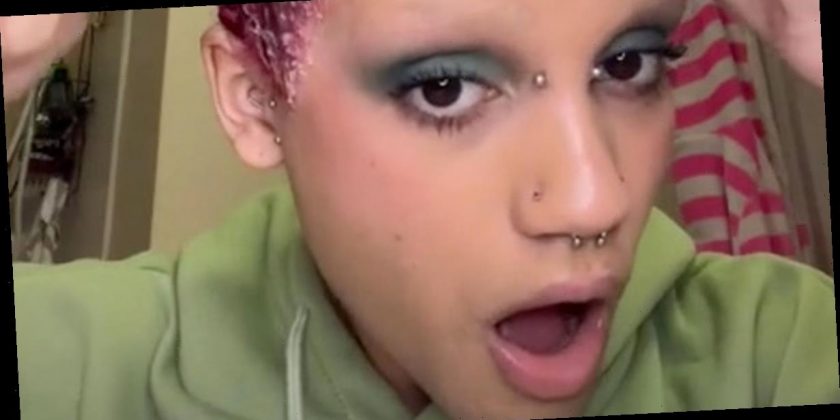 The Daily Star’s FREE newsletter is spectacular! Sign up today for the best stories straight to your inbox

Tessica Brown went viral after using Gorilla Glue in her locks instead of hairspray.

The adhesive didn’t come out for over 15 washes and she had to fly to see a surgeon to get it out.

You’d think people would avoid putting the product in their barnet after the first disaster happened.

But far from people learning a lesson from Tessica’s plight, a “Gorilla Glue challenge” sprung up on TikTok.

Doctors have warned against the trend but this hasn’t been enough to deter some.

Avani Reyes said she “accidentally” put Gorilla glue in her hair when she “didn’t mean to”.

Videos show Avani trying to comb the high-strength glue out of her hair with a comb.

But as this was unsuccessful, she told followers she was heading to seek medical treatment.

The TikToker said: “I’m on my way to the hospital right now, my scalp is burning.

“I need to go to the hospital so they can remove this Gorilla Glue. I have no idea what to do. I tried washing it, it doesn’t come off.”

Avani has since thanked one of her supporters for donating $3,000 (around £2,100) towards her treatment.

At the time of publication, Avani still appears to have Gorilla Glue in her hair.

We’ve warned you once but we’ll do so again – don’t put the strong adhesive on your tresses!

Nicole Petty at Milk + Blush is one of the experts who's strongly advised against the dangers of using glue on your hair or extensions.

She said: "While many may be resorting to acts of desperation to maintain their hair extensions after months away from the hairdressers, using glue on your hair is never a good idea for several reasons.

“Firstly, the glue can cause irreparable damage to the scalp, as it can block your scalp pores, damage your hair follicles and burn/dry out the hair."

Nicole added: “But that’s not the only danger, as the glue which is commonly used to bond artificial hair contains high concentrations of soluble latex antigen.

"While latex is present in many different household items, the repeated exposure to it has been known to sensitise people, resulting in allergic reactions and in some cases, anaphylactic shock.

“Another indirect danger of having weaves or extensions glued to your hairline is hair thinning.

"While using glue to secure your hair may produce the desired aesthetic of long, thick and nourished locks, you could be faced with similar consequences later in life.”