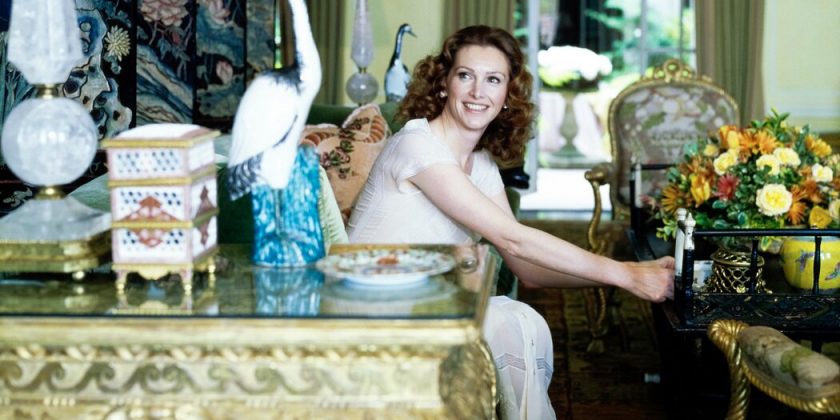 Ann Getty, a savvy former California farm girl who married into one of the world’s wealthiest families and transformed herself into a globe-trotting publisher, author, interior designer and philanthropist, died on Monday in San Francisco. She was 79.

Her husband, Gordon Getty, said in a statement that she had a heart attack during a family dinner at home and died in a hospital.

Already ensconced as a San Francisco cultural benefactor, Mrs. Getty in the mid-1980s leapfrogged the continent to New York, where she was wooed to the boards of the Metropolitan Museum of Art, the New York Public Library and New York University and sped to the epicenter of the loftiest social circles.

But despite extravagances like a private Boeing 727 (nicknamed Jetty) equipped with a bath and two bedrooms, she resisted being marginalized as a socialite.

In 1985, she and George Weidenfeld, the eminent British publisher, created the Wheatland Corporation (named for her hometown in California) and bought Grove Press, which was famous for its audacity but which was ailing financially.

Under Barney Rosset, Grove had published avant-garde authors like Samuel Beckett, Bertolt Brecht, Jean Genet and Eugene Ionesco and successfully challenged bans on books that had been deemed obscene, among them “Lady Chatterley’s Lover,” by D.H. Lawrence, and “Tropic of Cancer,” by Henry Miller.

Mrs. Getty bought Grove for $2 million, invested some $15 million more and, after ousting Mr. Rosset, folded the companies together as Grove Weidenfeld. In 1993, Grove became an imprint of Atlantic Monthly Press.

“I’m a publisher because it’s a cover for my indulgence,” Mrs. Getty told The New York Times in 1989, when she was president of Grove Weidenfeld. “I love to read all day. But I come from nice Puritan stock, and I grew up believing that you have to work all day, so I made reading my work.”

Ann Gilbert was born on March 11, 1941, in Gustine, Calif., in Merced County, to William Gilbert, who managed a dairy, and Anna (Bekedam) Gilbert. When she was 12, the family moved about 150 miles north to a peach and walnut farm in Wheatland, in the Central Valley.

After high school, she worked as a secretary and graduated from the University of California, Berkeley, where she majored in anthropology and biology. She was working part time at the cosmetics counter at the Joseph Magnin department store near Union Square in San Francisco when she met Barbara Newsom, whose brother Bill was a high school chum of Gordon Getty’s. (Bill Newsom was the father of Gavin Newsom, who, with the Gettys’ financial support, would become mayor of San Francisco and governor of California.)

In 1964, the story goes, Ann Gilbert, the Newsom siblings and Mr. Getty met in a North Beach bar, where Gordon told Bill that Bill was too short to date Ann. Gordon then introduced himself and challenged her to match him shot for shot. She accepted. They eloped to Las Vegas and were married on Christmas Day.

In addition to her husband, Mrs. Getty is survived by their three sons, Peter, John and William, and six grandchildren. Another son, Andrew, died in 2015.

Gordon Getty is a son of the oil tycoon J. Paul Getty, who died in 1976 and was once the world’s richest man. In 1984, after Getty Oil was sold to Texaco for $10 billion and Gordon Getty became sole trustee of the family’s $4.1 billion trust (the equivalent of about $10.3 billion today), Forbes magazine anointed him the richest man in America.

The trust was later split into six separate trusts; Forbes says Mr. Getty — who is a classical composer as well as an investor and philanthropist — is now worth about $2.1 billion. 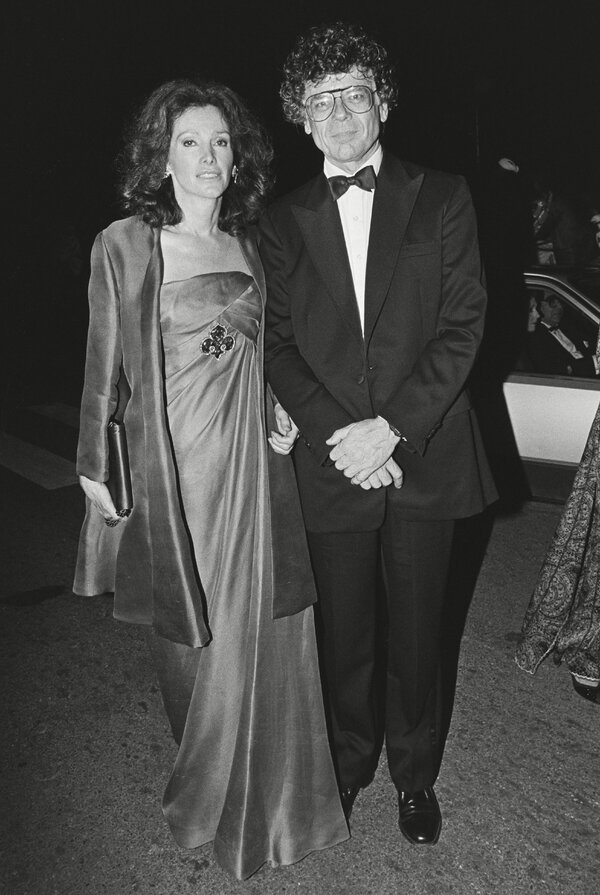 She leapt into the national limelight after the Getty Oil sale and transplanted herself part time in New York, where she and Anne Bass, another out-of-towner, from Texas, became the “two Anns” who rejuvenated the New York social scene. (Ms. Bass died in April at 78.)

Mrs. Getty nonetheless said she found New York “frightening” at first. “I’m apprehensive and anxious here,” she said in 1985. “I’m not that familiar with the way people do things. I’m not that confident.”

For all her farm-girl misgivings, though, she was ambitious, bright and indefatigable. She helped advise her husband on the sale of Getty Oil; raised money for progressive political candidates; operated a San Francisco-based residential interior design firm; and wrote and published a book, “Ann Getty: Interior Style” (2012), which celebrated her penchant for English and French antiques and Chinese porcelains.

She also plunged into early-childhood development (she founded a preschool) and anthropology (she did fieldwork as a paleoanthropologist in Ethiopia in the 1990s).

“I don’t think people know it, but I am actually quite shy,” she told Haute Living magazine in 2016. “I am most comfortable in the company of scientists.” Scientists, politicians and other assorted celebrities would gravitate to the Gettys’ San Francisco home, where she could be both shy and sociable.

“I find it rather amusing when I’m described as a socialite,” she told Harper’s Bazaar in 2012. “It’s no longer my focus. I go out once a month, barely, just to maintain my so-called status.”