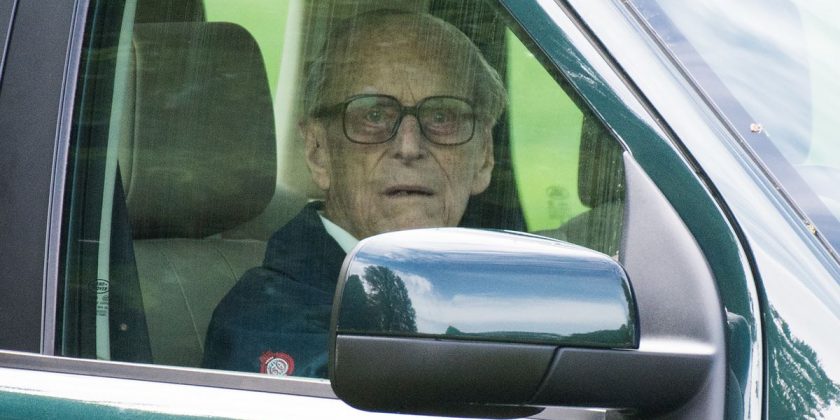 Prince Phillip once threatened to throw the Queen out of a car he was driving because she repeatedly "yelped" in terror as he raced the vehicle along the road, according to a friend of the royals.

The news comes after the Duke of Edinburgh was involved in a serious crash which flipped his car on to its side near the Sandringham Estate this week.

The Duke of Edinburgh’s friend and biographer, Gyles Brandreth, spoke to the BBC’s Today Programme about the incident, saying Prince Philip is known to "drive fast".

He recalled a tale told to him by the prince’s cousin, Countess Mountbatten, who said her father once spent a hair-raising car journey with the royals.

The Queen "yelped" under her breath and flinched as they sped through Cowdray Park in West Sussex which caused the prince to snap: "’Look, if you do that once more, I will put you out of the car."

After the tense journey Lord Mountbatten asked the Queen why she didn’t protest – to which she responded: "Oh, but you heard what he said – and he meant it", The Telegraph reports.

The Royal’s driving has reportedly been causing concern for decades, and this week’s crash has sparked fresh calls for the Duke to give up driving for good.

In his 1954 book ‘Duke of Edinburgh: A portrait by his valet’, John Dean revealed that shortly after the Elizabeth II and Philip got engaged in 1947, the future prince was involved in a nasty collision.

Skidding off the road in Cirencester, Gloucestershire, Philip struck a tree, before crashing through a fence.

Then 26, Prince Philip escaped relatively unscathed, suffering a few bruises and a twisted knee. He was rescued by a passing driver after midnight, who spotted him standing next to the wreckage.

Witnesses say it is a "miracle" that the Prince walked away from Thursday’s collision unharmed after his A419 Land Rover collided with a Kia, and tumbled across the road.

The Royal was helped out of his car and he immediately asked if others involved were okay.

A baby who was in the other car escaped uninjured, and two female passengers were treated in hospital for minor injuries.