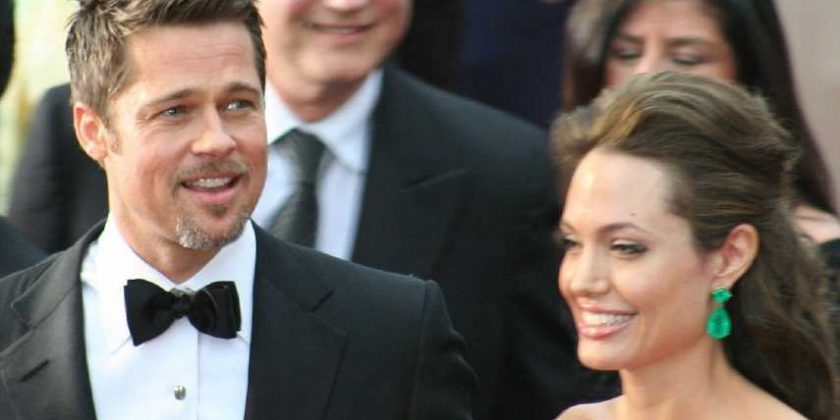 Although their divorce has yet to be finalized, Angelina Jolie is taking steps to cut all ties from her estranged husband Brad Pitt. Specifically, the actress is trying to bow out of their French wine company, but she says Brad is attempting to stop her.

According to TMZ, Angelina wants to sell Chateau Miraval, the castle and vineyard the former couple purchased together in 2011 for a cool $60 million after leasing it for several years. Angelina and Brad were even married on the French property during their 2013 wedding.

Angelina reportedly submitted a request to a judge to remove the automatic temporary restraining order (ATRO) currently applied to their divorce proceedings. The purpose of an ATRO is to prevent one partner from making financial decisions that could be of detriment to the other person during a divorce.

With the ATRO in place, Angelina is currently prevented from selling her shares in the company.  Court documents reveal that the actress already has a third-party buyer lined up, but with Brad unwilling to agree to lift the ATRO, Angelina has now resorted to filing a request with a judge in hopes they’ll temporarily lift the restraining order so she can proceed with the sale.

Angelina’s legal team is hoping the fact that she purchased shares in the business through her company Nouvel, LLC, which she founded before marrying Brad, will work in her favor. Brad is an equal shareholder in the wine business through his own company, Mondo Bongo LLC. Angelina has  a hearing set for September 22nd in which she’ll make their case.

Us Weekly explains that Angelina’s legal team originally filed an emergency application to nullify the ATRO at the end of June. In doing so, it was hoped it would leave the buyer with little time to back out. However, the judge dismissed the request after deciding they hadn’t provided sufficient evidence to demonstrate the urgency or severity of the request.

Brad and Angelina have been separated for nearly 5 years, though their divorce is ongoing. Angelina initially filed for divorce in September 2016 after an alleged altercation between Brad and their eldest son. Although a court declared the former couple as legally single in 2019, their divorce is not yet finalized.

The former couple share six children together: sons Maddox, 19, Pax, 17, and Knox, 12, and daughters Zahara, 16, Shiloh, 15, and Vivienne, 12. In addition to disagreeing over the separation of their assets, Brad and Angelina have also been embroiled in a custody battle for years. In May, Brad was granted joint custody of their children, though Angelina previously requested primary custody and visitation rights for her former partner.