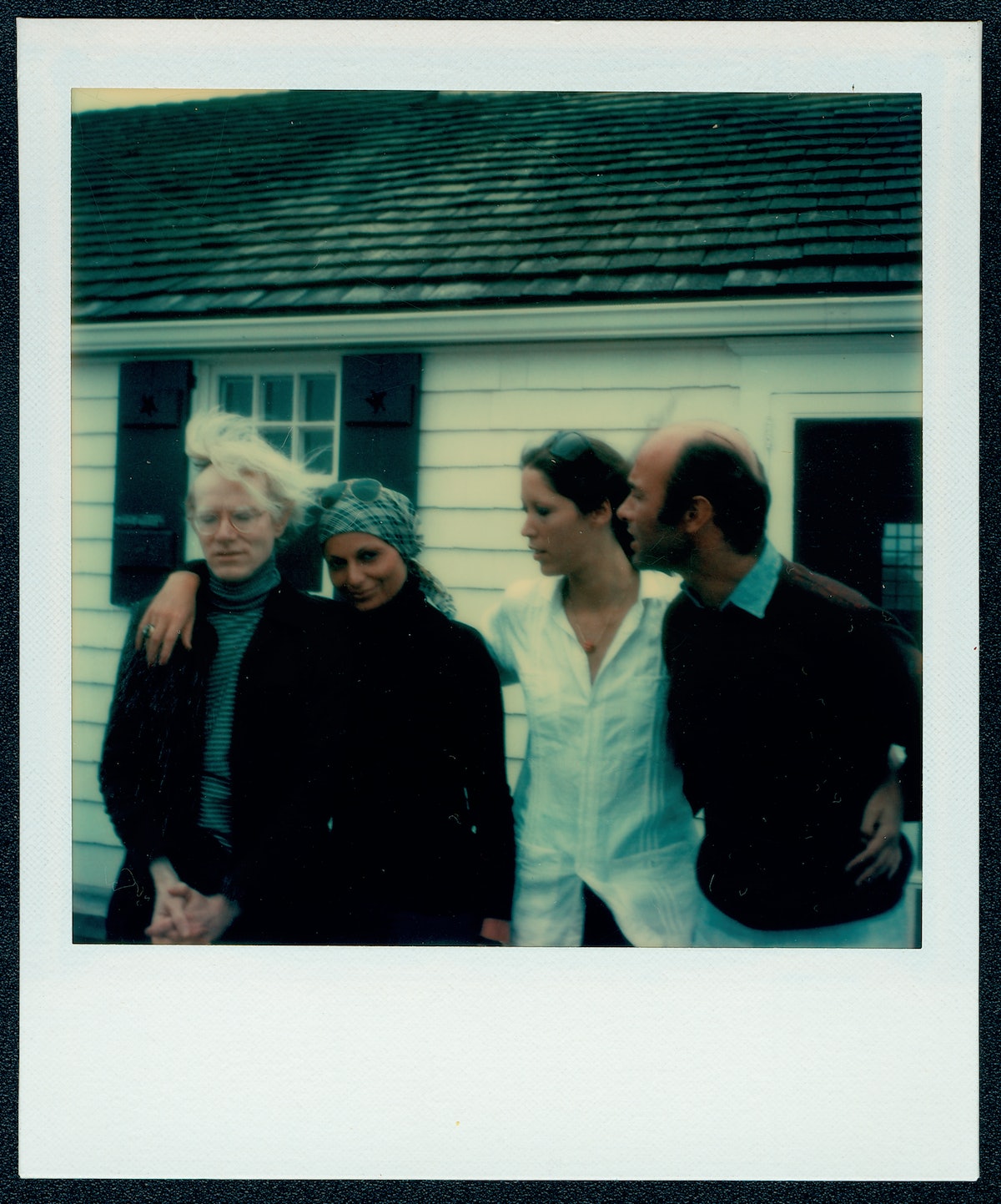 If you hang a right off the Old Montauk Highway at the very end of Long Island, where the East End meets the Atlantic Ocean, there’s a stretch of green grass leading to a horse stable containing decades of fashion and art-adjacent history. The estate, formerly known as Deep Hollow Ranch, once belonged to Andy Warhol (who notoriously loved the village of Montauk so much that he moved into a beachside residence adjacent to the grounds), and former J. Crew CEO Mickey Drexler. When Warhol owned it, he rented out parts of the compound to Lee Radziwill, who invited Jacqueline Kennedy Onassis and her children to stay; Liza Minnelli, Bianca Jagger, Halston, and Keith Haring were also frequent visitors at the ranch throughout the languid Hamptons summers. And while the Rolling Stones recorded their album Memory Motel, they spent some time at Deep Hollow, too, practicing their songs on the moors located just a few yards away from the ranch (much to the surprise and delight of Warhol’s neighbors).

On Saturday, June 26, the art dealer Max Levai, who purchased the ranch and moved in August of 2020, held a celebration to mark the next iteration of the storied land’s tale. Levai, once the president of Marlborough Gallery in Manhattan, has transformed the property into The Ranch: an indoor-outdoor art space and agricultural destination that utilizes both a grassy field and a converted horse barn as places for exhibitions. In the latter space, which resembles a tent revival church more than it does an art gallery, there are currently two showings on display: Susan Te Kahurangi King’s Early Drawings, chronicling the artist’s illustrations between 1958-1963; and Peter Halley: Blocks—a collection of Halley’s geometric paintings done in Day-Glo shades. Outside, a trio of artists comprise the exhibition Camp Hero. Virginia Overton has installed a large set of chimes that contain elements from the ranch—pieces of metal, a strip of plexiglass—Aaron Curry’s cartoonish neon sculptures, which once stood in Lincoln Center, jut out from the grass, and Castaway, a sculpture by Frank Benson depicting a man in a low squat, surveys the land.

Throughout the afternoon on Saturday, Hampton locals including Hannah Bronfman and the artist Jo Shane visited the space, walking through the exhibitions, listening to music, and visiting the horses in wooden pens that looked like they belonged in the hills of Kentucky rather than the easternmost tip of Long Island. At the center of it all was Levai, who roamed the grounds all day dressed in sagging jeans tucked into his socks, and hiking boots, his shirtsleeves unbuttoned. The art dealer said he first happened upon Deep Hollow Ranch in spring 2020, when he was living with a friend and his dog, Monday, at the Haven Motel in Montauk. While on a walk with Monday, he found the sprawling field and Carl Fischer-designed property, and noticed a barn from afar that he imagined would be perfect to host the art shows he’d been ruminating on since leaving Marlborough Gallery when the pandemic hit New York in March 2020.

“We’d been working on exhibitions, and they take years to manifest,” Levai said from inside his home on The Ranch, located just a stone’s throw from the sculptures in the garden. “We needed a venue to see projects through, and I needed a home. So I moved here in August, and learned about the land, immersing myself in the history.”

Part of studying that history entailed getting to know the stories of the former owner, Warhol—who purchased the compound in 1971 with his manager and collaborator, Paul Morrissey. In the true spirit of Warhol, Levai said he plans to continue programming at The Ranch year-round, with a mix of contemporary and historic exhibitions across disciplines and media.

“This space was always activated by the people who owned it and lived on it,” he added. “It takes a village to get everything going, and what I learned out here is, everything is about nurture, care, and community.”