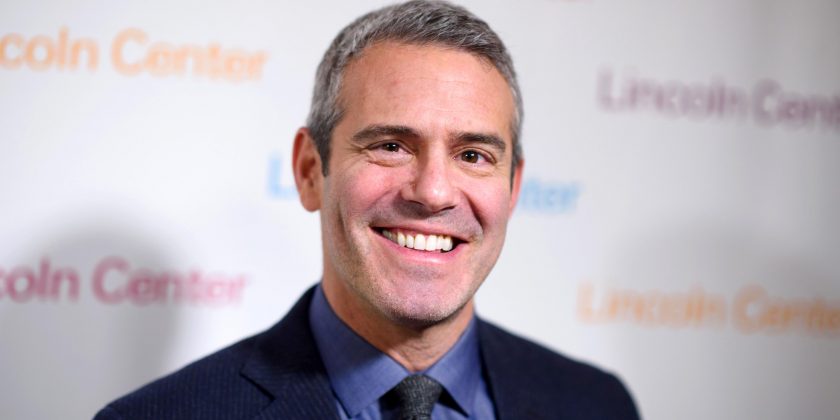 Surprise! Andy Cohen is going to be a dad — and in just six weeks time.

Closing out the final live broadcast of 2018 Cohen said, “I am full of so much gratitude.”

“Tonight I want to share a little personal news of my own,” Cohen continued. “To the viewers at home, I call you my friends at home because we are friends. You have supported me through almost 10 years of live… This has been an incredible joyous journey with you all. I am grateful to be able to live my dream every day and grateful to you for coming along for the ride.”

“And throughout it, I’ve always tried to be as transparent as possible about my life — I overshare and expect everyone to do the same.”

“Tonight, I want you to be the first to know that after many years of careful deliberation, a fair amount of prayers and the benefit of science — if all goes according to plan in about six weeks time I’m going to become a father,” Cohen revealed emotionally.

“Thanks to a wonderful surrogate who is carrying my future.”

“Family means everything to me and having one of my own is something that I have wanted in my heart for my entire life.”

“Though it’s taken me longer than most to get there, I cannot wait for what I envision will be the most rewarding chapter yet,” Cohen continued.

Cohen did not reveal the sex of the child or whether or not he plans to raise the child as a single parent. He previously split with his partner Clifton Dassuncao.

In March, Cohen opened up about his dating life saying he’s single and looking for a guy who has never seen The Real Housewives.

“Yes, I am single again,” Cohen told Entertainment Tonight from the set of Love Connection.

He said he wants “someone who’s very independent, someone who has their own thing going on. Maybe someone who’s never seen The Real Housewives.” Adding he’d want a Jewish version of John F. Kennedy, Jr. which he joking dubbed, “Jew-FK, Jr.”