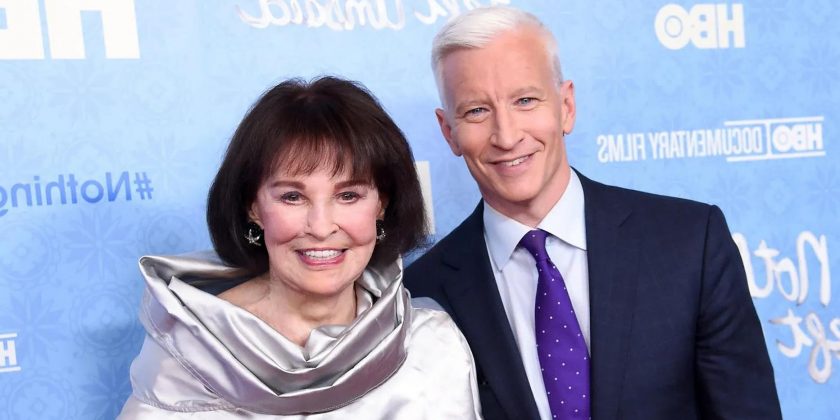 An offer he could refuse. Anderson Cooper revealed on Thursday, September 23, that he turned down his mother Gloria Vanderbilt’s offer to be his surrogate 10 years ahead of her death.

“Sometimes people wonder how, during interviews, I stay stone-faced and listen to people say bats–t crazy things — I grew up with Gloria Vanderbilt,” the CNN anchor, 54, joked during a The Late Show With Stephen Colbert appearance, calling the late fashion designer “kind of nutty.”

The journalist explained that the socialite, who died in 2019 at age 95, visited a gynecologist when she was 85, subsequently letting Cooper that she was told she could still carry a child.

Famous Fathers Who Had Kids Late in Life

“She says to me, ‘Honey, I’m not talking about having a child of my own. I mean, that’s crazy — I’m 85. I was thinking, you get an egg and fertilize it with a sperm, and I’ll carry your child,’” the “stunned” 60 Minutes correspondent recalled. “[I said], ‘That is so weirdly oedipal on a whole new level. That kid would be on the front page of the New York Post for the rest of his life.’” 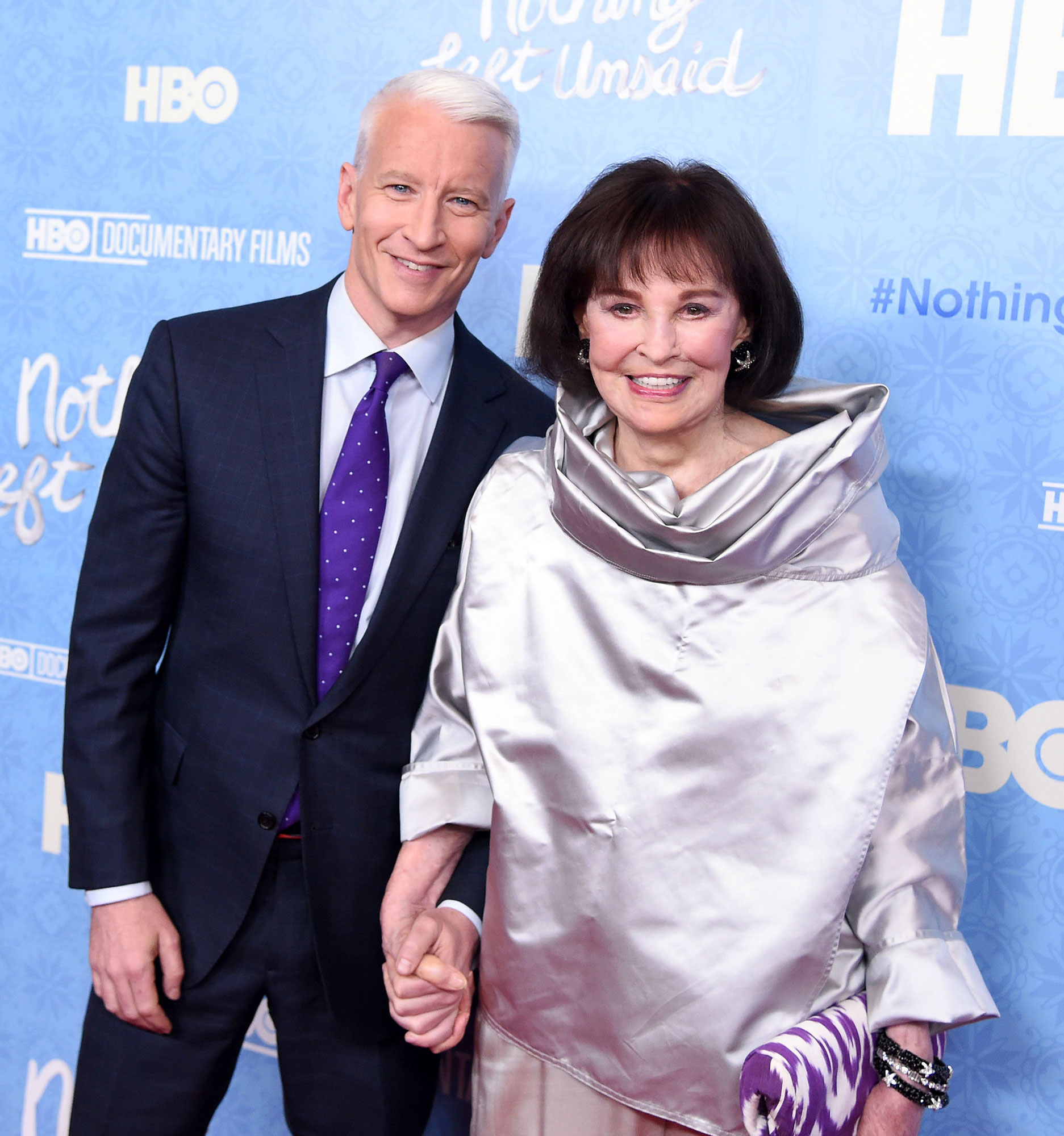 The Anderson Cooper 360 host called his mother’s plan “just nuts,” adding that she later sent him an article about a 65-year-old woman who carried a baby for her son and son-in-law. “My mom ha[d] circled it and then written in a note, ‘See!’” Cooper told Stephen Colbert.

Ten months after Vanderbilt’s passing, the Yale University grad welcomed his son, Wyatt, now 16 months, via gestational carrier. The new dad penned a sweet shoutout to his mom in his Instagram reveal in April 2020.

“I am grateful to a remarkable surrogate who carried Wyatt, and watched over him lovingly, and tenderly, and gave birth to him,” Cooper wrote. “It is an extraordinary blessing — what she, and all surrogates give to families who can’t have children. … I do wish my mom and dad and my brother, Carter, were alive to meet Wyatt, but I like to believe they can see him. I imagine them all together, arms around each other, smiling and laughing, happy to know that their love is alive in me and in Wyatt, and that our family continues.” 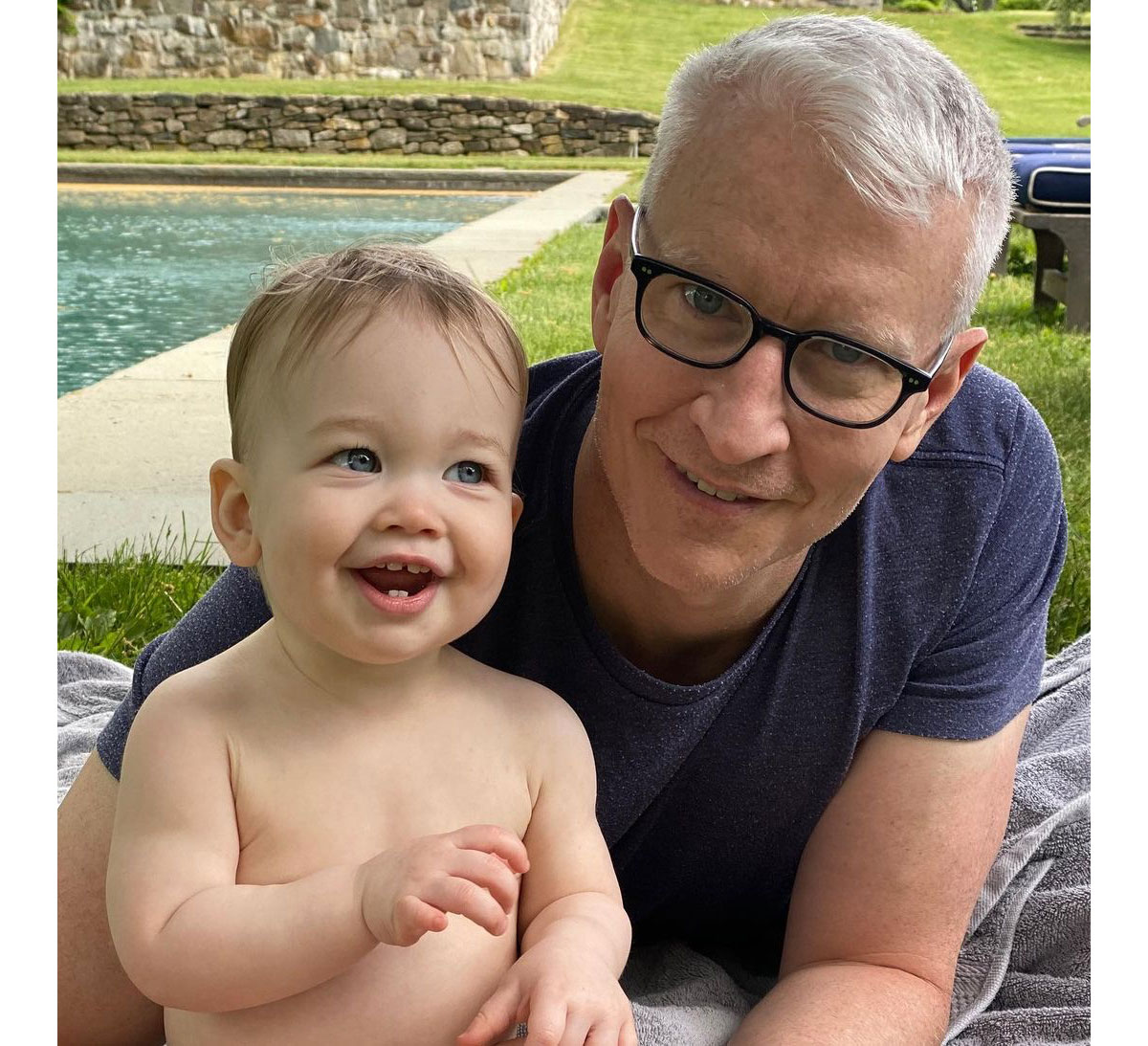 In April, the Emmy winner reflected on his first year of fatherhood, gushing via Instagram over his “sweet, funny, happy and kind” birthday boy.

“I can’t believe it has already been a year,” Cooper told his followers at the time. “I love him more than I ever thought possible.”