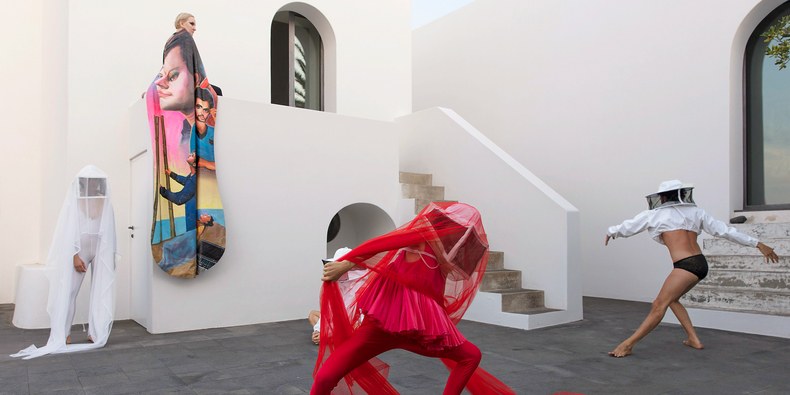 Milovan Farronato, at the headquarters of the Fiorucci Art Trust, with Katharina Fritsch’s Umbrella, 2004. Farronato wears gucci clothing and accessories; his own socks.

Early last year, when the Italian curator Milovan Farronato found out that he’d been nominated for the plum job of overseeing his country’s pavilion at the 2019 Venice Biennale, he was surprised. “I’ve never really had an institutional profile,” says Farronato, who’s made his name curating ephemeral exhibitions and festivals in out-of-the-way spots. What didn’t surprise him was that he had won the subsequent competition, beating out nine other nominees. “I thought I did a good job on my proposal,” he says with a shrug and a wry smile.

Based in London, Farronato, 45, is used to going his own way. As the director of the Fiorucci Art Trust, for which he and the founder, Nicoletta Fiorucci, conceived the annual ­Volcano Extravaganza, a summer artistic gathering held on the volcanic island of Stromboli, Farronato has earned a devoted fan base of artists, among them Camille ­Henrot, Runa Islam, and Eddie Peake. His plans for the biennale exhibition, titled “Neither Nor,” evince a typically diverse blend of aesthetic, philosophical, and political influences—not to mention his trademark flair for the theatrical. Preparations have been complicated, especially because Chiara Fumai, one of the three artists ­Farronato chose for the show, committed suicide in 2017.

Dancers perform Eddie Peake’s To Corpse (Variation 3), with Holly Pester, in a crater at Volcano Extravaganza “I Polpi,” 2017.

Fumai was a close friend of Farronato’s, and the two had worked together on a large-scale mural that will be built posthumously for the biennale, following Fumai’s plans. An extension of her acclaimed performance work—in which she was visited by multiple personalities, most of them radical and marginal—the piece explores aspects of occultism and ­hermeticism. One important influence on the exhibit is an essay by Italo Calvino called “The Challenge to the ­Labyrinth.” “It explains that, in life, narratives are contorted and twisted,” Farronato says. “The exit from a labyrinth is actually the entrance to another labyrinth.” He is turning the pavilion building itself into a giant maze, so that viewers can lose themselves among works by Fumai and the two other Italian artists. One is Enrico David, also based in London, whose sculptures and paintings explore the human form in ways that veer between the abstract and the animalistic; the other is Liliana Moro, who is known, mostly within Italy, for her conceptual installations and sound pieces.

“Not everyone will like everything, and that is normal!” Farronato says, referring to the big, mainstream crowds at the biennale. “But I believe the project is very precise in its references and intentions, while remaining open to interpretations. I always like the idea of finding a third direction. Not going right, not going left, but finding a different way.” That outlook clearly applies to many aspects of Farronato’s life, including his personal style. Even at extravagant art world dinners, where the dress code is all over the place, Farronato stands out for his full makeup, long brown hair, outfits mixing designer looks with cutoff shorts or a vintage boa, and just a hint of a five-o’clock shadow. “I try to be as fluid as possible,” he says. “For example, I like high heels because they make me taller and slimmer. Why should I avoid them?”

Farronato says he has rarely faced overt discrimination for his appearance, even in his small, traditional hometown, near ­Piacenza. He does remember getting in trouble once as a young boy, when his schoolteacher called his mother because he was applying makeup on his classmates—using glue. “I guess I wanted everyone to be more wild,” he explains. Later, he took charge of his own classroom, teaching contemporary art history in the fashion design department at Iuav ­University of Venice, where the ­art-fashion interplay became a source of inspiration. Today, Farronato singles out Gucci and Osman as two favorite labels. “They are completely ­different, but I can like them at the same time,” he says, since they allow him to mix “sporty and extravagant and ordinary” aspects of himself “without exposing or exaggerating one side.”

A few people, inevitably, don’t really get it. Just after Farronato’s biennale appointment, an Italian politician named Elena Donazzan wondered on Facebook whether Farronato shouldn’t be curating the Venice ­Carnival instead. ­Farronato maintained a dignified silence while Donazzan got slammed in the press and on social media, where Farronato’s former students rallied to defend him.

The artist Paulina Olowska, who, with ­Farronato, created a roving symposium called the Mycorial Theatre (it usually begins with a group mushroom hunt), recently cast him in a shoot for the art issue of Polish Vogue; Farronato is a disheveled but glamorous matron who plays volleyball and scales a fence in impossibly high heels. Olowska says there’s a unique kind of fearlessness to him and his work: “For so many years we’ve had these fixed rules: The artist makes the work, the curator shows it, the collector buys it; but Milovan is mixing everything up.”

A performance of Lydia Ourahmane’s Blood Moon Offering, 2018, at the Volcano Extravaganza.

When I ask Farronato to name a piece that has had an especially strong impact on him, he singles out a 2016 performance on the slopes of the volcano on Stromboli. One afternoon, the ­Portuguese artist Joana ­Escoval led about 50 people along a trail that went past an installation of her sculptures and ended at a small house, where a party was planned. Midway through the walk, however, the artist suddenly veered off into the woods. Unsure of what to do, some people continued ahead, but at least half the group followed Escoval. Farronato was among them, of course. “In the vegetation we lost sight of the crater, so it was the first time I realized that Stromboli is not just a volcano,” he says. “And then, at some point, the sea disappeared too, so Stromboli was no longer an island.”

Related: Raging Into the Morning at Volcano Extravaganza, the Italian Bacchanal Where Young Men Perform in the Buff 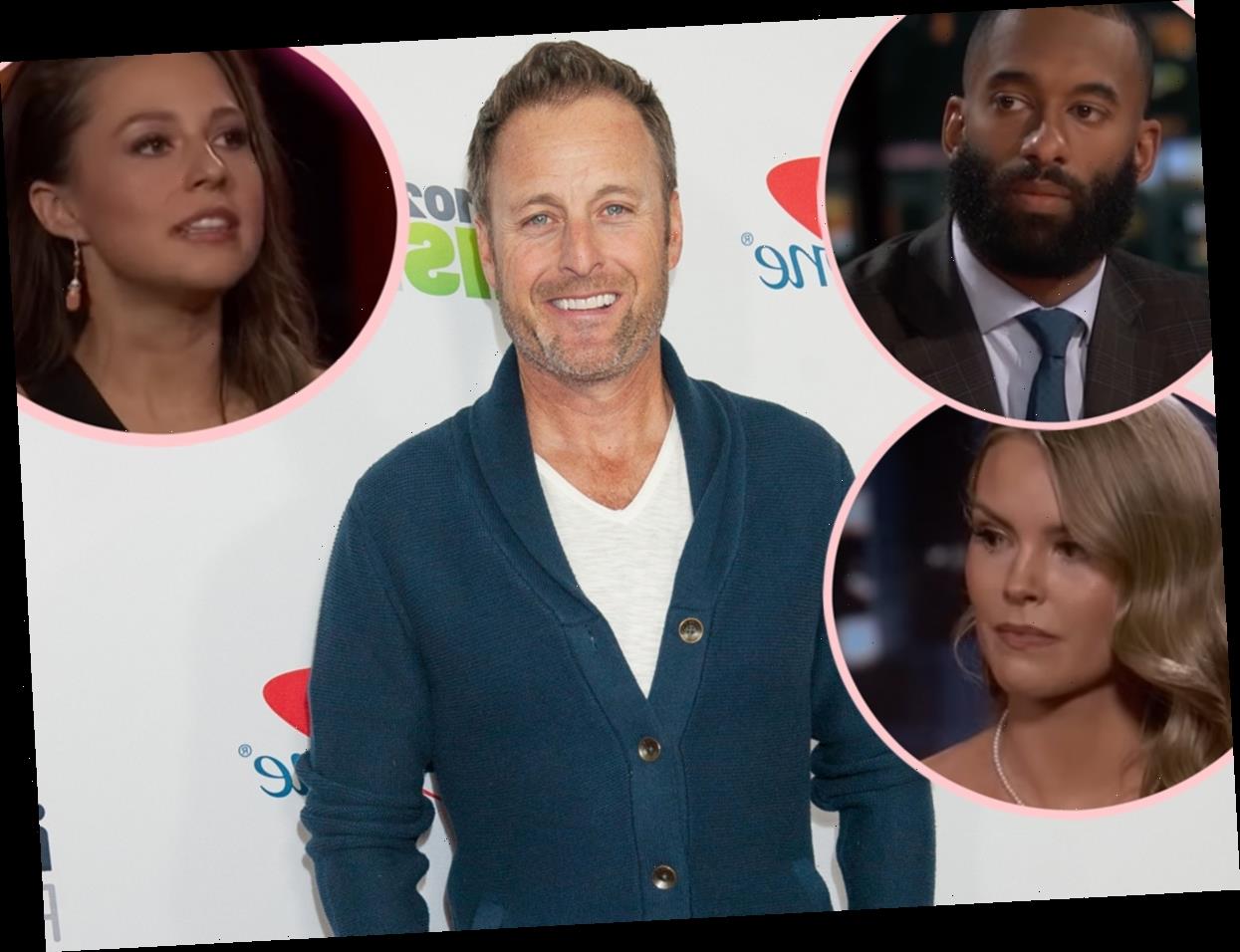