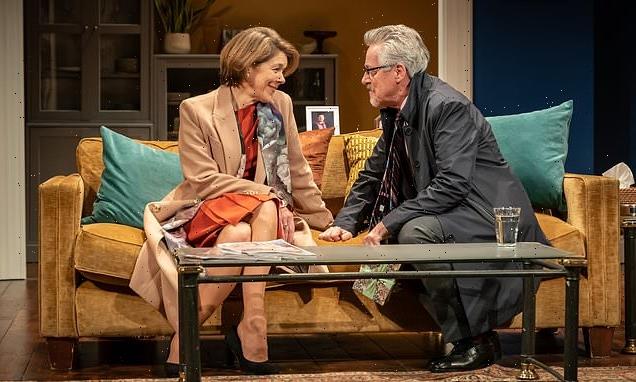 The sitcom-ish play that never gets too serious: An Hour And A Half Late, starring Griff Rhys Jones, is wafer-thin but will still leave you chuckling

An Hour And A Half Late

The French playlet for two (by Gerald Sibleyras with Jean Dell) was first staged in England with the late Mel Smith as the husband and Belinda Lang as his bored wife.

In this, Smith’s old comedy partner, Griff Rhys Jones, stars opposite Janie Dee, and Belinda Lang directs her own adaptation.

The action is set in a swish West London house. Peter, a rich tax consultant, is about to go out to dinner with his wife Linda. But she won’t leave. Her life is a void. They are empty-nesters and she’s got nothing to look forward to except a coffin. 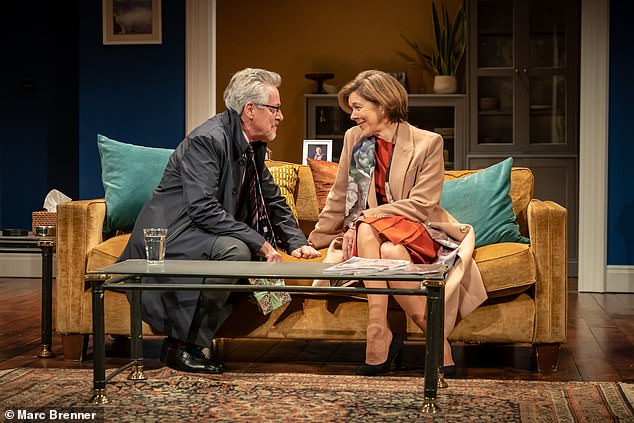 She says she never had that affair she once admitted to. Peter, grumpy and flattering by turns, is rather turned on by the confession.

Ninety minutes later, they’ve worked through her problem, having trashed the living room, reinvented their sex life and got mayonnaise on the cushions.

It’s all very sitcom-ish. This French play never even tries to plumb the depth of Linda’s isolation and when it gets serious, you always get a glib joke.

But I have to admit I found myself chuckling.

Janie Dee – a superb performer – is capricious, caustic and playful; while Jones looks bemused, wobbles his chin, and splutters, like he does.

It’s wafer-thin but if you’ve been enjoying Radio 4’s Conversations From A Long Marriage with Joanna Lumley and Roger Allam, then this might be for you.