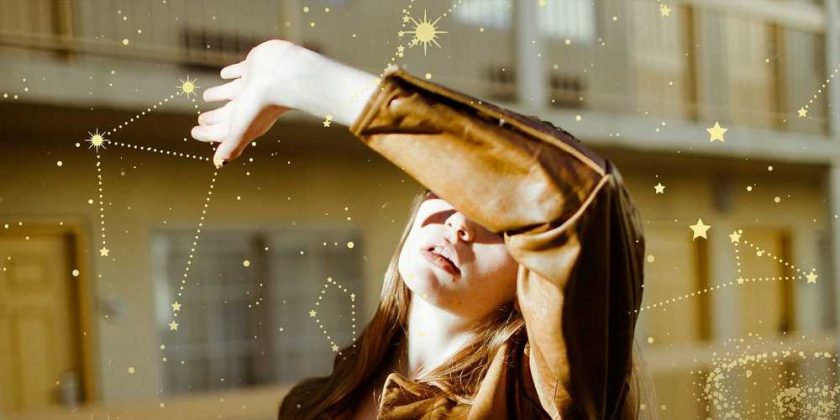 As the year winds down and we're increasingly distracted from our daily grind by all things shiny, warm, and festive, we're also heading into the second eclipse season of the year. (The last was in late May and early June.) As the sun wraps up its stint in mysterious, magical fixed water sign Scorpio, a full moon will sit in its opposite sign, fixed earth sign Taurus, kicking off a whole new cycle of eclipses through the second and the eighth signs of the zodiac that lasts into late 2023.

This game-changing event, which will be exact on November 19 at 3:58 a.m. ET/12:58 a.m. PT, will push the release of anything that's no longer serving you so that you can more readily make space for the building blocks of a more deeply fulfilling, security-bolstering life.

The full moon in Taurus delivers big changes around love, money, and self-worth.

Full moons — which happen when the confident sun opposes the security-seeking moon — are culmination points when we often reach the finish line on goals or find that a particular relationship or undertaking has run its course. In other words, it's about endings that have to happen in order for us to make room for beginnings, which is undoubtedly full of swimming in big feelings and often requires tuning into and applying your intuition.

And when a full moon is accompanied by a lunar eclipse — which happens when the earth sits between the sun and the moon and casts a shadow over la luna — the emotional ante around all of that is amped up. The energy of the moment is often extremely intense and possibly even overwhelming. All of these elements of a full moon and lunar eclipse come together to create a powerful change-making brew.

With this month's astrological event falling in down-to-earth, sensual, security-focused Taurus — ruled by the planet of love Venus — shake-ups are most likely to be tied to romantic relationships, money, and self-worth.

A square to Jupiter only serves to magnify the eclipse’s theme.

One of the main aspects this Taurus full moon and lunar eclipse makes is a square to Jupiter, the planet of fortune. That sounds fairly benevolent, but Jupiter's the planet of "go big or go home," bringing an exaggerating effect to everything it comes in contact with, so whatever the takeaway of this event is for you will only be bolded, italicized, and underlined by Jupiter. (More on that particular takeaway in a bit.)

Jupiter's effect could also have us believing more is better — even if that couldn't be further from the truth. For instance, you could be tempted to put work on the backburner or indulge a little more than usual only to have to deal with the consequences — the intensity of which could be ratcheted up by the eclipse — later on.

Mercury blurs our thinking and communication.

With the most recent Mercury retrograde in the rearview, you probably thought you were through the worst of this vibe. Bad news: Because the messenger planet is sitting opposite the moon during this eclipse, we'll have less clarity and more confusion, which could lead to a war of words. Because both Mercury and the moon are moving through fixed — aka stubborn — signs, they're fueling a tendency to dig your heels in and declare, "I said what I said." This could of course be applause-worthy if you're taking a stand on something worthy of commitment, but could very well be problematic if the situation calls for embracing a more open-minded point of view.

A T-square among Mars, Uranus, and Saturn cranks up the potential for fiery, frustrating twists and turns.

On the eclipse day, Mars, the planet of anger, in Scorpio, Uranus, the planet of rebellion, in Taurus, and Saturn, the planet of restriction, in Aquarius form a T-square. A T-square happens when three planets square one another and create a helluva lot of tension which, in the case of these particular three clashings, could result in sudden aggression, fiery showdowns, and/or fury-inducing frustration. On the flipside, squares can be activating and push us toward — yup, you guessed it, more change. So the more you can accept that you're on a choppy ride and have the ability to breathe through it, the smoother you could expect sailing to be.

My mentor, April Elliott Kent, who happens to be an eclipse wizard, always says that the best way to deal with T-squares is to zero in on and embrace the energy of the sign that's missing from the square. In this case, all fixed signs are represented except for fixed fire sign Leo. So the "escape route" of this particular aspect is to adopt a Leo perspective, which is creative, confident, optimistic, and outgoing. Ruled by the sun, buoyant Leo believes everything has a way of working out, and given the restrictions you might be facing around this T-square, trying that perspective on for size could be truly beneficial. You might find you can work through eclipse stress best by pouring your energy into a self-expressive project, prioritizing a playful activity with friends or a romantic partner, or enjoying some lionesque lazing around with your human or fur kid.

Here, how this Taurus full moon and lunar eclipse will affect you, based on your sign. (Pro-tip: Be sure to read both your sun and your rising sign, if you know it. If you don't, you can find it on your natal chart or via this CafeAstrology calculator.)

With the full moon and lunar eclipse falling in your second house of income, you'll be nudged to reflect on — and perhaps take action on — putting your happiness and well-being above your bank account.

With the full moon and lunar eclipse falling in your first house of self, you're embarking on a whole new chapter that involves reinvention and possibly some growing pains that could ultimately reshape your closest relationships.

With the full moon and lunar eclipse falling in your twelfth house of spirituality, this is a moment to take a step back from the hustle and bustle of your daily life to really trust your intuition and dreams.

Falling in your eleventh house of networking, you can expect this full moon and lunar eclipse to bring shake-ups around the people you associate with. You'll want to be sure the team you're playing with is in sync with your long-term wishes.

The full moon and lunar eclipse is in your tenth house of career, requiring that you get clear on — and clear away — the obstacles potentially standing in the way of the professional achievement you've been dreaming of.

This full moon and lunar eclipse, falling in your ninth house of adventure, is an opportunity to break free of the mundane and embrace an eye-opening endeavor that's totally out of your comfort zone — but which could prove to be incredibly fulfilling. Your motto now: Leap and the net will appear.

Because this full moon and lunar eclipse fall in your eighth house of emotional bonds and sexual intimacy, you'll be swimming in deep, transformative waters and feeling like it's time to excise a toxic pattern or relationship from your life.

With the full moon and lunar eclipse falling in your seventh house of partnership, this moment is all about striking the balance between owning your sense of self and showing up for someone with whom you have a close one-on-one bond. What needs to change in order for you to best do that?

With the full moon and lunar eclipse occurring in your sixth house of wellness, you'll have to face down the consequences of any problematic habits that could be impinging on your day-to-day well-being.

The full moon and lunar eclipse is in your fifth house of romance, fueling your drive to express yourself in a unique, devil-may-care way — with your S.O., a potential partner, or on the job. Owning your bolder, passionate side can prove empowering.

Falling in your fourth house of home life, this full moon and lunar eclipse will nudge you to deal with your past emotional wounds so that you can heal and move ahead in a more centered way.

This full moon and lunar eclipse is in your third house of communication, electrifying your curiosity and desire to learn and grow. Connecting and collaborating with others is the key.