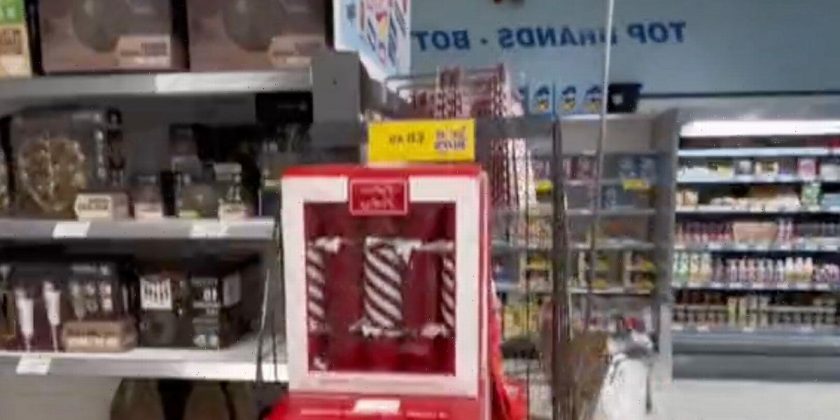 Christmas is not far away now – and that means many people are rushing around the shops to make sure they have everything they need for the festive season.

However, one American living in the UK was baffled by a Yuletide tradition that's not done across the pond.

The US expat took a wonder around Home Bargains and saw a stack of Christmas crackers – the ones you pull not the type you eat.

READ MORE: American living in the UK mocks British rivers and asks why they are 'green'

As they were confused by the festive item, the American took to TikTok for a little help.

In a clip posted to their 119,000 followers, they filmed their trip around the aisles of the budget friendly store before coming across boxes of red crackers.

"Can someone please tell me what these are and why they are everywhere in the UK at Christmas time, I'm so confused?", the American admitted.

Although Christmas is a huge celebration in the US, they are not well acquainted with pulling crackers at the dinner table like we do in the UK.

Our neighbours across the pond don't know what they are missing out on… what is Christmas without a bad joke and a keyring!

Many people took to the comments to poke fun at the American and their 'confusion' over the festive entertainment.

One person commented: "They're paper with instructions to making tea and crumpets."

Another user added: "It's a posh bow tie."

While a third mocked: "I think it's sausage rolls in blankets."

Someone else slammed: "They are a waste of money but my wife insists we MUST have them every year."

Despite some finding the puzzlement an opportunity to mock the American, others were concerned as to why they seemed to be so baffled over many things in the UK.

One wrote: "Can someone please explain how this American survives in the UK being so confused 100% of the time?"

Previously, the US expat questioned why British people have 'garages in their living room' and 'park in their gardens'.

They also took to social media to ask why some supermarkets have clock towers.