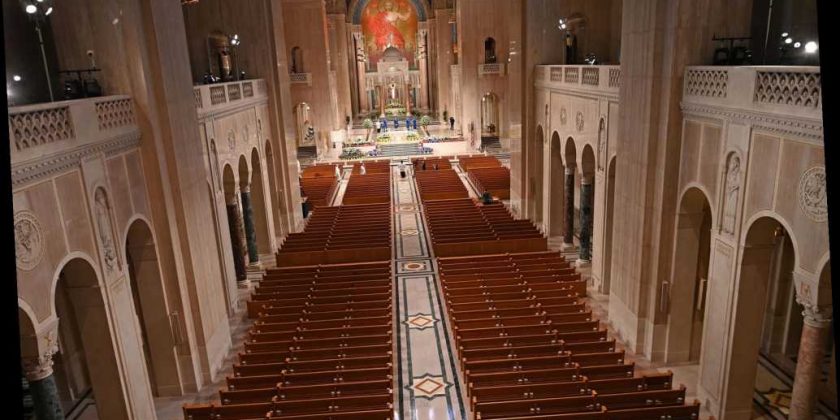 Cuomo appears in Mount Vernon, where lawmaker has called on him to resign

Cuomo gets the COVID-19 vaccine at Harlem Church

American church bells aren’t ringing so much as they are tolling, a new survey has found.

For the first time in 80 years, Gallup has found that less than half of US adults belong to a church, synagogue or mosque.

“Americans’ membership in houses of worship continued to decline last year, dropping below 50% for the first time in Gallup’s eight-decade trend,” Gallup reported in a Monday post. “US church membership was 73% when Gallup first measured it in 1937 and remained near 70% for the next six decades, before beginning a steady decline around the turn of the 21st century.”

The decline in membership is due to not only a decline in religious Americans belonging to a church, but also an increase in Americans who do not follow a religion at all, according to Gallup.

The trend is likely to continue, with Gallup noting that church membership is “strongly correlated with age.” While 66% of Americans born before 1946 belong to a church, only 58% of baby boomers do. Meanwhile, membership for Generation X is 50%, and just 36% for millennials. Available data on adult members of Generation Z appear to mirror millennial rates of religiosity.

The decline rates are similar but slightly steeper in Catholics than Protestants, but proportionately smaller among conservatives, Republicans, married adults, college graduates, Southerners and non-Hispanic black adults, all of whom maintain some of the highest rates of church membership.

“The US remains a religious nation, with more than 7 in 10 affiliating with some type of organized religion,” the report concluded in its “Implications” section. “While it is possible that part of the decline seen in 2020 was temporary and related to the coronavirus pandemic, continued decline in future decades seems inevitable, given the much lower levels of religiosity and church membership among younger versus older generations of adults.”