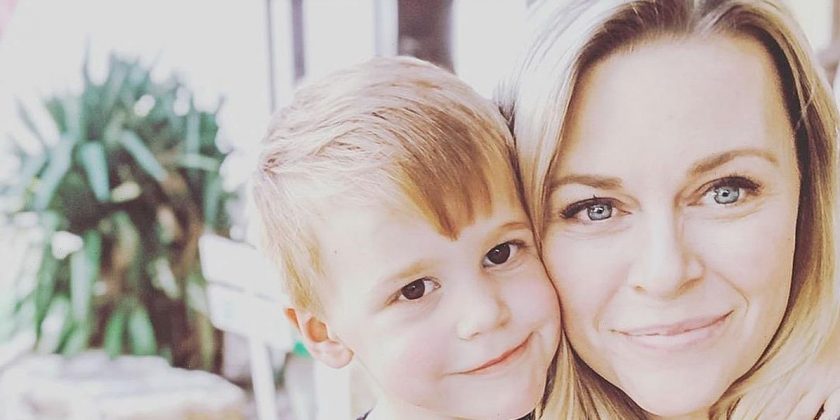 Two years after 3-year-old son River died in a drowning accident, Amber Smith hit back at Instagram trolls shaming her over the tragedy.

“I never like to give these people more attention than they deserve, but it’s just a reminder that we live in a dark world where people judge one another [and] say the most hurtful, cruel things,” the actress, 39, wrote on her Tuesday, August 24, Instagram Story. “Please, think before you type or speak your opinion.”

“How could you ever just lose a kid and replace him and be fine with it you seem so happy and it seemed like it was so easy for you to have another kid,” one hater wrote, while another asked, “Is someone watching to make sure this kid is supervised?” A third user added, “If only you guys would have watched him better around the pool, he probably would still be here. Poor River.” 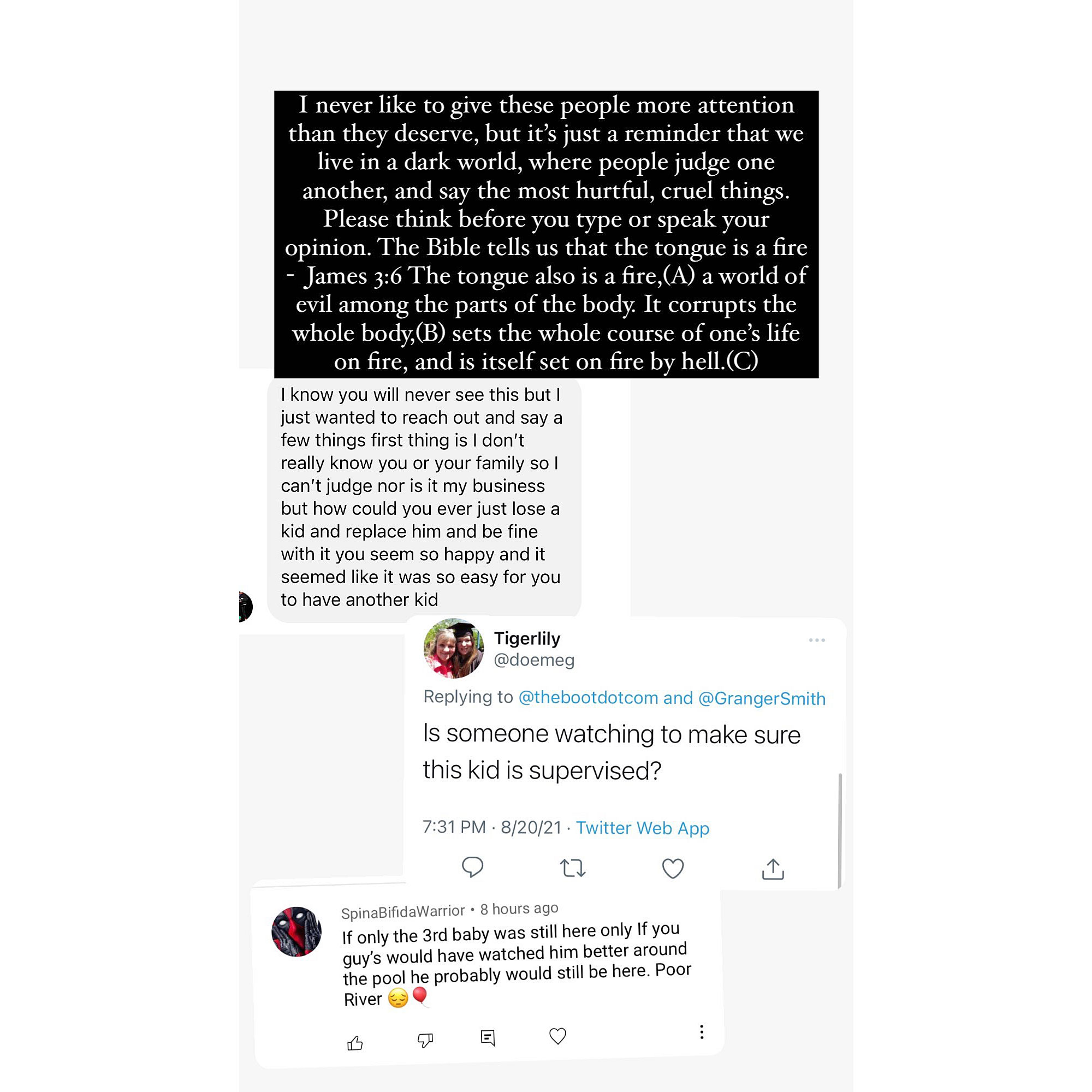 The Monster Wolf star, who also shares daughter London, 9, and son Lincoln, 7, with Granger Smith, encouraged her Instagram followers to “choose to be the light,” writing, “Know who you are in Christ Jesus so when flaming darts come your way you are wearing the armor of God. Not today, Satan.”

Amber went on to post a video of herself dancing with Maverick. “We worship away the dark and dance into the light,” she captioned the footage.

The couple welcomed their infant on Friday, August 20, and his middle moniker, Beckham, honors his late brother.

“I wanted this baby to have his own identity, and I didn’t want him to be so tied to River. But I did want him to have a little piece of his brother in his name,” Amber told her YouTube followers in May, noting that Beckham means “home by the river.”

Halsey and More Stars Who Had Children After Miscarriages

The pair’s road to conceive their son was “a roller coaster ride,” Granger, 41, wrote via Instagram in March. The country singer detailed his wife’s previous miscarriage and IVF journey, gushing about Amber’s “steadfast resilience.”

The songwriter added at the time: “Life isn’t perfect. Sometimes it’s beat up and broken but it’s NEVER hopeless. God promises that. Our story isn’t finished yet, and neither is yours! Through our suffering and joy, God’s glory radiates through it all!”