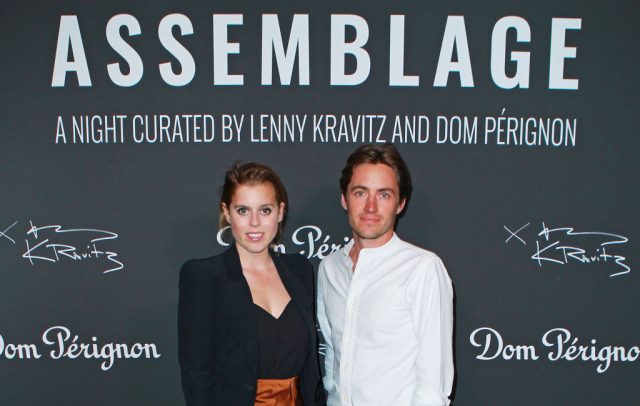 Princess Beatrice has been dating her controversial boyfriend, Edoardo Mapelli Mozzi, for almost a year, yet the two still have not announced an official engagement. While the couple is reportedly ready to take things to the next level, Mozzi has not popped the big question, leaving royal watchers wondering if the couple is on the verge of making a big announcement in the near future. What are the chances that Beatrice announces her engagement soon?

Beatrice is ready to tie the knot

Beatrice and Mozzi, a real estate developer from Italy, have been dating for nearly a year. Inside sources claim that the two are happily in love and adore spending time together. Princess Beatrice and Mozzi have been spotted in public more frequently, including an increase in royal events, so there may be some truth to the rumors. But there is another telling sign that indicates Beatrice is ready to make a big commitment.

According to Express,Beatrice recently switched up her diet and is on the same vegan food planMeghan Markle used before tying the knot with Harry. Beatrice is also planningon hosting a vegan dinner party for her 31st birthday next month.

This could be a sign that Beatrice is getting in shape for awedding, though it could also mean that she is just choosing a new diet. Forthe vegan party, Beatrice has hired caterers from Admirable Crichton to providefood that is completely free of animal products.

Is another royal wedding on the horizon?

Royal experts believe that it is only a matter of time before PrincessBeatrice announces an engagement. Between the reports that Beatrice and Mozziare in love and the fact that he is becoming a staple at royal events, there isplenty of evidence to back up the engagement rumors.

Unfortunately, Beatrice has not commented on her romance withMozzi, so it is hard to tell if the two are serious about making a long-termcommitment.

Whatever happens, it is clear that Beatrice and Mozzi are happywith their relationship and how things are going. Mozzi has already appeared ata number of royal events this year, a sign that he is slowly gaining acceptanceamong the rest of the royal family.

This includes an appearance at an event hosted by Princess Beatrice’sfather, Prince Andrew, and a cameo at the Horse Guards parade, another eventthat has close ties with Andrew.

Beatrice is getting fashion advice

Another sign that an engagement is on the way is the report that Beatriceis getting fashion advice from experts. If a wedding is around the corner,Beatrice will need all the help she can get to avoid any fashion missteps.

To that end, inside sources say that Beatrice has enlisted helpfrom Olivia Buckingham and Lady Emily Compton to better her fashion choices.The two women have been working closely with Beatrice to create a new look —and so far, their work is paying off.

Princess Beatrice’s team helped her pick out a gorgeous pink gownfor Trooping the Colour and another dress for Lady Gabriella Windsor’s recentunion.

On both occasions, fans were quick to notice that Beatrice lookeda lot more fashionable than normal. It is unclear if Buckingham and Comptonwill help out with the wedding, but Beatrice will likely need all the help shecan get when that day comes.

Princess Beatrice is Andrew’s oldest daughter and is ninth inline to the throne. Her mother is Andrew’s former wife, Sarah Ferguson. Apartfrom his work in the real estate world, Mozzi has ties to nobility in Italy andhis official title is that of a count. His dad, Alessandro Mozzi, is an Olympicskier who lasted competed in the 1972 Winter Olympics.