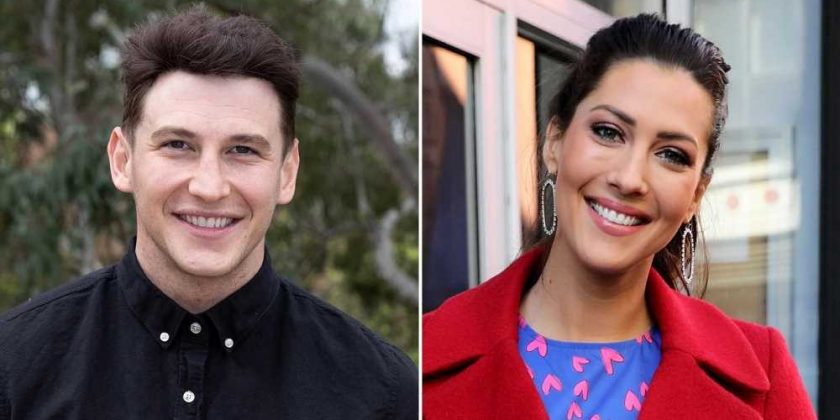 Putting the past behind them! Becca Kufrin reflected on ex Blake Horstmann’s “strange” comments about their relationship before she joined season 7 of Bachelor in Paradise earlier this year — and revealed where they stand today.

“Blake and I — even when I saw him this weekend, we hugged. I was like, ‘It’s good to see you. At the end of the day, I wish the best for you,’” Kufrin, 31, said on the Monday, October 18, episode of the “Almost Famous” podcast after seeing Horstmann, 32, in San Diego, California, with several other Bachelor Nation stars at Blended Festival. “We’ve always been in good standings, I would say.”

The season 14 Bachelorette, who accepted a proposal from Garrett Yrigoyen over Horstmann during the August 2018 finale, noted that her bond with the Colorado native has never wavered. 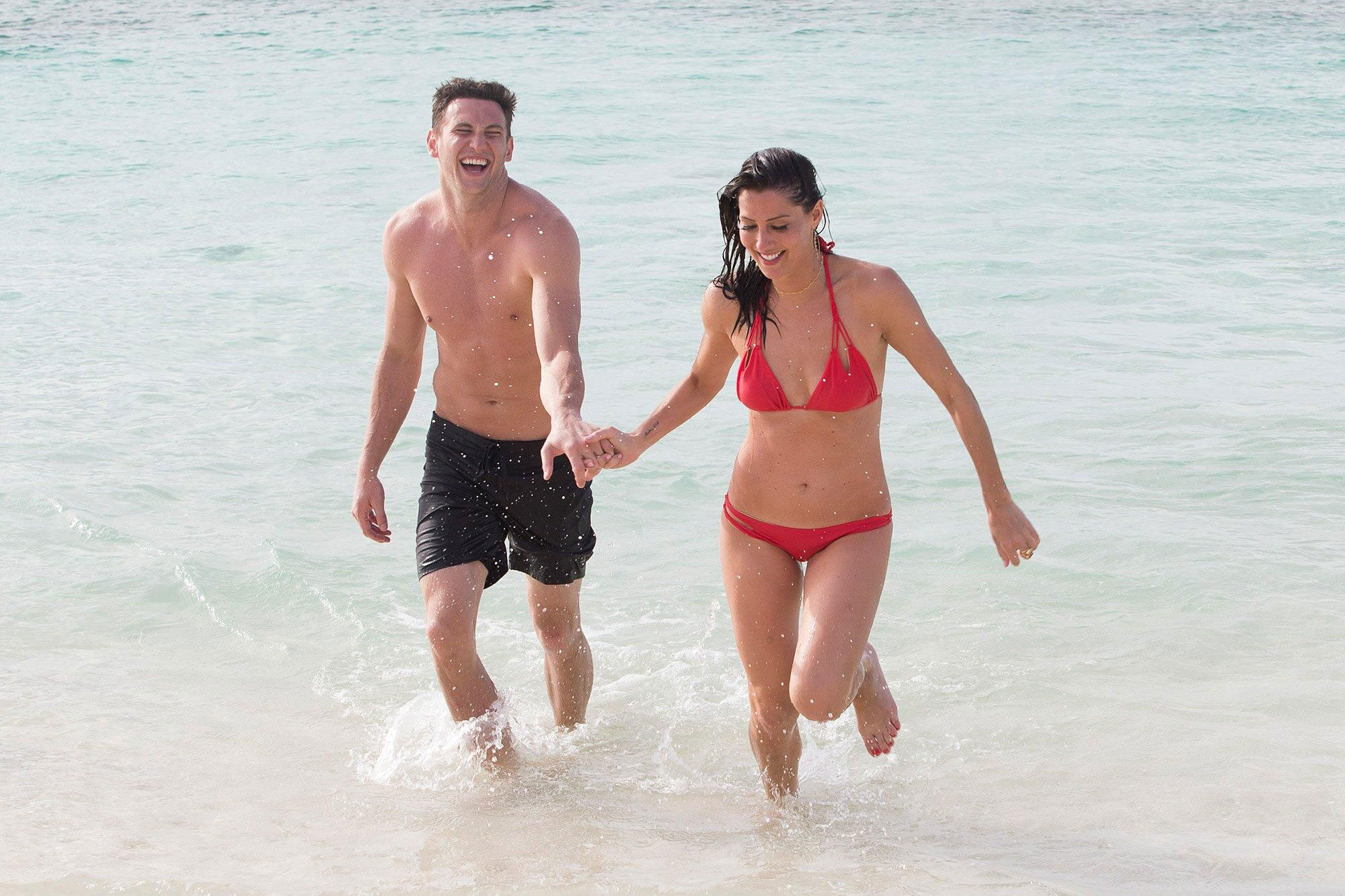 “After my season, at that point, it was weird because I broke up with him on national television and got engaged to somebody else. Even with that, there was never any ill will or bad blood between us,” she continued. “We’ve kept in contact. We’ve supported each other.”

Kufrin confirmed in September 2020 that she and Yrigoyen, 32, called off their engagement — and it wasn’t long Horstmann’s relationship with the Minnesota native began to make headlines. Some fans shipped the former couple earlier this year, after they were caught exchanging flirty social media messages, but the “Bachelor Happy Hour” cohost maintained that they were just friends.

Everything Becca Kufrin and Blake Hortsmann Have Said About Their Relationship

Horstmann, on the other hand, claimed in September that he and Kufrin were “talking” before she began filming season 7 of Bachelor in Paradise, which premiered in August.

On Monday, Kufrin addressed the DJ’s comments about their dynamic once again, saying, “I think there was just miscommunication. Chalk it up to [being] men and women, and how people communicate.”

The Bourdon founder claimed that she’s “always” kept in “sporadic contact” with Hortsmann, clarifying, “In my mind, it was never something that was [as] serious as, like, a relationship would go.”

Kufrin said that it did throw her off that the “Behind the Rose” podcast host kept talking about her when he allegedly already knew about her romance with Thomas Jacobs, from whom she briefly split before returning from Mexico.

“We all sort of know what’s going on and who is dating who. In my mind, I wouldn’t talk about somebody as much, or be hyper-focused on somebody, if I knew they were in a relationship,” she told Bachelor Nation’s Ben Higgins and Ashley Iaconetti on their podcast. “It was strange, and it was uncomfortable because he knew [I was in a relationship]. He [even] said, ‘I know you’re in a relationship and you’re probably trying to protect something with Thomas.’”

‘Bachelor in Paradise’ Couples Who Are Still Together

However, when the exes met up in San Diego on Friday, October 15, things between them appeared to be better. Their interaction was buffered by other stars from the ABC franchise, including Jacobs’ ex Katie Thurston.

“It was good. It’s just communication between men and women and between the two of us. I will always wish him the best and support him,” Kufrin continued. “We went to his show and Katie and I were up on stage with him. I think we’ll always be cordial with each other. We’re going to be at Ben’s wedding together.”

Higgins, who is set to marry Jessica Clarke next month, joked, “Selfishly, I’m really happy this happened this last week. This is great. You guys, hash this out!”