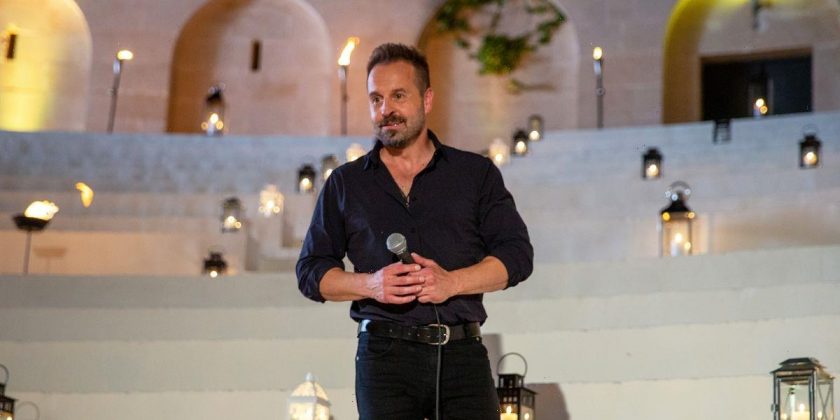 Love Islandis in its final week and to mark that, thecontestants are heading off on their final dates.

One date looks particularly exciting as fan-favouritesEkin-Su CülcüloğluandDavide Sanclimentienjoy a romantic candlelit meal in a Roman-looking amphitheatre, while being serenaded by world renowned singer, Alfie Boe.

The night is made all the more romantic by 48 year old Alfie’s singing with Ekin-Su telling Davide she feels like she’s “in a dream”.

Alfie certainly knows how to bring the romance as the world-renowned singer has been serenading the public since his career began in 2002 when he performed in La bohème.

A rehearsal of that opera in San Francisco is where he first met now ex-wife Sarah and the couple went on to wed in 2004. During their marriage, the pair welcomed daughter Grace and son Alfred.

In August 2020, Alfie announced that he and Sarah had gone their separate ways and that their split was “amicable”.

He toldMetro: “After speculation about my marriage to Sarah ending, I can confirm that we have separated.

“I have nothing but love and respect for Sarah, who's been an incredible partner and an amazing mother to our two beautiful children and everything is very amicable.”

Alfie laid some of the blame for the split on the time he spent apart with his ex-wife due to his flourishing career.

“I think the time apart did sort of distance us a little bit and we tried to make things work as far as being together,” he said in 2021.

“They [Sarah and their two children] came over to visit me, but inevitably I was still working, having to do interviews and so on, and I couldn’t focus 100 per cent on the family when they were around.”

Alfie went on to praise Sarah and explained that the pair remain close thanks to their children.

“I still have a lot of love and affection for my ex-wife,” he said previously. “She’s an absolutely amazing woman and a wonderful mother. I’m grateful for the years that we had together, I really am.

During their relationship, Alfie and Sarah moved around the world many times, including living in America, to be close to Sarah's family.

Talking of moving back to the UK to theTelegraphin 2018, Alfie gave an insight into his family life.

He said: "We're moving back to the UK this year and my children – Grace, nine, and Alfred, six – are excited.

“Grace wants a pony, but I'm hoping she settles for a rabbit or a hamster. The move will make touring a lot more convenient because it won't be so far to travel.

“I'll be able to bring the family with me more. The kids are great travellers now they're older.”