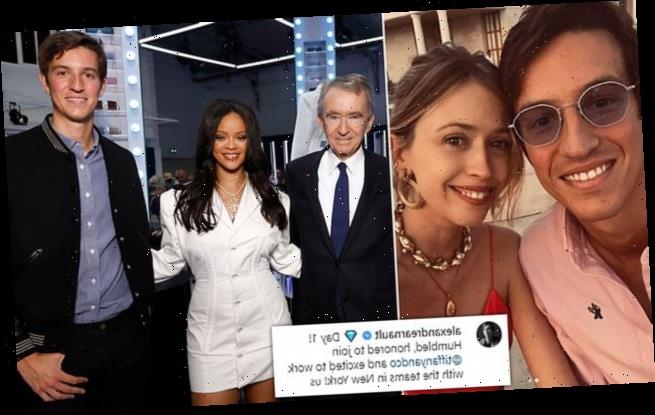 Billionaire LVMH founder Bernard Arnault has promoted his son to the leadership team of Tiffany & Co. after concluding its $16billion acquisition of the American jeweller.

Alexandre Arnault, 28, left his previous role as CEO of Rimowa, also owned by LVMH, to become executive vice president at Tiffany & Co., in charge of product and communication.

Sharing the news on Instagram, Alexandre, who was born in France but is fluent in English, wrote: ‘Humbled, honored to join @tiffanyandco and excited to work with the teams in New York!’ 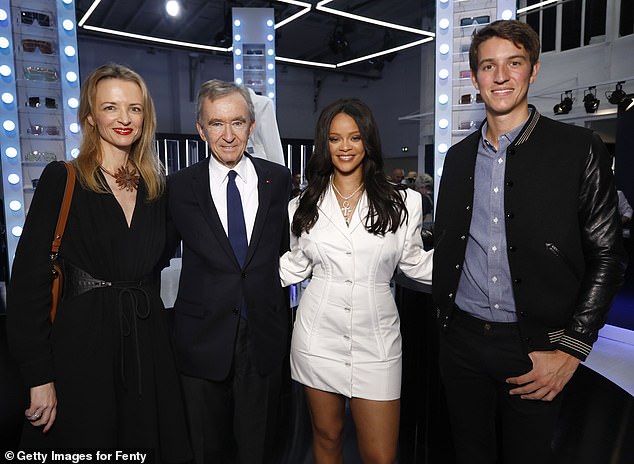 First family of fashion: Billionaire LVMH founder Bernard Arnault has promoted his son Alexandre, 28, to the leadership team of Tiffany & Co. after concluding its $16billion acquisition of the American jeweller. Pictured, Bernard (centre) with Alexandre (right), daughter Delphine and singer Rihanna in 2019. Rihanna’s Fenty label is part of the LVMH group 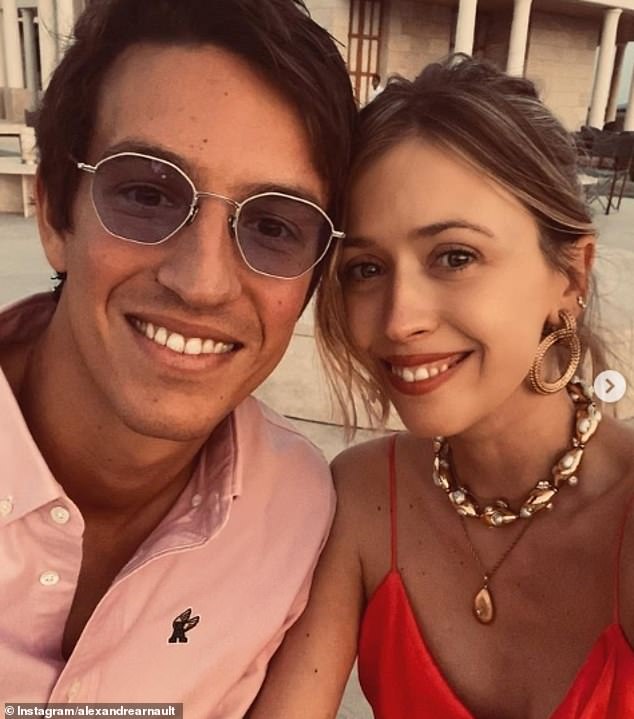 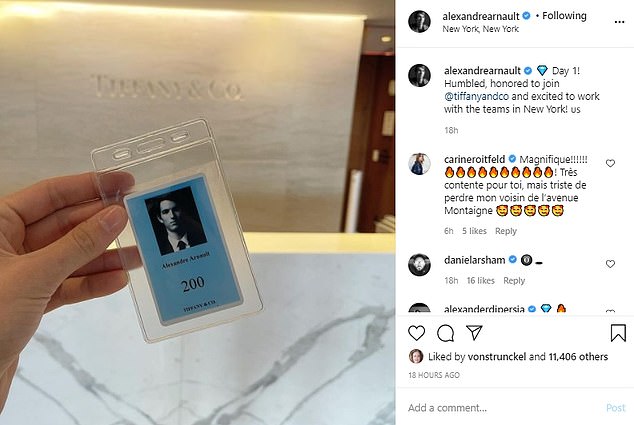 Bernard, who has five children from two marriages, has given senior LVMH roles to his four oldest children. Youngest son Jean, 23, is still a student.

Only daughter Delphine, 45, is director and executive vice president of Louis Vuitton; eldest son Antoine, 43, who married Russian supermodel Natalia Vodianova last year, is CEO of Berluti and oversees image, communications and the environment for LVMH; and third son Frédéric, 26, is CEO of Tag Heuer.

Each appointment is closely watched for signs of who Bernard, 71, might one day appoint as his successor.

The French business magnate has a net worth of approximately $114billion thanks to through his holdings in LVMH and Carrefour SA, making him Europe’s richest man. 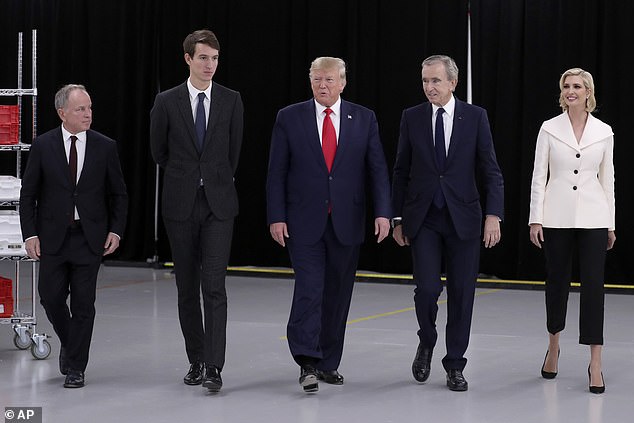 Connected: Alexandre, second from left, accompanied his father, second from right, on a visit to the US to meet President Trump and his daughter Ivanka in 2019. Also pictured, Michael Burke, chairman of Louis Vuitton, who will now also serve as chair of Tiffany & Co.

‘Bernard Arnault is building a fair process between the Arnault siblings by testing them,’ Philippe Pele-Clamour, adjunct professor at business school HEC Paris, told Bloomberg. ‘That will allow them to understand if they can lead such a group.’

Alexandre trained as an engineer, graduating from France’s Ecole Telecom ParisTech and Ecole Polytechnique. He held jobs at McKinsey & Company and KKR before joining the family business with a position at Fendi.

He was appointed to Rimowa in 2017 after he played a crucial role in LVMH’s decision to buy an 80 percent stake in the high-tech luggage maker for 640 million euros ($716 million), its first acquisition in Germany.

Under Alexandre’s four-year tenure, Rimowa paired up with sportwear brand Supreme for a collaboration and made a big social media push to draw in younger, trendier shoppers and influencers. 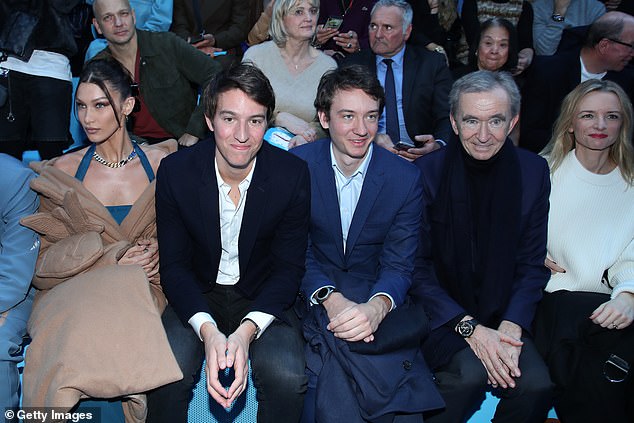 Analysts expect Tiffany & Co. will be given a makeover in a bid to do similar, as well as attract Asian customers.

The move marks a significant step up for the young Arnault.

Alexandre will work under Michael Burke, chairman and CEO at Louis Vuitton, the group’s biggest money spinner, who will now also chair Tiffany & Co. Anthony Ledru, head of Louis Vuitton in the US, will take over as CEO of the jeweller.