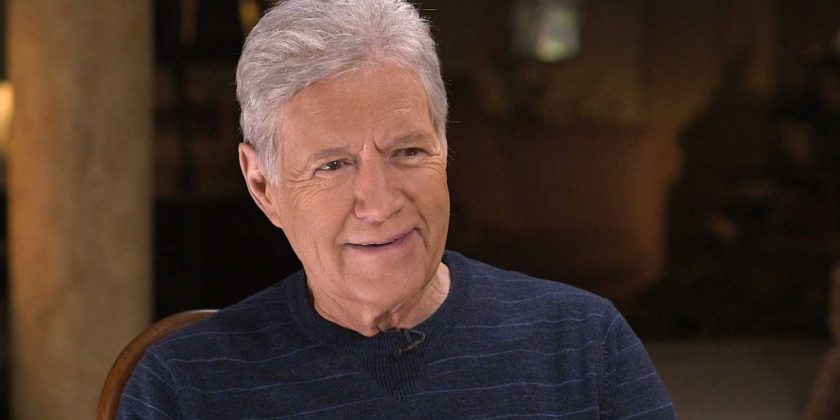 In a May 1 conversation with “Good Morning America” host Robin Roberts, he discussed the mental impact of cancer, revealing the waves of “‘deep, deep sadness” that have hit him since his diagnosis, which he announced in March.

This weekend, the Daytime Emmy winner gets real about the physical effects of cancer in an interview with “CBS Sunday Morning” host Jane Pauley. In a preview clip, he discusses losing his hair to chemotherapy and spending the time between episode tapings curled up in the fetal position in his dressing room.

Trebek, 78, revealed that the show was still in production when doctors found a lump “the size of a small fist” in his abdomen. The tumor and the treatment regimen meant to shrink it caused debilitating stomach cramps both on- and off-camera. 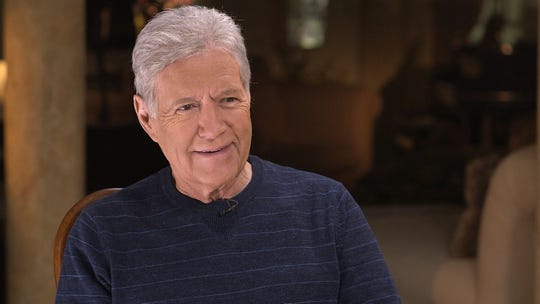 Alex Trebek says that although he's been told his chemo wig looks better than his real hair, he hopes to grow his own back over the summer hiatus. (Photo: CBS)

“This got really bad,” he told Pauley. “I was on the floor writhing in pain.” At those moments, he said his pain level would jump “from a three to an 11.” He added that there were times he would just barely make it back to his dressing room before the next wave of cramps hit.

Making matters worse, he said, was the frequency of the cramps –  which came “three or four times a day while we were taping – and the tight turnaround time between episodes.

He often had “15 minutes before the next show. So I got myself together and spasms of that kind usually last about 10 to 15 minutes. So all right, here we go again. ‘Anybody got any pain pills?’ And I don’t like taking pain pills. But –  so I – I got through it.”

He was loath to cancel any episodes of the game show, which is currently enjoying peak ratings thanks to current champ James Holzhauer, whose record run resumes May 30.

Trebek even joked that his chemotherapy-induced hair loss has opened the door for a new game for the show’s fans.

“The challenge for ‘Jeopardy!’ viewers right now is to figure out, ‘Is that Alex’s real hair, or is that a full hairpiece?” he cracked. “Which is it?”

In the case of the CBS interview, here’s the answer, phrased the form of a question, “Jeopardy!” style: “What is a wig?”

Trebek added, “We have the summer months off. So hopefully my own hair will grow back. Because I like my own hair.”