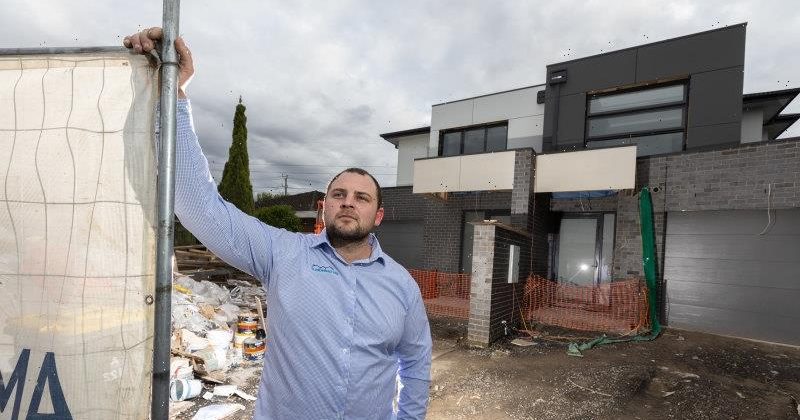 Builders are being forced to construct homes at a loss as consumers decline to meet in the middle on out-of-date contracts that do not reflect rising construction costs.

Some industry figures warn that more businesses will go bust as a result, which could entrench the market power of remaining businesses and permanently increase the cost of building a new home. 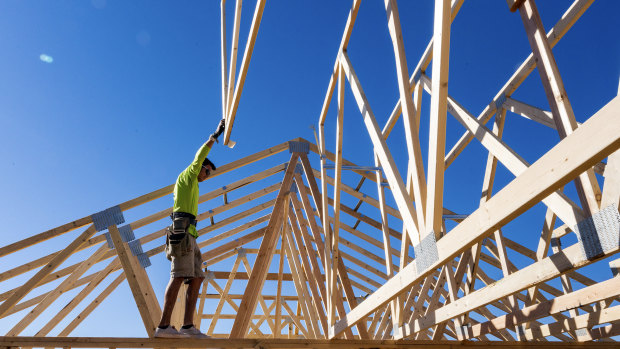 The cost of building a house has jumped 25 per cent since the pandemic started.Credit:Getty

While new data from the ABS shows the average cost of building a new home has increased by 25 per cent – about $80,000 – since the pandemic started, many builders are locked into old contracts that do not reflect the unforeseen increase in construction costs.

Materials and labour costs have soared thanks to two years of strong demand for new homes and renovations that was further stimulated by the Morrison government’s HomeBuilder initiative, in the face of ongoing limits such as supply chain bottlenecks and weather impediments.

Industry figures say that as result, most builders have been forced to honour contracts that were quoted months before construction began.

“Most of the consumers are taking the hard line … consumers are saying ‘so what if there are increases? Builders are builders, they should have known there were going to be problems’. But no one expected the mess we’ve got,” Dwyer said.

He said there had been very few cases where consumers met builders in the middle, which means consumers accepted some higher costs and builders constructed at a smaller loss. In many instances, builders have walked away from jobs to avoid going bankrupt, Dwyer said.

“The situation between builders and consumers is very unsavoury and not a pleasant one. Consumers don’t understand, they’re going to find they’re going to be in limbo for so long and [it will] still cost an arm and a leg to get it finished.

“If consumers can see their way clear to negotiate and obtain a little bit extra money from their lender and do a deal with their builder to keep going, is a far better outcome than to close the door.” 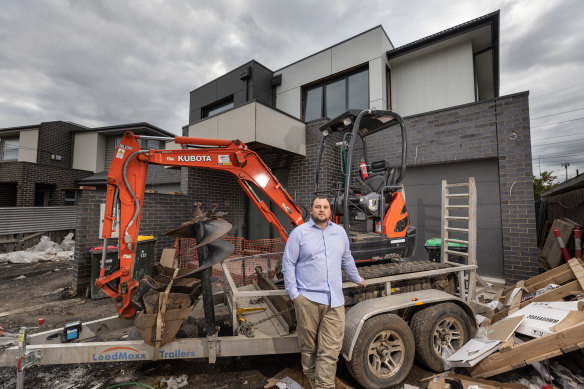 Builder Alex McGough said rising construction costs mean he has been forced to build at a loss in many instances.Credit:Jason South

Melbourne builder Alex McGough, of AMG Construction Group, has honoured every contract despite increasing costs that no longer reflect the price of the build and works seven days a week to keep his loss to a minimum.

“I’ve had to honour what I’ve quoted and just had to finish the job, I’ve had to be a bit creative in how I do a few things” – such as buying materials upfront before progress payments are made – McGough said. “Honestly, I’m there doing big days and hours to compensate for the loss.”

Newer and increased contracts merely reflect the true cost of a build rather than making a larger profit margin, he said.

“I’m not making any more money, I’m purely trying to account for trades and materials at a higher cost,” he said.

“Honestly, I’m there doing big days and hours to compensate for the loss.”

“Nobody is actually making any more money; everybody has had to raise their prices to stay where they were. If anything, builders are making less than they were even though there is plenty of work around. The word that keeps being thrown around is a profitless boom. If you think a home is expensive to build now, if enough builders and tradesmen get burnt that will thin the market down and it will cost to build a house a lot more in coming years.”

But they remain at elevated levels and are still 12 per cent higher than the same three-month period in 2019, according to the Housing Industry Association.

Rising interest rates will compound the pressure of surging construction costs and will cause new build sales to fall, said Tim Reardon, the association’s chief economist.

“The cost of borrowing and cost of building is now higher, so it’s a compounding impact,” he said.

Master Builders Association New South Wales executive director Brian Seidler said some builders were now quoting a price that is “cost plus” that adds in a certain amount of increase to material costs.

“That means that every increase, whether it’s materials or labour, there is an agreed percentage on top of whatever that is. It’s to cover their costs,” Seidler said.

He said consumers were better off coming to an agreement with their builder, as walking away from a contract means a new contract would price in current costs.

The Money with Jess newsletter helps you budget, earn, invest and enjoy your money. Sign up to get it every Sunday.