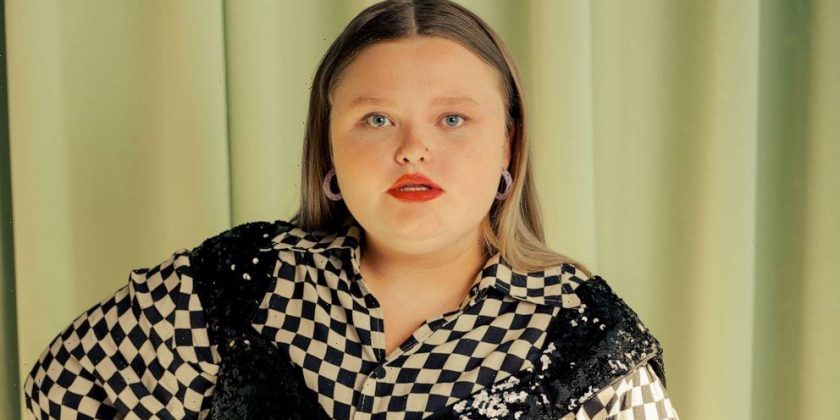 Alana Thompson, famous for lines such as “You better redneckonize” and “A dollar makes me holla,” is back in the spotlight and no longer going by the nickname Honey Boo Boo.

Just a few days ahead of her 16th birthday, the former child reality star was photographed as we’ve never seen her before for Teen Vogue.

Throughout the digital spread of visuals captured by Peyton Fulford, Thompson is seen wearing everything from bright red lipstick and sequins to shiny metallic tones and a cowboy hat, all styled by Ansley Morgan.

“OMGG!! I’m soo excited to finally tell everyone that I’m on Teen Vogue,” Thompson captioned a photo from her new feature. “This is a dream come true, never in million years would I’ve thought I was gonna be on Teen Vogue but look at me now! I’m so thankful & grateful for this opportunity.”

The former beauty queen also opened up to the publication about everything from growing up in the reality TV spotlight to her thoughts surrounding her mother, who is famously known as “Mama June.”

To also set the record straight, she started by sharing with Teen Vogue that she’d prefer people start calling her by her real name.

“My mama did not name me Honey Boo Boo. My name is Alana,” said Thompson.

The 15-year-old discussed her relationship with her mother and revealed that forgiveness has been one part of the duo’s efforts to mend their relationship. The other half has been her mom admitting to her wrongful actions as they relate to her substance abuse.

“A lot of folks in this world do not realize how many people are actually really affected by drug and alcohol [use]…It’s very, very hard,” said Thompson. “It’s something I’d wish on nobody, for real.”

She added, “When my mama got real bad with her [drug use], I didn’t know where I was going to end up. I’m proud of myself for how far I’ve come.”

Many fans remember Thompson’s standout character and have an imprint of her as a toddler top of mind from her days on the hit 2012 show “Here Comes Honey Boo Boo.”

However, the famed teenager confirmed she’s no longer the little girl many remember.

“I guess people still expect me to be little Honey Boo Boo and I’m not anymore,” she said. “Just because I’m from the south, people expect me to be all country bumpkin, out riding four-wheelers all the time, but that’s not really how it is…But I do not care. As long as I like myself, I’m good.”