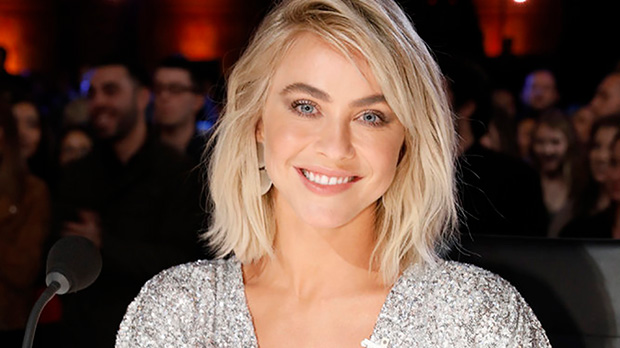 ‘America’s Got Talent’ returns for its 14th season on May 28 with two new judges, including Julianne Hough. HL spoke EXCLUSIVELY with Julianne about what kind of judge she’s going to be on ‘AGT.’

Julianne Hough, 30, is going from the Dancing With the Stars judges’ table to the America’s Got Talent judges’ table. Julianne will make her debut with Gabrielle Union, 46, as the two new AGT judges replacing Heidi Klum, 45, and Mel B, 43, in the season 14 premiere. HollywoodLife talked EXCLUSIVELY with Julianne about the type of judge she wants to be to the acts that take the AGT stage this summer. “I hope that they know that they are supported the minute they come out on stage,” Julianne told HollywoodLife. “That they know I have been in their shoes and I know what they feel like and I know what it feels like to be rejected. So immediately I want them to know that I want to give them a shot and so I give that. I also give them constructive feedback because this is their life. This is not just a TV show for them. To be able to give them something to work on after the show is done so they can continue to believe in themselves, that is what I want to give!”

Julianne knows a thing or two about being on stage. She competed in multiple dance competitions when she was younger. She became a professional ballroom dancer and competed with celebrity contestants for 5 seasons on Dancing With the Stars. She won the show twice with Apolo Ohno, 37, and Helio Castroneves, 44. She left the show after season 9 and eventually returned as a judge for multiple seasons.

The dancer/actress/singer will also be sitting alongside AGT vets Simon Cowell, 59, and Howie Mandel, 63, at the judges’ table. HollywoodLife spoke EXCLUSIVELY with Simon about working with the new crew. “Well, I sit next to Julianne. She is sharp as a whip [and] funny! But they all are actually! And Terry [Crews] is so much fun…” Simon said. “There are people who do these jobs honest to God for a paycheck. This lot is doing it because they like the show, I think. I really do believe that!”

America’s Got Talent season 14 premieres May 28 at 8 p.m. on NBC. The show will continue to air Tuesdays throughout the summer.