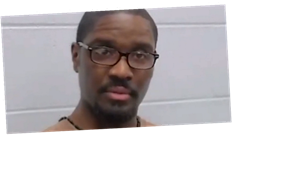 Criminal justice advocates, celebrities, and jurors involved in a 1999 murder case are calling on the Trump administration to halt the ninth federal execution of this year. Brandon Bernard, a 40-year-old inmate, is scheduled to die Thursday at the federal penitentiary in Terre Haute, Indiana, as the Trump administration moves forward with more executions ahead of President-elect Joe Biden’s inauguration.

Bernard was sentenced to death in 2000 after a jury found him guilty of two counts of murder, but developments in his case have raised questions about the conviction. Bernard was 18 when he and accomplices robbed and abducted two youth ministers, Todd and Stacie Bagley, on a Texas military reservation in 1999.

After locking the couple in the trunk of their car, an accomplice, Christopher Vialva, shot both victims in the head, killing Todd instantly. Bernard then set fire to the trunk.

Prosecutors told the jury that Stacie died because of the fire that Bernard started, and for that reason, they asked jurors to give the death penalty. But after the trial, an independent medical examiner hired by the defense determined that Stacie was “medically dead” before the fire.

Vialva was executed for his role in the murders in September.

According to a request for a stay of execution from November, the government withheld evidence that could have made a difference to the jury at sentencing. “Expert evidence that Bernard occupied the gang’s lowest rung would almost certainly have persuaded at least one juror to vote for life,” the court filing argues.

With this new information, five out of the nine surviving jurors have said they would change the sentence to life in prison rather than capital punishment. Former jury foreperson Calvin Kruger said he now supports a life sentence because Bernard was “not the ringleader behind these offenses, but a follower.”

Angela Moore, the prosecutor who fought off an appeal to overturn the sentence, is now objecting to his execution. Moore told CBS News she changed her stance because of “the legal reasons, aside from my own personal beliefs, it’s the evidence and what we have found out since. Mr. Bernard did not shoot and kill the victims in this case.”

Mark Bezy, the former warden at Terre Haute, said he supports the commuted sentence based on Bernard’s “remarkable” prison record. “He would function exceptionally well in a less-restrictive environment without posing any risk to institutional security and good order, or posing any risk to the safety and security of staff, inmates, or others.”

Celebrities have also called on the Trump administration to halt the execution. Kim Kardashian West, who has swayed Mr. Trump on cases in the past, urged the president to commute Bernard’s sentence on Wednesday.

“Brandon Bernard, a 40-year-old father is going to be executed tomorrow by our federal government. Having gotten to know Brandon, I am heartbroken about this execution,” West tweeted. “I’m calling on @realDonaldTrump to grant Brandon a commutation and allow him to live out his sentence in prison.”

Brandon Bernard, a 40-year-old father is going to be executed tomorrow by our federal government. Having gotten to know Brandon, I am heartbroken about this execution. I’m calling on @realDonaldTrump to grant Brandon a commutation and allow him to live out his sentence in prison. https://t.co/soccUQFmac

As the execution of Bernard moves forward under the direction of Attorney General William Barr, President Trump could stop or carry on with the execution of Bernard and other inmates on death row. “There is always room for mercy and for the president to have a change of heart,” said Abraham Bonowitz, director at the non-profit Death Penalty Action.

In the interim, Bernard’s lawyers on Wednesday made a last-ditch appeal to the Seventh Circuit to prevent his execution.

This summer, Barr brought back the death penalty on the federal level after nearly two decades. If all the executions go as planned, the Trump administration will have executed 13 out of 54 inmates on federal death row, according to the Death Penalty Information Center.

Critics have condemned the president’s continued use of executions, considering the incoming administration’s staunch opposition to the death penalty.

“It’s a power game, they’re doing it because they can,” said Bonowitz. “You would expect once he was not re-elected, that he would have done what anyone would expect normally in a transition and defer to the successor.”

Barr recently defended extending executions into the lame-duck period. “I think the way to stop the death penalty is to repeal the death penalty. But if you ask juries to impose and juries impose it, then it should be carried out,” he told The Associated Press.

The statement comes in direct opposition of the incoming administration. A spokesperson for the Biden transition said the incoming president “opposes the death penalty, now and in the future, and as president will work to end its use.”

A Gallup poll conducted in June found that a majority of American adults, 54%, believe that the death penalty is morally acceptable. This is a six-percentage-point decline compared to the year prior, showing a record low percentage of Americans support capital punishment in the poll’s 20-year history.