Fixing housing affordability is an enormous task, but it’s too important not to get right.

Another review has laid bare the challenge for first-home hopefuls facing skyrocketing property prices, combined with rising rents and scant interest on their savings. 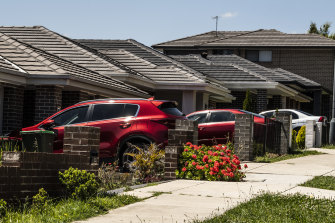 The great Australian dream has fast become a nightmare for many.Credit:Louise Kennerley

There have been so many reviews that “submitter fatigue” was acknowledged in the latest version, the inquiry into housing affordability and supply in Australia, chaired by Liberal MP for Mackellar Jason Falinski.

He represents the Northern Beaches, where house prices shot up 36.9 per cent last year to a median $2.82 million, on Domain figures.

Housing prices more broadly rose at about 10 times the pace of wages last year, leaving renters around the country wondering if they could ever own a home – or asking for help from the bank of mum and dad if they were lucky enough.

Others moved from capital cities and bought in regional centres, freed from daily office attendance by the rise of remote work, pushing up prices for the locals who were already there.

A young couple on the average income who could save 20 per cent of their after-tax earnings towards an entry-level house would need to save for more than eight years in Sydney, six and a half in Melbourne, and five years and eight months as a capital city average, research this week found.

The inquiry noted that prices rose at the fastest pace since 1989 last year, while young people and low-income earners took a bigger hit to their finances in the pandemic than other groups.

But it’s not only an issue for first-home buyers, and their parents, and renters who would like to buy but can’t.

Falling rates of home ownership risk deepening social divides, and could increase the burden on taxpayers to support retired renters who quite sensibly cash out their super, buy a modest home, and draw the age pension. 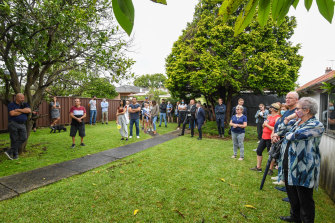 Demand is strong for housing and a boost to supply could help meet it.Credit:Peter Rae

Recommendations from the inquiry are heavily focused on increasing the supply of new homes to keep pace with a growing population and stop competition for scarce dwellings pushing prices higher, a task that experts say could take a decade to move the needle.

The recommendations were so controversial that Labor members of the committee issued a dissenting report that highlighted their party’s policy of a $10 billion Housing Australia Future Fund to build social and affordable housing.

Independent economist Saul Eslake said the recommendations might help over an eight- to 10-year time frame, as constraints on new supply are an issue for housing affordability, but took issue with the scope.

“While there are things that can usefully be done in that area, trying to solve the housing affordability problem solely from the supply side is like being in a boxing match with one hand tied behind your back,” the principal of Corinna Economic Advisory said.

“Government policies which have served to inflate demand have also contributed to the deterioration in housing affordability and the decline in home ownership.”

He was wary of adding super savings to buyers’ deposits, but backed an end to stamp duty and a quicker planning process. He would also like to see all first-home owner grants abolished, an end to the negative gearing tax break and a wind-back of the capital gains tax discount – a wish list he knows is unlikely. 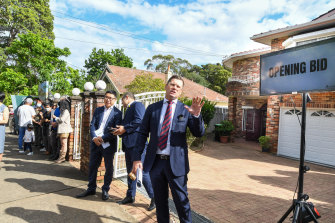 “It’s really hard. And yet if we don’t, we will see a widening gap in terms of wealth between the young and the old, and our retirement income system will be at significant risk because our retirement income system has an unstated but nevertheless crucial assumption that the vast majority of retirees will have close to zero housing costs,” he said.

That is, a growing proportion of people who are not yet at retirement age will not achieve homeownership, or will not have paid off their mortgage by retirement age, and will use their super for housing and depend more on the age pension, he said.

Grattan Institute economic policy program director Brendan Coates also backed the supply side recommendations, after submitting evidence to the inquiry that building an extra 50,000 homes a year for a decade could result in house prices and rents being up to 20 per cent lower than they would have been otherwise.

“The work showing supply is a problem is pretty robust,” he said. “It’s arguably the biggest constraint on housing affordability.

“What’s unfortunate is the report denies the role of negative gearing in reducing rates of home ownership in Australia.”

Reforming negative gearing tax breaks and the capital gains tax would have a modest impact on prices, but a larger impact on home ownership, as it would reduce the amount of investors that first-home buyers must compete with at auction, he said.

The super-for-housing plan would need to be targeted, he said, adding the poorest 20 per cent of 25 to 34-year-olds typically have next to no super.

“Tax measures would move the needle quite quickly,” he said.

“Things like stamp duty reform, land use planning – they will have a big impact in the long term, which is why you should start them now.”

He says reforms to both supply and tax are needed, on an issue that is too important for partisanship.

“Falling rates of home ownership risk transforming Australian society – if you see the rate of home ownership fall among poorer Australians, a growing division of housing between the haves and have-nots, that’s going to have repercussions that will last for decades,” he said.

“Owning your own home is the best guarantee of avoiding poverty in retirement.

“We’ve got a ticking time bomb of rising poverty in retirement among renters and that’s the big risk, and that’s why we need to act urgently now.”