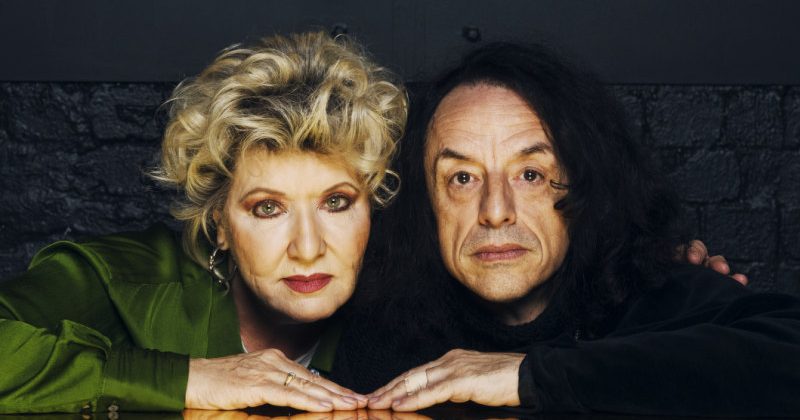 Over the course of Amanda Muggleton's awards-strewn 45-year theatre and TV career there's not much she hasn't been asked to tackle. But there's still one thing missing.

"For some reason, they never call Amanda Muggleton to do Shakespeare," she says. "But I absolutely love the language. I’m always complaining of how I’m never given any Shakespeare. So I thought 'Damn it! I’m going to do it'." 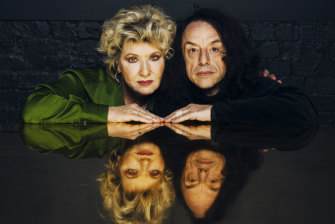 Amanda Muggleton and Paul Capsis are among the Australian theatre stars gathering to fundraise for the Old Fitz.Credit:James Brickwood

Now audiences can hear the theatre veteran deliver some of Shakespeare's goriest moments, from Macbeth to Titus Andronicus, when she performs a selection of monologues in a gender-bending show at Woolloomooloo's Old Fitzroy Hotel theatre she's calling Manologues .

The show is part of the Fitz's One on One program, in which Australian stars will read their favourite pieces in one-hour slots over two weeks to raise funds for the venue. 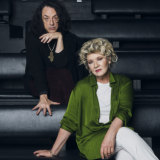 Muggleton and Capsis are both dedicated fans of the theatre’s unique output.Credit:James Brickwood

The quaint Old Fitz, with its carpeted floors and exposed brick wall, was among Sydney's first pub theatres when it opened in the 1990s and has been a stomping ground for emerging Australian greats since – from Kate Mulvany and Eamon Flack to Tim Minchin.

Since Red Line took over the theatre in 2014,  they've put on 93 productions and seen 221,000 audience members through the theatre's door.

"We've only survived due to philanthropy and donations," says Henry. "Every year I’ve organised a cap-in-hand fundraiser."

Now in the production company's fifth year of tenancy, however, Henry says it "felt wrong" to pass around a hat yet again.

"We desperately need the money, but what we said we’re going to do is ask the industry to support itself."

Enter a cast of Australia's most iconic stage and screen names, including Heather Mitchell, Helen Thomson, Wesley Enoch and Fitz alumni Brendan Cowell and Toby Schmitz, who will take to the small stage each night for two weeks and share with audiences their most-loved stories.

Cabaret performer Paul Capsis will read pieces from Oscar Wilde's De Profundis. For Capsis, Wilde is "a man that proves that homosexuals have been around for a long, long time".

"There is this idea that homosexuals suddenly emerged from the 60s. I think it’s really important we know about people in history who lived their lives and were great artists and very courageous," he says.

As for the Old Fitz, Capsis describes himself as "quite a fan" although he's yet to take to its stage himself.

"This will be my first time ever performing there, but I like the size of the theatre and the work they do and I've seen some wonderful things there," he says.

"I feel like it’s making the work that the bigger theatre companies don’t – work that's new and confronting and different, which might mean challenging your audience and risking your stream of income.

"Everyone needs to see this work, not just the people who know about the underground. I feel like the majority of Australians who love the theatre are missing out. If they could access the smaller-scale companies and new work, it’s definitely worthwhile."

One on One is at the Old Fitz Theatre from September 23 until October 7.