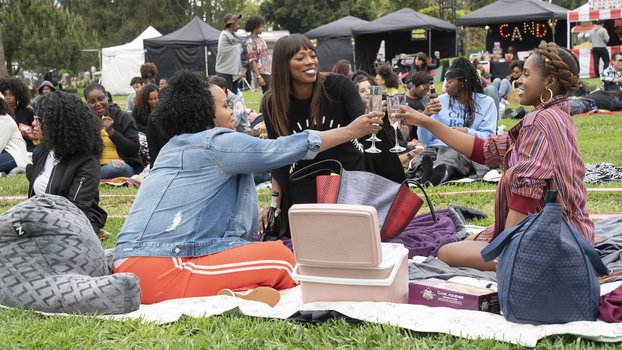 If you’re feeling grim about the future of abortion rights, you have good reason: Multiple states are amending their Constitutions to make abortion illegal; Ohio is working to ban abortion at six weeks; Justice Brett Kavanaugh sits on the Supreme Court, making the fall of Roe v. Wade feel imminent. But on television, in that fictional realm untethered by state legislatures and beer-loving judges, we can see diverse, supportive, funny, frank, and revealing abortion stories — a small window into what abortion could look like, but perhaps doesn’t for many Americans right now.

TV often shapes our views of the world, and it’s a powerful tool in correcting misinformation about abortion. But I’ve researched these portrayals extensively and, often, they miss the mark, perpetuating social myths rather than setting the record straight. Through the Abortion Onscreen program at the University of California, San Francisco, my colleagues and I have found that abortion is more dangerous on TV than in reality, that women of color and women who are mothers are dramatically under-represented, that characters tend to get abortions for self-focused reasons (e.g. because of their career ambitions), and that barriers to accessing abortion are either non-existent or easily overcome (clearly this one’s not based on real life). All of these misrepresentations shape what people know and believe about abortion. They could be doing better.

In the past few years, we’ve seen progress on several of these dimensions, and many trends continued into 2018. There were 18 portrayals of abortion on TV this year, detailed in our report at that link, which is on par with the last few years’ 13 to 22. (Our full dataset is available online, too.) After a recent uptick in comedic abortion stories, a full one-third of this year’s storylines appeared on comedies (including Dear White People, Claws, Insatiable, and Insecure). We also continued to see more characters who were already parenting have, or discuss having had, an abortion (from Law and Order: SVU to Superstore, and more). This one-third on TV represents a shift toward more accurate demographic portrayals: As of 2014, 59% of abortions were obtained by women who were already mothers, and an even greater majority will have children at some point.

We saw several important new trends in 2018. First, there was a substantial increase in the proportion of black women characters getting or talking about abortions, often in ways that acknowledged the role that race — and the racialization of abortion politics — play into their reproductive decisions. For example, Claws overtly addresses an anti-abortion trope directed at black women, when Virginia wonders if her baby might be “the next Obama.” (Though she and her friend ultimately agree that no one’s baby would be as smart as Obama, and move on with a laugh.) This year’s depictions often portrayed black women having abortions with the support of friends, partners, or ex-partners, debunking the myth that people have abortions in isolation from those they love.

On Dear White People, first-generation college student Coco imagines a future in which her potential daughter is accepted into the same college and is able to achieve the goals that Coco has for herself; instead, Coco has an abortion, deciding to keep those dreams as her own. Star, Empire, and The Deuce also featured detailed plot lines about black women choosing abortion, while Insecure included a conversation about one character’s past abortion, which she had previously kept from her close friends.

Given that our 2015 report found that nearly 90% of television characters getting abortions were white, the finding that almost half of this year’s plot lines in which a character obtained or disclosed an abortion included black women represents the beginning of a corrective course toward more inclusive storytelling — even as Latina characters remain underrepresented. As the majority of American women who have abortions are women of color, it is essential that their stories are told — alongside women who are working, mothers, who are white, and any combination thereof — if we are to capture the current reality of abortion in our country.

Second, we observed a substantial increase in characters opening up about past abortions: of the eighteen abortion stories on television, seven were disclosures, meaning conversations about past abortions (without depicting the procedure, and giving little or no insight into the character’s decision-making process at the time). From a narrative perspective, this means we saw more stories about how abortion is understood in the context of a character’s family, career, and relationships well after the choice would have been made. In a country where one-quarter of women have an abortion at some point in their lives, a disclosure is perhaps a more relatable way for abortion to cross into friend group or family dynamics. These conversations, and the way friends and partners respond to them, are important acknowledgments of how abortion is incorporated into the broader scope of people’s lives.

RELATED: The Ominous Meaning, and Growing Popularity, of Coat-Hanger Tattoos

Missing from television in 2018, however, were any representations of medication abortion. While there have been a few depictions of these in past years (Brockmire, Jane the Virgin), this omission is a critical one, as over a third of non-hospital abortions in the United States are currently induced via medication. As we look ahead to a post-Roe world with increasingly limited access, portrayals of the safe self-administration of abortion pills could be extremely valuable.

And finally, one major point missing in pop culture is any exploration of the future world of illegal or barely-legal abortion care. (Though Battlestar Galactica and The Handmaid’s Tale have given viewers glimpses of what such worlds might look like.) This future represents a new type of abortion story to be told: for example, characters grappling with illegality and turning to black-market pills instead of coat hangers; characters traveling further distances to states where access is still protected. Television has the power to shape how abortion is understood, as a social phenomenon, a political football, a medical procedure, an intimate disclosure between friends — or even a joke. And that’s all a part of getting it right.

Gretchen Sisson, Ph.D., is a research sociologist at Advancing New Standards in Reproductive Health (ANSIRH) in the Department of Obstetrics, Gynecology, and Reproductive Science at the University of California, San Francisco.