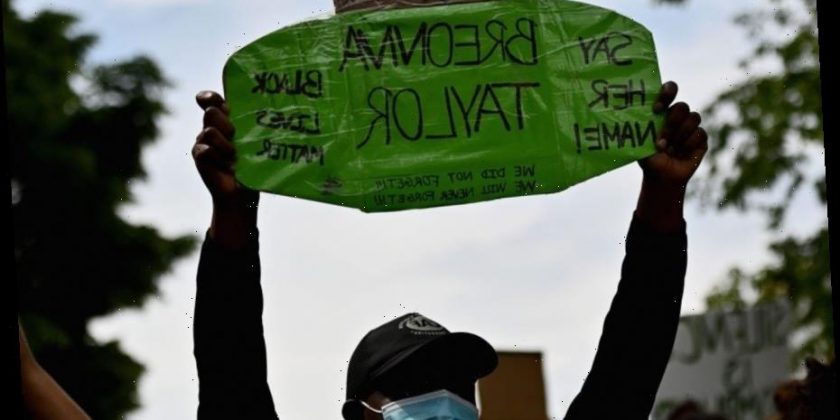 Republicans have strategically framed the Biden-Harris ticket as an anti-police, “socialist” ticket, but that couldn’t be anything further from the truth.

Like many Americans, and much of the world, I’ve been tuned into the 2020 presidential race for the last several weeks. This consequential race has spurred fly memes, hashtags, SNL cold openings, accusations of “socialism,” voter suppression, and intimidation—but noticeably not a ton on actual policy platforms.

As the day finally arrives I make no predictions, except that we likely won’t know the outcome Tuesday, and secondly that both candidates are opponents of an abolition movement.

Despite what attack-ads are saying, the Democratic establishment is not with us. Neither party is going to get us to the transformative place we need to be. And I’m not talking about launching more anti-bias or sensitivity training for police departments, both have proven inadequate in solving the problem, and only pour more money into antiBlack institutions. I’m talking about defunding them as a means to abolition.

We have to get away from the idea that has been purported by both the Democrats and the Republicans that we can “reform” policing. Policing is a system built as a vanguard of capitalism, protecting both wealth and property. No where is that more evident than in the uprisings that have occurred from Minneapolis, to Kenosha, and most recently Philadelphia. Politicians from across the political spectrum have all but sprinted to the nearest press conference mic to condemn destruction of business and property.

Both Biden and Trump are opponents of an abolition movement.

Republicans have strategically framed the Biden-Harris ticket as an anti-police, “socialist” ticket, but that couldn’t be anything further from the truth. Both tickets run in the race to prove “law and order” and to speak out against “looting and rioting.” When Biden was asked last week about the police murder of Walter Wallace Jr. in Philadelphia, Biden chose to use the time to condemn looting and rioting. It is my personal belief that looting is a political response to a system that prioritizes profit and property over people, not some wonton act of selfishness. But I’ll save that for another op-ed. What is clear is that the Biden-Harris ticket is far from defunding the police. 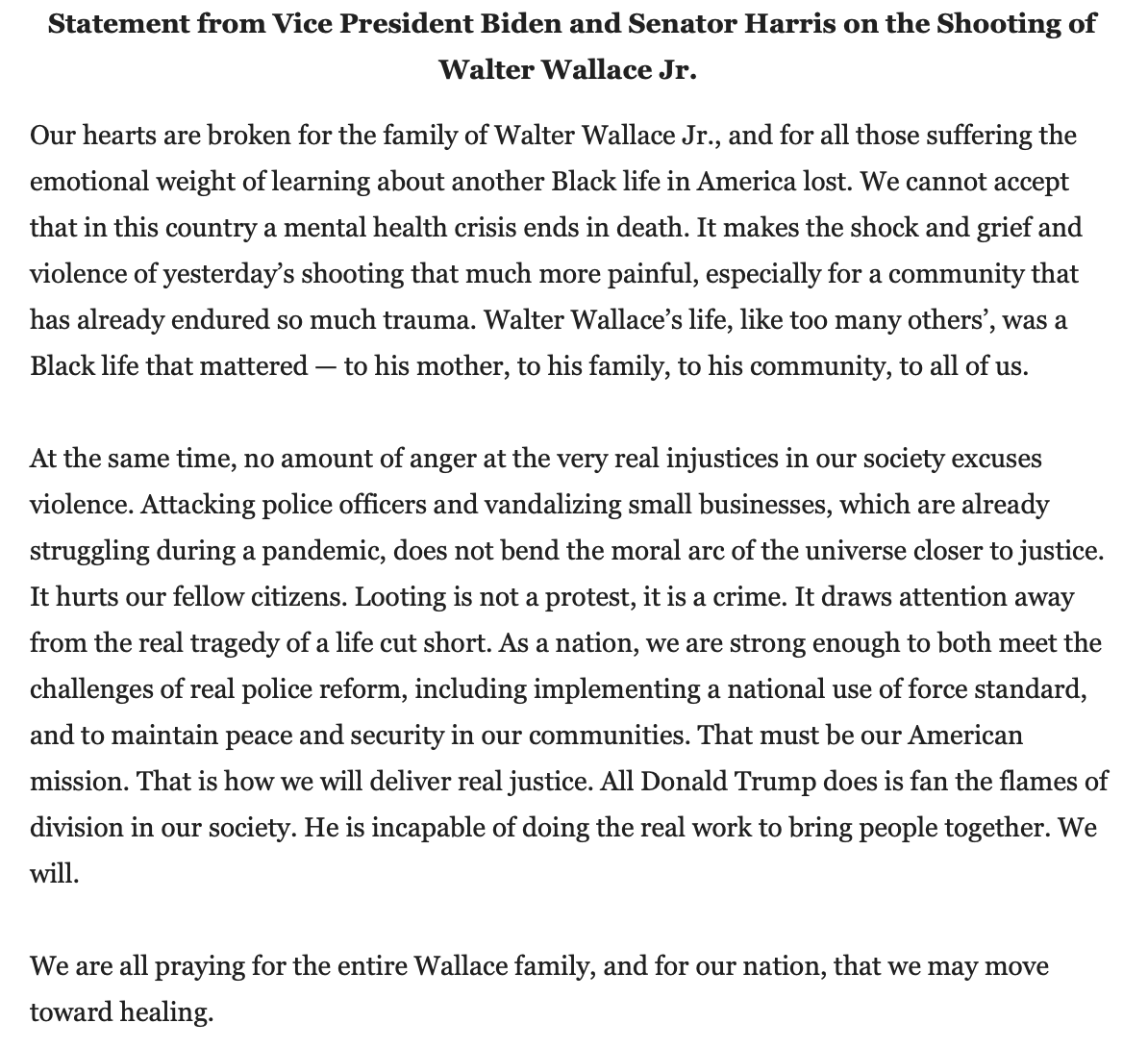 Not to be accused of leaving out the right from these critiques, Trump not only reaffirms the system, he has also deputized paramilitary right-wing groups like the Proud Boys. These self-appointed, but presidentially sanctioned, vigilante groups have received praise from people and politicians alike for “helping maintain law and order.” By virtue of his office, not only do we have to contend with police departments, but he’s also legitimized extensions of that: private citizens taking up arms.

What we need, and what is at the center of the abolition movement, is to ask ourselves and the most vulnerable folks in our communities, how should we respond to people’s actual material needs? We need to think about abolition as a cross-movement goal. Abolition work is an economic project, it’s about moving money from a system that kills our people and into what actually supports our communities: better transportation, free and accessible mental health programs and drug rehabilitation, housing and equitable wages.

We can all have a role in this at the local level by participating in city budget meetings, and supporting and organizing mutual aid networks. Abolition is also an environmental justice project because prisons are the site of environmental racism and pollution. We have to continue to forge relationships and strategies that meet our multiple needs. This intersectional vision is articulated in the Movement for Black Lives’ BREATHE Act, a bill that offers a cross-cutting view to address decarceration, abolition, environmental justice, access to healthcare, and other key issues. And if we are organizing on new terrain after this election season, it is high time for us as abolitionists to put energy into dismantling the death penalty.

Trump reinstated federal executions this year and has already killed seven people on federal death row; these are the first federal executions to take place in 17 years. The death penalty is the sharpest edge of the criminal justice system and abolishing it should be the first step towards total abolition. It is a practice that the world has moved away from, including many people in the United States. Nearly half of our states have already abolished the death penalty and many of the others are using it less and less. Data has shown us loudly and clearly that the death penalty is racist.

According to the ACLU, 77% of people on federal death row are people of color. Innocence is always going to be an issue with capital punishment — the Trump Administration has likely already executed innocent people this year.

The death penalty is the sharpest edge of the criminal justice system and abolishing it should be the first step towards total abolition.

The case of federal death row inmate Billie Allen is one that exemplifies the injustices of the criminal justice system and the death penalty, and one that screams for abolition. Billie is a Black man who was convicted of homicide in the ‘90s and sentenced to death, despite reasonable doubt. Billie currently remains on federal death row hoping to be granted a retrial in which evidence that points to his innocence can be presented for the first time. There are too many questions in Billie’s case and the stakes are too high — a human life is on the line.

Abolishing the death penalty frees up resources for social net programs, and takes a tool away from prosecutors in their attempts at pushing for erroneous plea bargains. It is an effective step towards dismantling the rest of the system. If our folks are ready to take up the righteous work of abolition, I propose that finally addressing America’s death chambers, at both the state and federal levels, is a step towards this.

Whoever wins tonight’s election will still be a target for the abolition movement, not an ally to us. We must continue to build toward freedom by pushing for repeal of the death penalty, supporting legislation like the BREATHE Act, getting involved in our mutual aid networks, and scrutinizing our local police budgets.

No matter what happens tonight, one thing is clear, neither major party is coming to liberate us.

Cherrell Brown is a community organizer and social justice educator hailing from Atlanta. She’s been in Black liberation movement work over a decade, working at the intersections of anti-Black State violence and environmental justice.