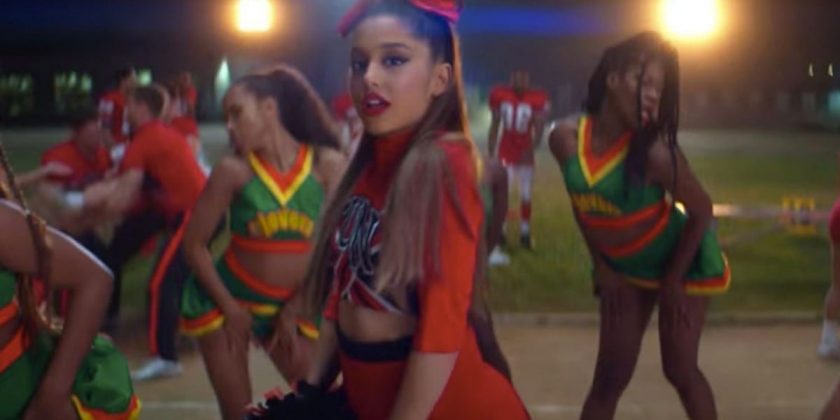 I don’t know if you’ve heard, but Ariana Grande recently dropped the music video for “Thank U, Next” and it’s, like, so fetch. The singer paid homage to some of the most iconic teen movies and rom-coms from the early 2000s, including Mean Girls, Bring It On, 13 Going on 30, and Legally Blonde. Grande transforms into some of said films’ beloved characters and features cameos from some very well-known faces in perfect roles. (Kris Jenner as Regina’s mom? GENIUS.)

Not only is “Thank U, Next” Grande’s empowering self-care anthem about love and loss, it’s quite possibly her greatest music video to date. It’s obvious that Grande loves the movies she recreated, because the attention to detail for each feature is amazing. Who knew that someone could perfectly capture the adorable essence of Kristen Dunst’s bedroom dance from Bring It On, or the sweet melancholy of Jennifer Garner crying over the dollhouse in 13 Going on 30? We are not surprised her fans are losing their minds over its greatness!

Once you’re done with your umpteenth rewatch, take a look at how perfectly Grande emulated the biggest moments from each film, and some behind-the-scenes sneak peeks she shared before its release.