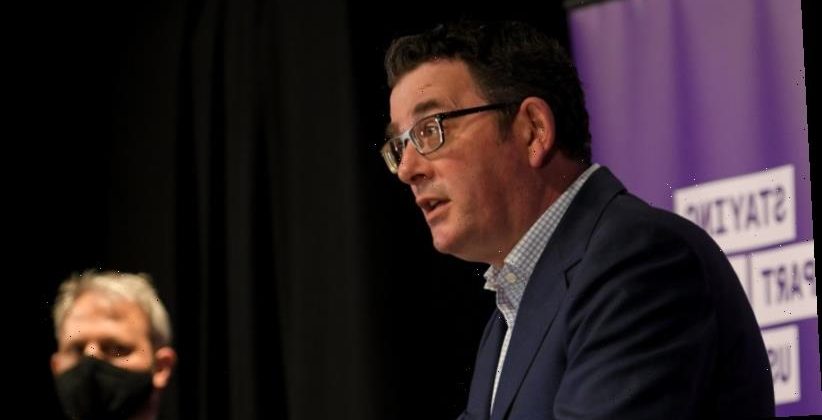 Disability advocates have welcomed a new cap on workers moving in and out of disability care homes to reduce the risk of COVID-19 outbreaks, but question why it took so long for the Victorian government to act.

Alarmed at a rising number of people contracting COVID-19 in residential disability services, the Victorian government moved on Friday to limit the number of people working in multiple services and established a new Disability Response Centre. 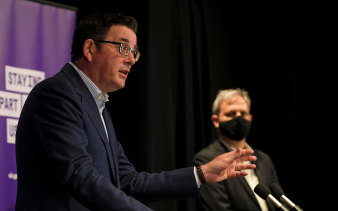 The response centre will be based at the State Control Centre, and will co-ordinate the state's response to outbreaks to avoid the disability sector becoming overwhelmed with cases — and deaths — like the crisis in aged care.

On Friday, a Senate inquiry was told there had been 258 deaths in aged care homes, the vast majority of them in Victoria.

With the disability sector falling across both state and federal responsibility, the two governments will introduce a "one worker two sites" cap to restrict the movement of people between sites until December.

They will jointly spend $15 million to compensate staff for lost work hours and to find additional workers.

Chief Health Officer Brett Sutton said cases in complex settings such as disability were harder to manage than cases in the community.

"The challenge of the next couple of weeks is that, even as community transmission goes down, those complex outbreak settings that are really hard to get on top of transmission in the disability sector, even in our health services — they might end up with a baseline level of transmission that is harder to shift."

Premier Daniel Andrews said on Friday there were 62 active COVID-19 cases linked to disability residential services, spread across 60 different sites. Of the 62 people sick with the virus, 49 were staff members.

"Given the vulnerability of many people across these settings, it's very, very important that we have a singular focus and all the senior people around the table at the same time and that funding to be able to limit the amount of workers who are going to multiple sites," he said.

An update issued by NDIS Minister Stuart Robert on Friday reported there were 116 active coronavirus cases of people who have NDIS funding in their own home and group homes, including 76 workers.

The disability sector has been calling for more government intervention since March, warning the close proximity of group home settings – and the complex needs of residents – could create a time bomb.

Uniting chief executive Bronwyn Pike welcomed the announcement but said the government should have moved sooner.

"It's welcome that both governments have finally recognised that the disability sector had as many vulnerabilities as the aged care sector, in fact in some cases more, just because of the very vulnerable group of people that are living in many of the supported independent living facilities," Ms Pike, a former Victorian Labor minister, said.

"It's just a pity that it's taken the Commonwealth and state governments such a long time to be able to get their heads together to make it happen."

"Thank God it's not too late for some, you know, and it's happening at a time when the numbers are relatively low in disability group homes. Let's pray that it serves to protect people with disabilities from this point on."

Health and Community Services Union secretary Paul Healey said the funding for workers was "very positive", and the government must now turn its attention to sourcing and distributing personal protection equipment into homes.

Disability services expert Professor Anne Kavanagh, from the University of Melbourne, had been warning of the need to limit workers' movements and increase personal protective equipment in disability settings since March.

She welcomed the Andrews government's announcement and said it should be rolled out nationally.

"You can't expect these things to happen if you don't enable the financial viability of the service or the workers, or more importantly of the workers wage," she said.

Asked whether the government should have rolled out measures to limit staff movements earlier, Mr Andrews said: "There's much smaller case numbers [than in aged care] and we want to keep it that way.

"Before we were out there making commitments about trying to drive down the number of people working in multiple sites, we needed to make sure we'd be able to do that. That's the work that's
gone on."