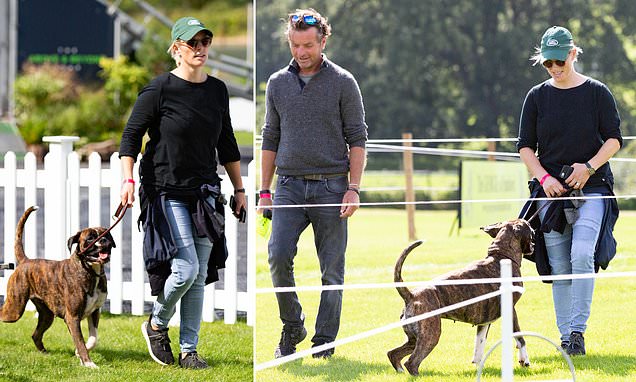 Zara Tindall oped for a casual outfit as she arrived at Burghley House in Stamford today.

The Queen’s granddaughter, 38, donned light blue jeans and a black top, which she wore with the sleeves rolled up.

She paired her low-key ensemble with a pair of trainers, circular sunglasses and completed the look with a green cap.

The mother-of-two, who was pictured without her husband Mike Tindall, 40, and their daughters Mia, five, and Lena, one, could be seen walking the Cross Country Course with her two dogs ahead of the Horse Trials this weekend. 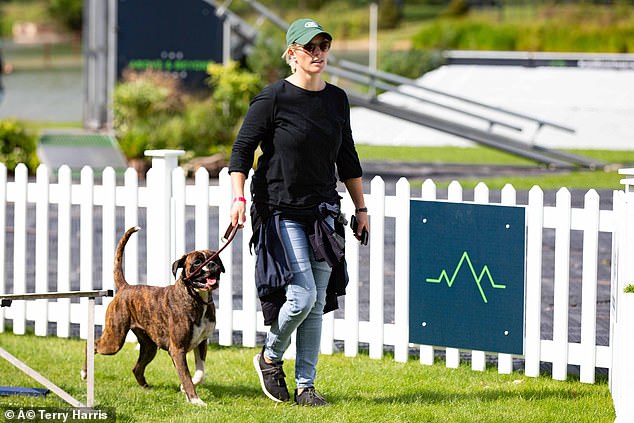 Zara Tindall, 38, took her dogs for a walk through the grounds of Burghley House as she prepares to take to the Horse Trials this weekend 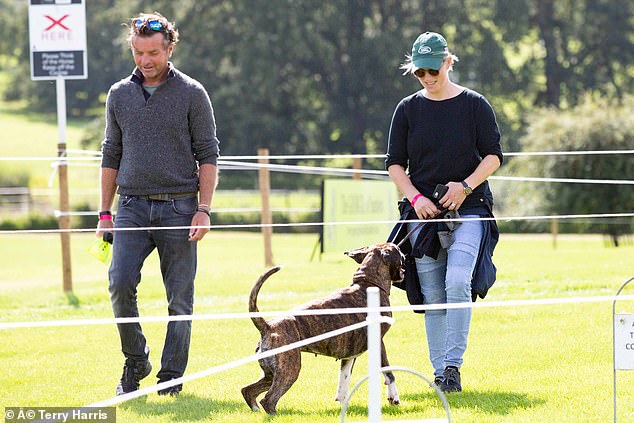 The Queen’s granddaughter opted for a pair of light blue jeans and a black top, where she rolled up the sleeves

And it appears Zara made a second outfit change as in another photograph, she can be seen in leather trousers and a blue waterproof jacket as she kisses her horse.

The equestrian event will be held in the grounds of the picturesque Burghley House from Thursday 5 – Sunday 8 September.

Zara will be riding 10-year-old boy Class Affair, who is due to make his debut at five-star level at Burghley.

The royal has been riding the horse, who is owned by Gleadhill House Stud, since the start of 2017 — with a short break while on maternity leave. 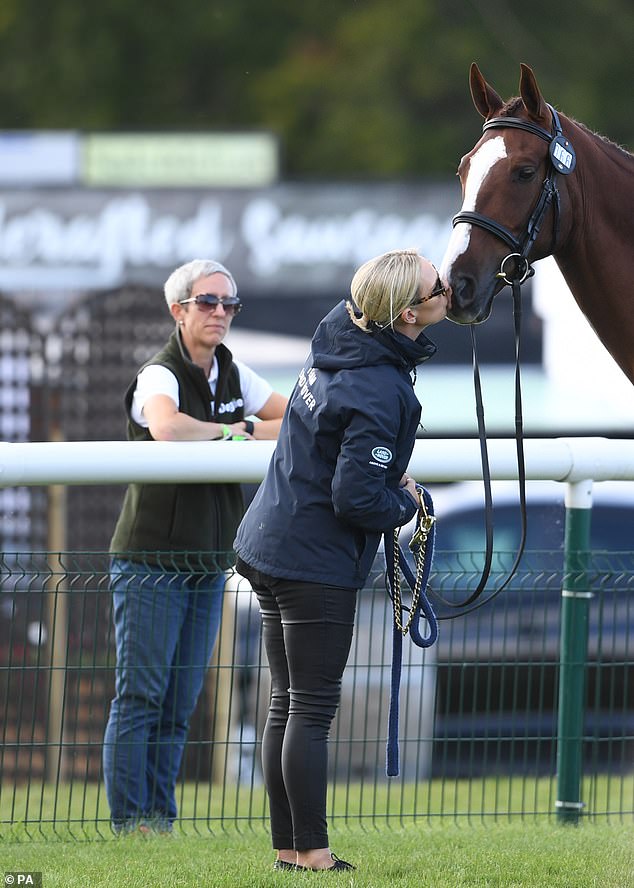 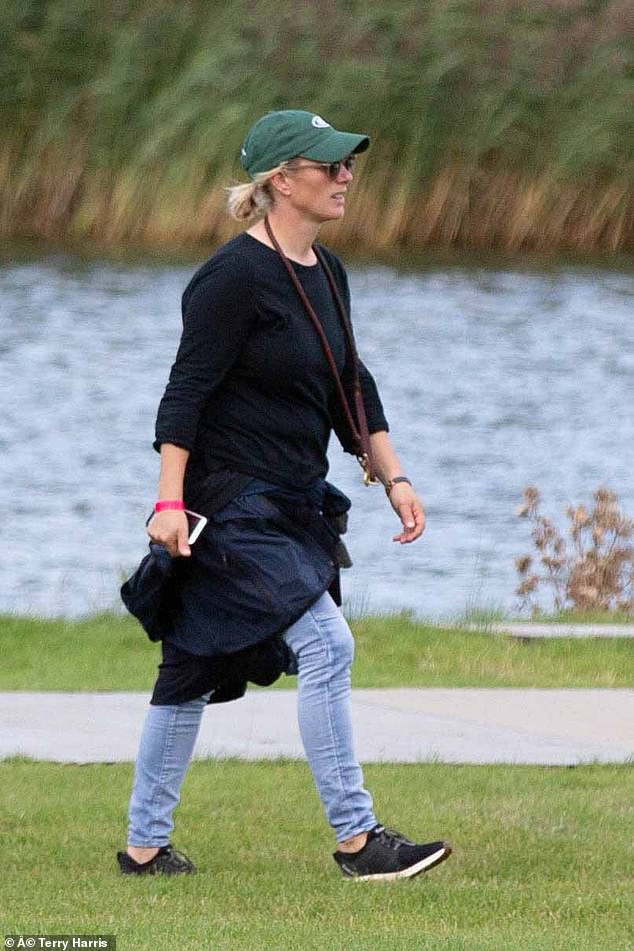 The royal completed her relaxed look with a green cap, a pair of black trainers and some trendy circular sunglasses 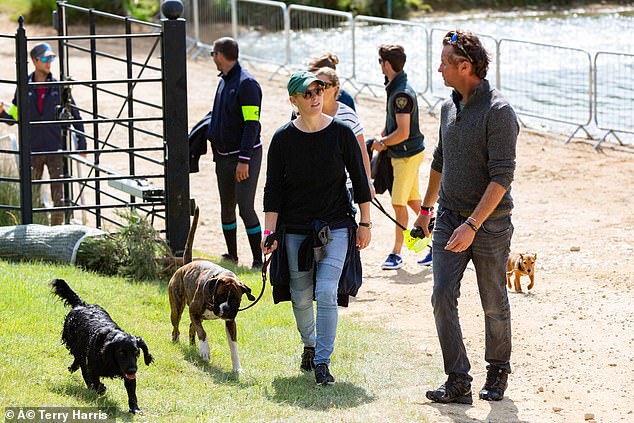 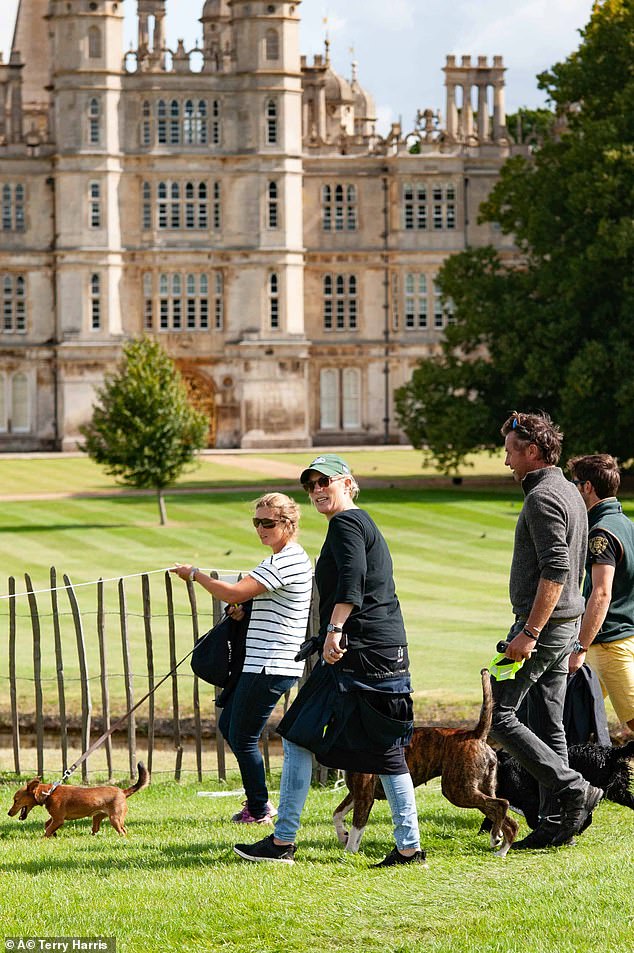 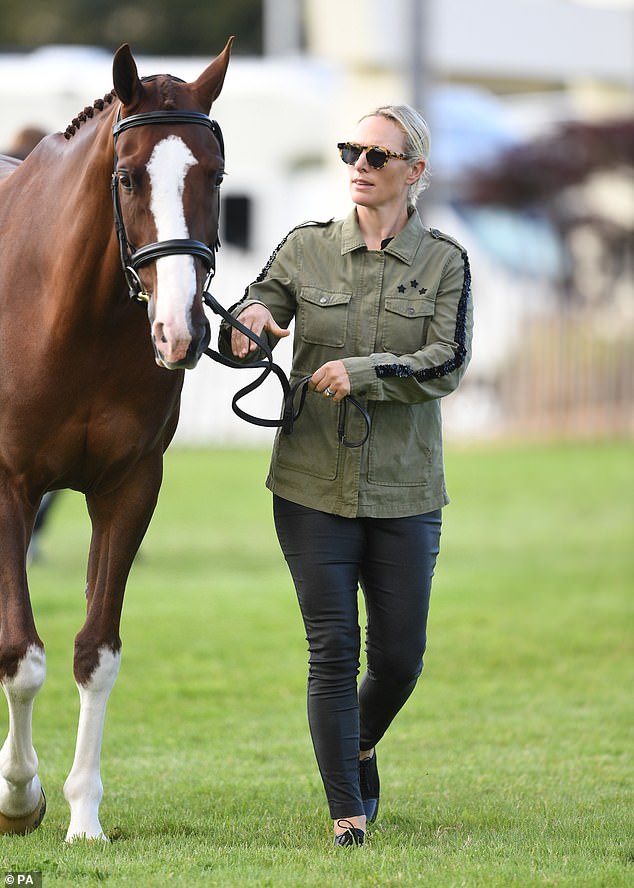 Layering up to keep out the cold weather, Zara opted for a pair of leather trousers and a military-style jacket 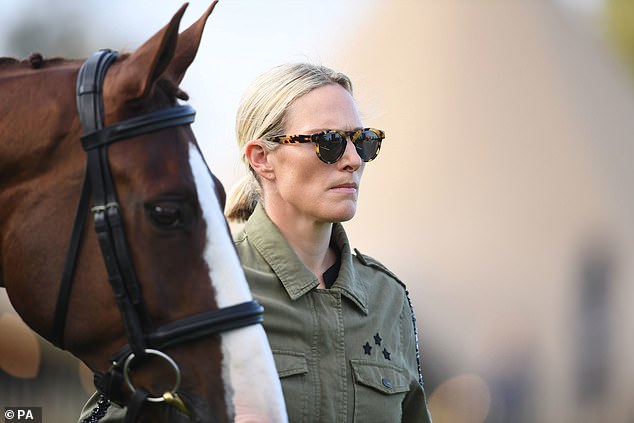 To date, her best Burghley result is second on her debut in 2003 with Toytown. She last rode the event in 2017, where she suffered a dramatic fall on her horse High Kingdom and had to withdraw from the event – but she escaped uninjured.

Zara will be hoping to follow in the footsteps of her mother Princess Anne, who ranked first at the Burghley Horse Trials in Stamford at the age of just 21,

Her Royal Highness won the individual European Championship title in 1971 with Doublet, the same year she was also voted the BBC’s Sports Personality.

The royal has kept up her tight trials schedule after enjoying various riding events this summer.

At the end of August, she attended Wellington Country Fair and Horse Trials in Heckfield, Hampshire.

There, she was similarly seen looking over the course before taking to the saddle and riding in the Cross Country Section. 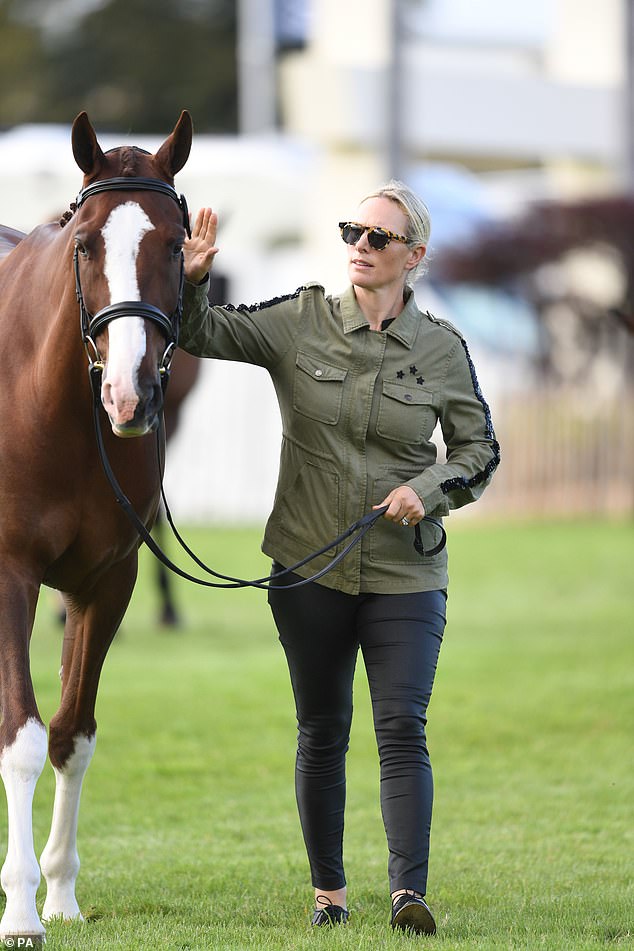 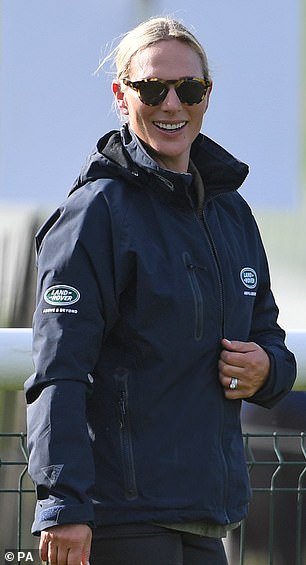 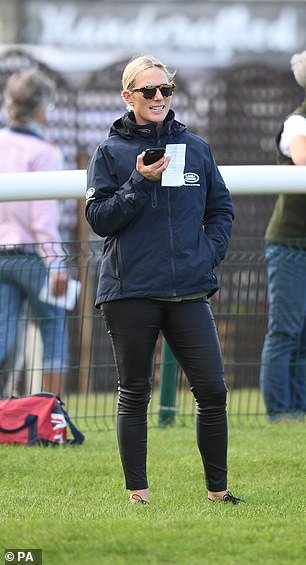 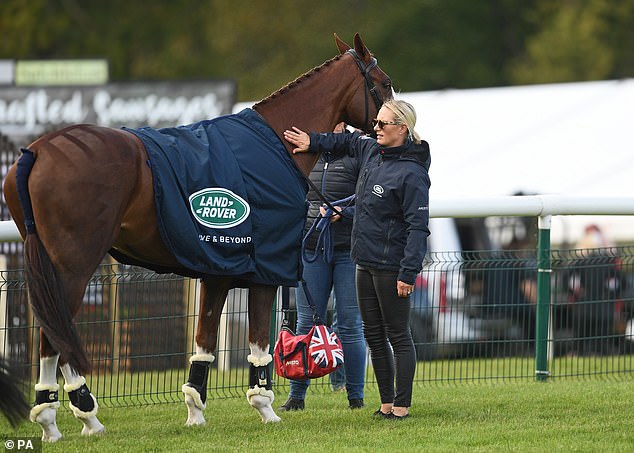 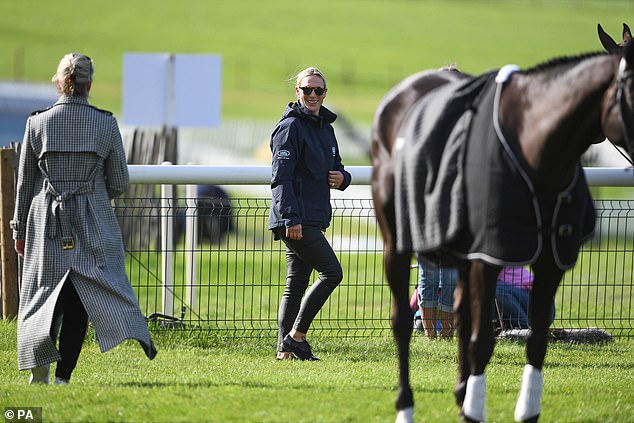