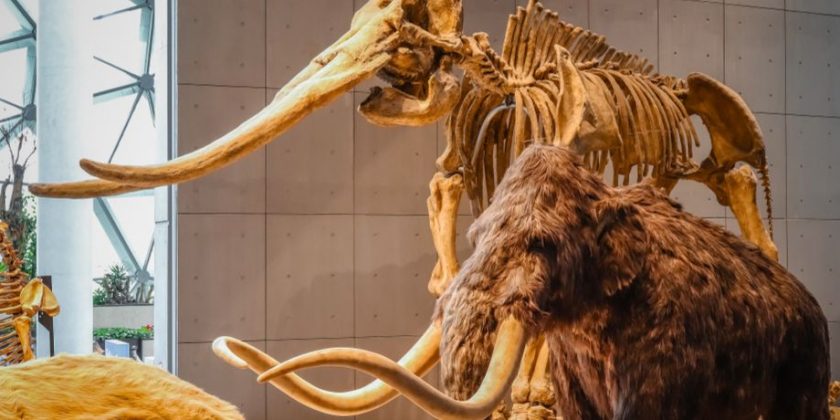 A Labrador pup named Scout will forever go down in history as the ultimate good boy. The eight-month-old puppy has contributed to an exciting paleontological find after digging up an ancient bone that dates back 13,000 years.

The fossil belongs to an Ice Age woolly mammoth and was unearthed by the inquisitive pup in his own back yard in Langley, on Washington state’s Whidbey Island.

According to South Whidbey Report, the discovery was made nearly three months ago, when Scout was just five-months-old. The energetic yellow Lab stumbled upon the fossil while digging in his owner’s garden, from where he emerged carrying something that looked like either a big rock or a piece of petrified wood.

When Scout’s owner, Kirk Lacewell, took a closer look at the lab’s new chew toy, he immediately noticed that it looked rather “odd.”

“I washed it and decided that it wasn’t petrified wood. It took a couple of weeks to really dry out, but as it did it started looking like bone to me.”

Intrigued by his dog’s discovery, Lacewell took a few snapshots of the mysterious object and sent them to the University of Washington’s Burke Museum for identification.

The museum experts confirmed his suspicion and identified the bone as a genuine woolly mammoth tooth, estimated to be 13,000-years-old.

This thrilling discovery has earned Scout some much-deserved praise from the Burke Museum curator of paleontology Elizabeth Nesbitt.

While this is not the first mammoth tooth to turn up in this part of the country, this latest find is rendered unique by its unexpected author.

Whidbey Island is known for several other similar discoveries. In 2015, a mammoth tooth was found by a 10-year-old girl on the island’s beach, notes the Daily Mail.

“Quite a few mammoth teeth and some bones have been found on Whidbey, which is largely composed of Ice Age sediments,” explained Nesbitt.

Although the mammoth tooth found by Scout is not rare enough to be displayed in a museum, the Lacewell household couldn’t be prouder of their good boy. The pup’s family has decided to hang on to the mammoth fossil — which measures around six inches in length and reportedly has a strong odor.

“It does smell, I can smell something musty on it,” said Lacewell’s granddaughter, Piper Pontius, when the family recently took out the mammoth tooth from the closet where it is kept and saw Scout lunging toward it in an attempt to get his precious chew toy back.

Though Scout is clearly on the path to canine stardom, he is not the first dog to come across a mammoth bone. In 2007, a miniature dachshund named Daisy found a 13-inch-long mammoth leg bone on a beach in Suffolk in the U.K., the Telegraph reported at the time.