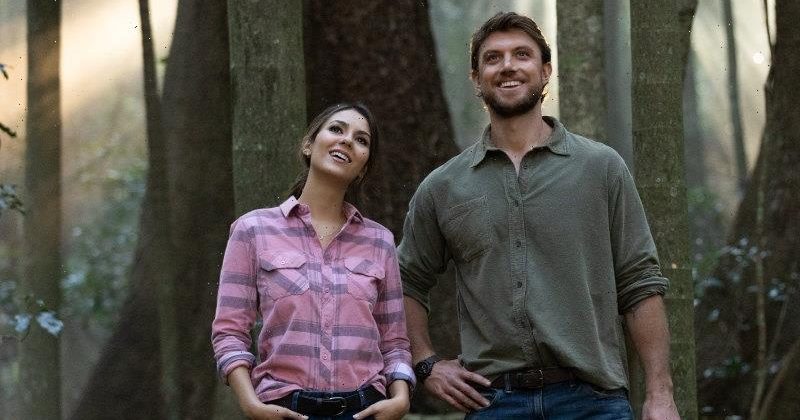 Two years ago Netflix pulled Stuart McDonald’s work from its platform without notice. Now, he has the number one film globally on the streaming service, with his rom-com A Perfect Pairing chalking up 65 million viewing hours in its first two weeks – that’s roughly 37 million views of the full film, an audience most Australian filmmakers can only dream of.

It’s fair to say filmmaker and streamer are once again a pretty decent match. 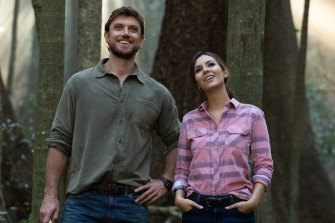 Adam Demos as Max and Victoria Justice as Lola in A Perfect Pairing.Credit:Vince Valitutti/Netflix

McDonald – born in Queensland, trained in Melbourne, and for much of the past decade based in Los Angeles where he worked on TV series including Crazy Ex-Girlfriend – scored a local box-office hit with the family film Oddball in 2015. But for years the biggest ace in his deck was the critically acclaimed and commercially successful work he had done with Chris Lilley, as co-director of the series Summer Heights High, Angry Boys, Ja’mie: Private School Girl and Jonah From Tonga.

But that all changed overnight in June 2020, when Lilley’s first series made specifically for Netflix, Lunatics (in which McDonald was not involved), was accused of being insensitive amid Black Lives Matter protests. With little notice, the streamer removed most of Lilley’s back catalogue from its library, though Ja’mie and Lunatics remained (only the latter is still on the service).

McDonald won’t be drawn on the furore, saying only “I’d prefer to focus on the release of my new film, and the project I am working on now”. But given both of those are for Netflix, it’s safe to assume there’s no hard feelings either way.

A Perfect Pairing is a fish-out-of-water rom-com set in the Gold Coast hinterland, with former kids’ TV star Victoria Justice playing an American wine buyer who comes Down Under to try to stitch up a career-saving deal. Adam Demos (UnReal, Sex/Life) is the farm manager with whom she inevitably falls in love. Think of it as Emily in Paris with sheep instead of champers and you’re pretty much on the money. 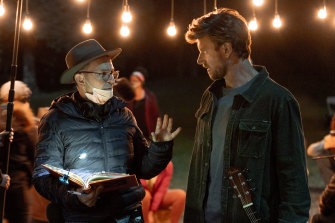 Stuart McDonald directs Adam Demos in a scene from the movie, which hit number one globally on Netflix in its second week.Credit:Vince Valitutti/Netflix

For McDonald, the genre has long held strong appeal, though the chances of making one had seemed remote.

“It felt like the studios weren’t making romantic comedies as much anymore, they seemed to have been a bit neglected, but with Netflix especially, they’ve been rejuvenated,” he says. “It’s amazing as a lover of the genre to be involved in the process of making more.”

The film was shot during COVID, and getting the cast into Queensland was one of the biggest challenges he faced. “The border was closing the day they flew and we were just able to get them through the airport in time,” he says. “We all felt such relief when we heard they’d made it.”

The pandemic hung over the shoot in other ways too. “Coming from an industry that’s vulnerable when a pandemic hits, I really felt for Australians who worked in tourism, so I thought, wouldn’t it be great if I could make something that encouraged people to come to Australia,” he says of the movie’s unashamed pitch to a foreign audience.

Framing the natural beauty of the hinterland was a big part of that. “It is a real jewel waiting to be explored,” he says. “The entire scenic rim is stunning.”

So too was the soundtrack, which features a virtual hit parade of Aussie stadium rock from the past decade or so, with the likes of Sheppard’s Geronimo, Vance Joy’s Missing Piece and Jet’s evergreen Are You Gonna Be My Girl.

“I feel like there are so many ways an Australian film that travels well benefits Australia,” says McDonald of his soft-diplomacy approach. “A rising tide lifts all boats.”

Right now, that tide has swept him to New Zealand, where he’s working on another rom-com for the streamer, an interactive film in the style of Black Mirror’s Bandersnatch (though a lot less dark).

“It tells the story of one woman who has three handsome men who are all very interested in her, and the audience gets to choose who she goes on a date with and how things unfold,” he says of Choose Love, which will be released next year. 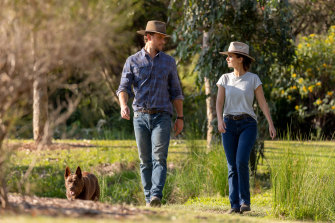 McDonald says he deliberately wanted to capture the beauty of the Gold Coast hinterland in a way that would appeal to foreign viewers.Credit:Vince Valitutti/Netflix

Directing a movie with multiple storylines is a challenge, he admits, but halfway through the shoot he insists “it is going incredibly well”.

When it’s done, will he be heading back to LA, to Australia, or to somewhere else?

“I quite like that idea of wherever I lay my hat that’s my home,” he says. “There was a day on the set of A Perfect Pairing when I was walking through the unit base with all the trucks and it felt like walking through a circus.

“I like that idea of a large travelling group of people who set up in one spot for a moment, make some kind of magic happen and then move on,” he says. “I must have itchy feet because when life is a bit on the move it makes me feel at home.”