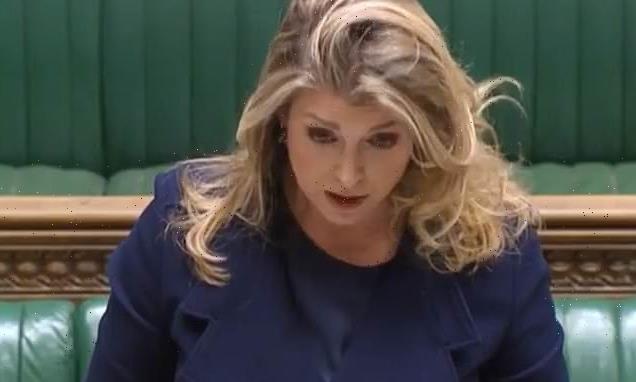 A Penny for plotters’ thoughts with no heir apparent in sight: The situation speaks volumes about the lack of talent among potential replacements for Tory leader, writes ANDREW PIERCE

Amid a crowded field of hopefuls to be the next Tory leader, business minister Penny Mordaunt is one of the favourites. A Brexiteer who backed arch-Remainer Jeremy Hunt in the last leadership contest, Mordaunt is best known for appearing on a reality show called Splash! in her swimsuit in 2014, alongside B-list celebrities such as Gemma Collins from The Only Way Is Essex. She was roundly ridiculed for it.

The previous year, Mordaunt delivered an innuendo-laden Commons speech on animal welfare. It emerged she had done so after losing a bet during her training as a Naval Reservist. The Labour MP Kate Hoey said Mordaunt had trivialised Parliament.

Mordaunt’s ambition was on show when last month she became the first minister to attack Boris over the Sue Gray report. She said: ‘Rule-breaking and abuse of security staff exposed by a report into the Partygate scandal is shameful.’

She regretted not running last time, but is now fourth favourite with the bookmakers. It is an astonishing turn of events.

Not least because last year, Mordaunt appalled Tory MPs when she tried to enshrine in legislation the expression ‘pregnant people’ rather than ‘pregnant women’ as she introduced the Maternity Bill into the Commons. Only after a lengthy debate in the House of Lords was the legislation amended to replace ‘pregnant people’ with ‘expectant mothers’. 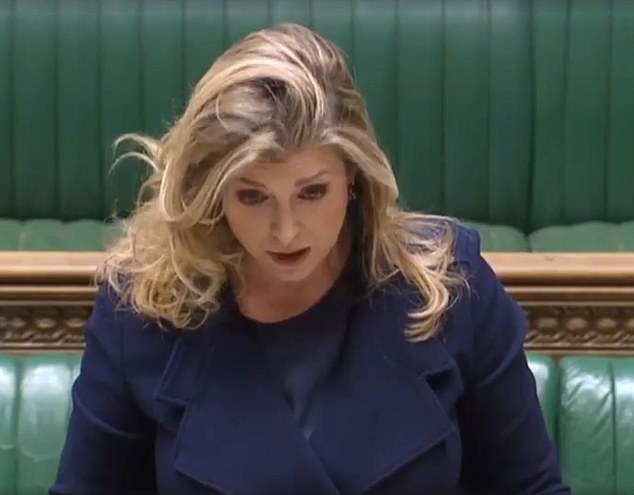 Penny Mordaunt, pictured, has become the first minister to attack Boris over the Sue Gray report

As one senior Tory source asked: ‘How on earth can a person with these views be seen as a favourite to take over the Party?’

The situation speaks volumes about the lack of talent among potential replacements – and yet there could be as many as 12 candidates in the first round of a leadership contest.

These malcontents are playing into Labour’s hands. At a Platinum Jubilee reception at Lancaster House on Saturday, Labour leader Sir Keir Starmer was asked whether it wasn’t time to move on from Partygate. He replied: ‘There is nothing the Labour Party have to do, we can just stand back now. The Conservative Party is about to destroy itself.’

In the last week Boris has hit the telephone to MPs and will see many more of them face to face over the next 48 hours. David Canzini, the new deputy chief of staff and an ally of Australian election strategist Sir Lynton Crosby, is running Operation Big Dog to try to bolster support.

Tough action is needed. In January Tom Tugendhat became the first to declare his intention to run for the leadership if Boris is deposed. The Kent MP said: ‘Serving as Prime Minister would be a privilege.’ The likes of Tobias Ellwood, sacked as a junior minister by Boris, tour TV studios to attack the PM at every opportunity. Remainer Ellwood showed his true colours last week when he called for Britain to rejoin the EU single market.

There was a sharp attack on Boris last week from former business secretary Andrea Leadsom who criticised his ‘failure of leadership’ over partygate. Leadsom, who has run twice for the leadership, has told colleagues she’ll run again – even though she secured 11 votes last time.

One Tory loyalist said: ‘People like Leadsom know they haven’t a prayer, but they hope if they get a decent vote they might be given a ministerial job.’ At the weekend it was reported that Jeremy Hunt, the bookmakers’ favourite, asked one of Boris’s closest friends to tell the PM: ‘The time is not right for a change of leader.’ Hunt’s supporters clearly didn’t get the memo. They have been fanning across the Commons for weeks extolling his virtues. They don’t dwell on his time as health secretary, which will be ruthlessly targeted by Labour if he becomes PM. 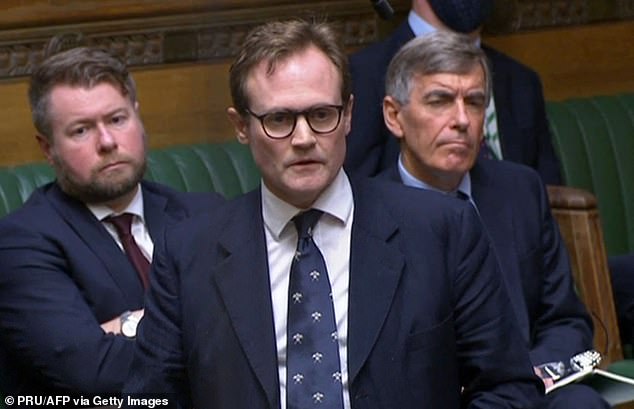 In the Cabinet Boris loyalists such as Levelling Up Secretary Michael Gove are trying to steady support for Boris. Liz Truss, the Foreign Secretary, makes the right noises in public. But in private she’s been holding dinners with backbench MPs projecting herself as a tax cutting Thatcherite.

Will Chancellor Rishi Sunak run after his poll ratings collapsed following his response to the cost of living crisis and the revelation his wife Akshata was a non-dom for tax purposes? The betting is he will.

Nadhim Zahawi, the Education Secretary, will run if there is a vacancy. Defence Secretary Ben Wallace has told friends he will not. His denials are not convincing.

The atmosphere at Westminster is worryingly febrile. A leadership contest with 12 candidates could take five to six weeks. Voters may not forgive such a divided and self-indulgent party.