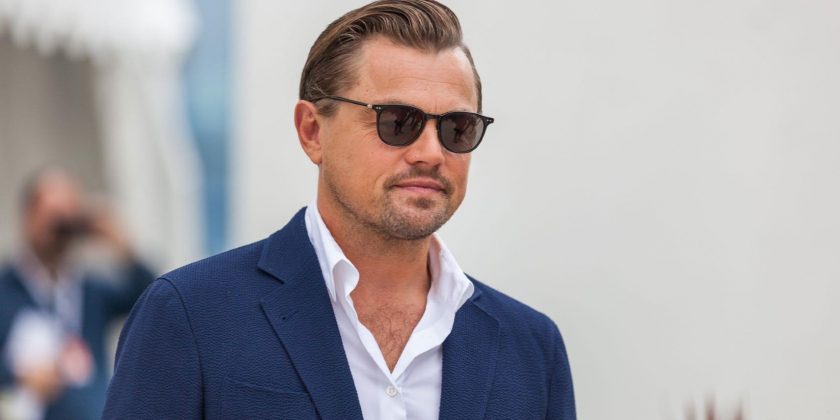 Leonardo DiCaprio loves speed, and the actor has amassed a massive $1 million car collection in his garage, which includes hybrids, electrics, and German roadsters that protect the environment.

Leonardo DiCaprio began his acting career at a young age, and he was just 19 when he received notoriety for his starring role in What’s Eating Gilbert Grape. The actor took intense dramatic roles that showcased his performances and turned into a heartthrob after portraying the character of Romeo in Romeo + Juliet. One of his most notable projects was released in 1997 with James Cameron’s Titanic. The same year, he founded the Leonardo DiCaprio Foundation to aid the environment. With a strong sense of responsibility, the actor has always lived a lifestyle that promotes sustainability and growth. With a global crisis, DiCaprio has opted to add cars to his collection that will benefit rather than harm the planet.

His car collection includes the popular Tesla models that are entirely electric and even a hybrid Porsche alongside a few SUVs that support the green movement. From Lexus to Fisker, let’s take a look inside Leonardo DiCaprio’s $1 million car collection.

The actor is often seen driving around his Lexus RX Hybrid in the streets of Los Angeles. According to The Sun, the luxury car has a combined fuel rating of 30 MPG, making it an impressive and environment-friendly ride. The turbocharged engine offers 275 HP, and the sleek design makes it a stylish ride on the streets.

DiCaprio owns the second-generation Porsche Cayenne that was first introduced at the Geneva Motor Show in 2010. The mild hybrid has been a popular choice amongst celebrities who want to use energy-reserving powerful vehicles. DiCaprio is often seen driving the car during his date nights or hitting the clubs around LA with his male friends.

One of the most famous Tesla models, it is no surprise that Leonardo DiCaprio jumped on the opportunity to purchase an all-electric luxury SUV. A safe and luxurious ride, the Model S has a jaw-dropping interior with yoke steering and a 17-inch touchscreen. The actor is often seen running errands in his sleek black SUV.

Since 2020, DiCaprio has been spotted driving Polestar 2 on the streets and for special events. The car is a mid-sized battery-electric vehicle with two electric motors that crank out a massive 402 HP. He not only drives his blue Polestar 2 for casual outings but also arrived in the same car for the premiere of his Netflix film Don’t Look Up in 2021, as noted by Auto Evolution.

A powerful SUV with an air of luxury, Audi gives a perfect combination of class and luxury with the Q7. The model has a 3.0-liter V6 engine and a 48V mild-hybrid electric system (MHEV), making it the perfect car for the actor. In January 2020, the actor was spotted driving the vehicle during a date night in West Hollywood with his then-girlfriend Camila Morrone.

When there were not many electric vehicles in the market and hybrids were yet to be introduced, Toyota’s Prius was the best-selling model in the early 2000s as people opted to choose an environment-friendly vehicle. The actor has owned the car since 2006, and the mid-size hybrid is cheap and clean to use, giving 50 miles per gallon.

Fisker Automotive has always strived to create electric vehicles that try to save the environment. As mentioned by Forbes, the company signed Leonardo Di Caprio as its brand ambassador to bring the automotive brand into mainstream media. He was the first person to own the electric Fisker Karma after its launch, with only 3,000 units of the model produced.

A mild hybrid with refined acceleration, the second Volvo in DiCaprio’s garage is equally refined for the environment as the Polestar 2. The reduction of tailpipe emissions and fuel consumption help conserve energy. He was first photographed driving the XC90 in Hollywood Hills in 2017 while meeting a few friends, and later, in 2020, he took his dogs to a park alongside his then-girlfriend Camila Morrone.

The most expensive car in Leonardo DiCaprio’s collection, the Range Rover SV Autobiography is a top-of-the-line model of the automaker and a sleek yet rugged purchase. It is equipped with a 5.0-liter V8 engine and a Graphite Atlas exterior to reduce the vehicle’s overall weight. Along with a plush interior and smooth ride on the streets, it also has off-road capabilities for an adventurous day out.

Leonardo DiCaprio purchased his Tesla Roadster in 2016, the first energy-efficient car to use lithium-ion battery cells. The actor was impressed with the electric vehicle and even joined Elon Musk to collaborate on a United Nations Project, as stated in Cheat Sheet. The Roadster is one of the fastest cars in the world, known to reach 0 to 60 MPH in merely 1.9 seconds.

Leonardo DiCaprio has a stunning fleet of vehicles that are a combination of electric, hybrid, and sustainable cars. Each car in his collection tries to preserve the global environmental crisis, and the actor has always urged people to opt for a similar lifestyle. The actor is also simultaneously working on several acting projects, with his next one, Killers of the Flower Moon, lined up for a 2023 release.

READ NEXT: A Peek Inside John Travolta’s Multi-Million-Dollar Private Jet