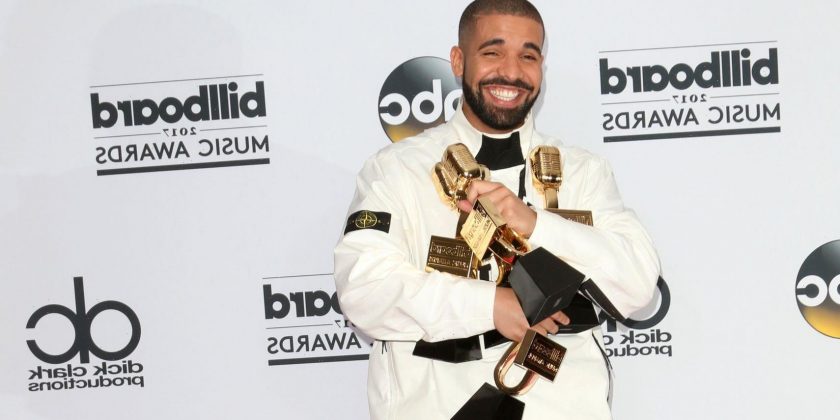 Aubrey Drake Graham, professionally known as Drake, has found himself in the limelight from the moment he became a mainstream rapper, releasing his first studio album, Thank Me Later, in 2010. His latest album, Certified Lover Boy, is the sixth addition to his list of successful album releases. To date, the Canadian rapper has an incredible net worth of $180 million, collaborating with established artists such as Lil Wayne, Jay Z, Rick Ross, Trey Songz, and Nicki Minaj. With a $20 million price tag, here are ten features that make Drake’s YOLO Estate a palace fit for the Canadian rap king.

After landing such an irresistible deal of $7.7 million for a $27 million mega-mansion, Drake could say he managed to snag this home for next to nothing! The Canadian-born rapper purchased the property back in mid-2012 after it caught his eye in 2009, and, clearly, he had intentions. The property, situated in the high-end section of California in a gates community called Hidden Hills, spans across three acres with a total of 13,500 square feet of living space. The area near Los Angeles has also been home to other rich and famous celebrities such as Kanye West, Justin Bieber, Angelina Jolie, and Miley Cyrus.

Celebrities with Drake’s status and net worth can rent out an entire movie theatre for a night if they so desire. But why bother going out to the movies when you can experience the same sound effects, adrenaline rush, and scenery from the comfort of your own home? Drake’s home cinema at his YOLO (You Only Live Once) Estate is built to seat 25-28 people. For an A-list celebrity like Drake, inviting friends over to would require entertainment and lots of it! With features such as these, who even needs to leave the house?

8 A Game Room And Wine Cellar

In addition to the entertainment options available on the luxurious property, the YOLO Estate also features a game room decked with a pools and billiards table, a foosball table, an air hockey table, and most likely many other typical game room essentials. Take into account the giant wine cellar with a separate tasting room which is also added to Drake’s list of exciting places to explore on the compound. Who doesn’t need their very own wine cellar? Especially when you’re surrounded by French Montana and the Madonna as neighbors, the parties will require a holding place for all the fine, aged wine.

7 An Array Of Bedrooms And Bathrooms

We all know Drake has had a spicy relationship history. From Rihanna to Sophia Brussaux, to Zoe Kravitz and Tyra Banks. For as long as his list of exes is, you would figure he needs some extra living space. That’s possibly why the YOLO party pad comes equipped with six bedrooms and ten bathrooms. The structure is built in the English Tudor style and dates back to 1974, and features four fireplaces as well as secret chambers, privy only to Drake. That’s a pretty impressive feature for a first date!

Secret entrances, trap doors, and reverberating rooms sound like something out of a James Bond movie, but with the net worth of one of the richest rappers in the world, movie dreams can be turned into reality. One of the most outstanding features of Drake’s YOLO estate is something every bachelor or man cave wishes for a secret bedroom entrance. When Drake bought the mansion in 2012, it came already fitted with a secret chamber connected to an old-fashion wooden-panel library that provided an entrance to his master’s bachelor suite. Now that’s an experience to remember!

What would a multi-million dollar celebrity mansion be without a personal gym? Although it’s hard to believe that someone as busy as Drake with tours, concerts, studio sessions, and other entrepreneurial ventures up his sleeve, would find the time to exercise. Nevertheless, the fully-stocked gym equipment is at his disposal. Also conveniently available for after those intense workouts is a spa and massage room. Relaxation is just a walk away when your home comes complete with the finest options for rest and relaxation. Compared to his Toronto estate, which is a 40,000 square foot home, the YOLO estate seems like a nice addition to the rapper’s collection of properties.

Drake has always had a not-so-healthy “obsession” with pools. Initially, he purchased the estate with intentions of out-classing Hugh Hefner’s Playboy Mansion estate. And for this reason, the pool aesthetics at the YOLO estate has been the talk of celebrity mega-mansions. At the center of the estate is an extravagant swimming pool with a cascading waterfall that can be remote controlled to increase or decrease pressure. To complement the simulated waterfall effect is the eighty-foot-long rock waterslide, designed to host the most outrageous parties. The feature that is likely to get people gawking the most is the man-made grotto with a built-in wet bar, TVs, and lit torches to keep the party going all night long!

What’s a celebrity mansion without an indoor sports court? If you’re living in Hidden Hills like Drake, chances are you have a professionally constructed basketball court, at least, on the compound. We are well aware of Drake’s affiliation with basketball, specifically the Toronto Raptors basketball team, for which he became the official ambassador in 2013. Therefore, it’s no wonder that he would have his own multi-purpose tennis/basketball court located on the property. When you’re tired of shooting hoops and serving tennis balls, there’s a beach volleyball court above the central section of the house. How could anyone be bored with so much to do?

You would think that as an entertainer, Drake would get enough excitement on the road touring and performing at sold-out venues. But it would also make sense that entertainers may want to step back from the spotlight and be entertained themselves. From his game room to the movie theatre, to the 80-foot long water slide and the massive pool; Drake loves a good time. But this addition is a game changer – a mechanical bull. That’s right! Drake owns his own mechanical bull as an added dose of entertainment. Visiting the YOLO estate seems akin to the late Michael Jackson’s Neverland Ranch, only it’s not PG-13.

The last amazing and probably unlikely feature to the YOLO mansion is a 5-stall horse stable. It’s hard to picture Drake riding a horse, much less owning any of his own. But that’s alright because he doesn’t own any. At least not yet. Drake is a known entrepreneur, founding the OVO Label (October’s Very Own), producing everything from clothing and beach towels to keychains and notebooks. Horse racing is an expensive investment with lavish returns, and possibly in the future, he may set his sights on horse-racing investments. But for now, his investments center around entertainment music projects, his own whiskey called Virginia Black, and real estate. In 2015, Drake bought his neighbor’s house next to the YOLO compound for $2.85 million before snagging a $4.5 million ranch-style home nearby in 2018, bringing the total number of homes owned by Drake in Hidden Hills to three. And that’s not counting the properties he owns outside the U.S.

READ NEXT: 5 Business Ventures Drake Has Pursued Outside of Rap